Want to date a celebrity? Maybe you should apply to be on "The Bachelor" or "The Bachelorette"! Members of Bachelor Nation have been known to link up with other celebs both inside and outside the world of reality television, and Wonderwall.com is rounding up all of these pairings… starting with Nick Viall and January Jones…

RELATED: Things you might not know (but should) about "The Bachelor" star Peter Weber

Demi Lovato wasn't shy about telling the world she was a fan of Mike Johnson from Hannah Brown's season of "The Bachelorette." The pop star often shared posts about him on her Instagram Stories during the 2019 season, and the attraction was mutual. In September 2019, Mike left flirty comments on one of Demi's Instagram posts, which raised plenty of eyebrows. Days later, the two met up in Los Angeles, "Entertainment Tonight" reported. "Everything went well on the date," a source told "ET." "They had been messaging and then got in touch in real life through Hannah Brown." A source told Us Weekly that the two had started "casually dating" and Mike confirmed a hookup on a September "Almost Famous" podcast with "The Bachelor" alum Ben Higgins and Ashley Iaconetti, even noting that Demi "kisses really well." But by October, things had run their course.

Another Hollywood-reality TV romance seemed to be brewing between actress Rachel Bilson and repeat "The Bachelorette," "The Bachelor" and "Bachelor in Paradise" star Nick Viall. The two got tongues wagging in July 2019 when the former "The O.C." star appeared on Nick's "The Viall Files" podcast then continued a flirtation on social media after that. In September 2019, Rachel played coy when asked by Us Weekly about what was going on with Nick, playfully demuring, "I don't want to talk about it," while pal Jaime King, who was with her, added, "That's private; we'll keep that private, for now." In December 2019, Rachel stopped teasing and told Us Weekly that she and Nick were "just friends… We've always just been friends. He's a really nice guy." According to Rachel — who at that point had started dating actor-comedian Bill Hader — all those flirtatious exchanges with Nick was two pals "just messing around."

A country music star and a former "The Bachelor" winner headed to the altar! Though Lauren Bushnell won Ben Higgins' heart and accepted an engagement ring and his final rose on Season 20 of "The Bachelor" in 2016, the couple parted ways the following year. Fast forward to 2018 when Lauren met country crooner Chris Lane. The two quickly hit it off and made their red carpet debut in November 2018 at the BMI Country Awards. Chris popped the question in June 2019 as he filmed the video for his song "Big, Big Plans" and they wed in Nashville that October.

After competing for Ashley Hebert's love on season 7 of "The Bachelorette" — but before he starred on Season 12 of "The Bachelor" — Ben Flajnik went on a date with Jennifer Love Hewitt! He opened up about the failed romance to USA Today in 2011, sharing that the actress was "nice," but ultimately he decided to go on the ABC reality show to find love.

Every good season of "The Bachelor" has a villain. And on 2012's Season 12 starring Ben Flajnik, that was Courtney Robertson. The model, who infamously delivered one of the most famous lines in Bachelor Nation history when she said on the show, "I didn't come here to make friends," ended up winning, though it was later revealed that prior to joining the show, she'd dated a famous actor. Who was he, you ask? "Desperate Housewives" alum Jesse Metcalfe was her man from 2005 until 2007. 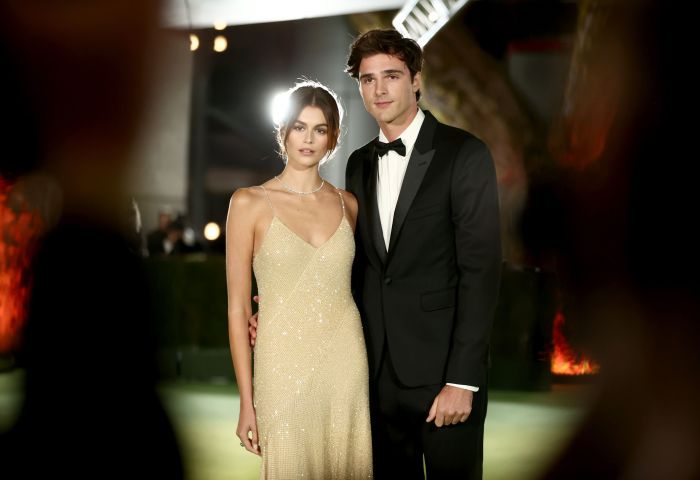