As we all come down from the chocolate-induced high of Valentine's Day, Wonderwall.com is taking a look at the latest celebrity romance news of late, starting with this unexpected coupling: Actress Rosario Dawson shared this photo of herself and her new boyfriend, comedian Eric Andre, on Feb. 14, 2017. "Happy Valentines Day my love! #MyCuddlyValentine #Valentines," the "Daredevil" actress wrote alongside the snapshot. He reciprocated with several posts of his own. Now keep reading for more celeb romance updates this week!

Famed singer Tom Jones, whose wife passed away last year, is said to be romancing Elvis' ex wife, Priscilla Presley. A friend of the pair told the Daily Mail, "Tom and Priscilla are courting. There is a spark between them but they are taking it slowly. It really is early days, but they get on so well." The duo was spotted getting out of the same Rolls Royce on the way to dinner at Craig's restaurant in West Hollywood on Jan. 25, 2017. But on Feb. 9, a spokesperson for Tom denied a romance. "Priscilla Presley and Tom have known each other for many, many years," the rep told People. "They are part of a wider social group that occasionally meet up for an evening out. There is no more to the story than that."

"The Voice" Season 3 winner Cassadee Pope and longtime love Rian Dawson are ready to take their romance to the next level. "WE'RE ENGAGED ❤❤❤❤❤❤❤❤❤❤❤❤❤," the singer captioned a photo of herself, the All Time Low rocker and her beautiful ring on Feb. 10, 2017. He posted the same pic with the caption, "The love of my life is now OFFICIALLY the love of my life. Never been happier. :)." The duo has been dating seriously since early 2010.

Adam Levine was known as a modelizing bachelor before he settled down with Behati Prinsloo. Since welcoming daughter Dusty Rose, it seems he's changed even more. On the heels of this adorable family moment at Adam's Hollywood Walk of Fame star ceremony on Feb. 10, 2017, Levine gushed about his wife and daughter on "The Ellen DeGeneres Show." "I have a daughter, I have the most beautiful wife in the entire world," Adam shared with Ellen. "I am one of the luckiest people who's ever lived and it has nothing to do with me. It has to do with the people who love me the most, and so I thank all of those people. I can't do it individually, but I thank you all." Too sweet!

Lady Gaga's got a new man! It was reported on Feb. 9, 2017, that the superstar is currently dating CAA talent agent Christian Carino. According to People magazine, the duo were first spotted together at a Kings of Leon concert in Los Angeles and also got cozy during the Super Bowl! They also hit a Grammys afterparty together. Christian has previously dated "The Walking Dead" star Lauren Cohan.

Fans of "Dancing with the Stars" were surprised to learn last fall that contestant Amber Rose had started dating Valentin Chmerkovskiy, the brother of her partner, Maksim Chmerkovskiy. Now nearly five months later, their passionate romance is over, it was revealed on Feb. 10, 2017. Amber took to Instagram to share the following note: "And to the Awesome person I got to spend the past 5 months with (Val) and I broke up due to our own personal reasons but we still care about each other tremendously and we love each other's families even more… Nobody got dumped and nothing we do over here is malicious its just how life works sometimes."

Amber Rose, fresh off her split from Val Chmerkovskiy, raised eyebrows when she got close to (and even shared a smooch with) ex-husband Wiz Khalifa at a pre-Grammys party on Feb. 11, 2017. After news started circulating claiming that the two were back together, Amber took to social media to set the record straight, explaining, "We've been through hell and back so a kiss on the lips for a photo and a night out of fun is not a big deal for either of us, we are in a great place but we are very much still divorced and not together."

Our new favorite royal couple, Prince Harry and Meghan Markle, have continued their low-key love fest in London. While some of us were trying to get reservations for Valentine's Day dinner, Meghan and Harry were "together at Kensington Palace," an insider told Us Weekly of their Feb. 14, 2017, plans. "Tonight, she and Harry are staying in for Valentine's." If we were dating Harry, we would too!

Moments after Adele won the coveted Album of the Year award at the 2017 Grammys, she seemingly confirmed a theory that reports have been speculating about for a while now: She secretly got married! During her acceptance speech, Adele implied that she's now Mrs. Simon Konecki when she said, "Grammys, I appreciate it. The Academy, I love you. My manager, my husband and my son — you're the only reason I do it."

Nicole Kidman confirmed some major romance news from the past this week when she opened up about her early '00s relationship with Lenny Kravitz — confessing that she and the musician were once engaged! When asked about working with Lenny's daughter Zoe Kravitz on the upcoming show "Big Little Lies," Nicole told NET-A-PORTER's digital magazine The Edit, "Well, I knew Zoe because I was engaged to her father. It's all in the family!"

Selena Gomez and The Weeknd have been hot and heavy for a minute now, but it seems she's really stepped up her girlfriend game! For his 27th birthday, The Weeknd took some of his famous friends to Dave & Buster's in Hollywood and racked up a whopping $30K tab — which Selena covered, reports TMZ, even though she was away at New York Fashion Week. Talk about being "Good for you." 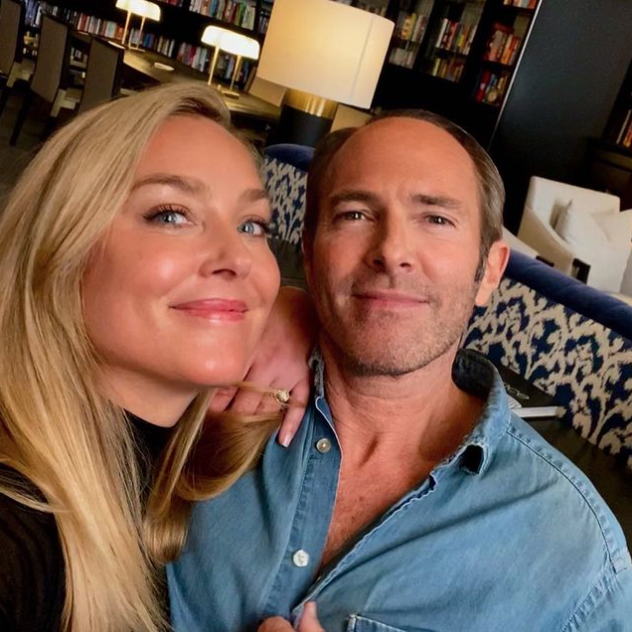