They may have ended their romantic relationship, but some fans out there want to believe Lady Gaga and Taylor Kinney are clearly still feeling the love. As Lady Gaga performed the Super Bowl Halftime Show in Houston on Sunday, Feb. 5, a photo of Taylor at a football game surfaced on social media with the caption, "Taylor Kinney is at NRG Stadium to see Lady Gaga's#PepsiHalftime #SuperBowl show!" Sweet, right? Maybe — except for the fact that the photo is from 2015, according to the Daily Mail. It was first posted with the caption, "Channeling Super Bowl XLIX 🏈❤💙🙌🏼🍻#GoPats #Legacy," a reference to the game Taylor attended two years ago. That said, Gaga and Taylor have made it clear they still love each other since she first announced their split in July. "Taylor and I have always believed we are soulmates," the Mother Monster wrote on social media at the time. "Just like all couples we have ups and downs, and we have been taking a break. Please root us on. We're just like everybody else and we really love each other."

Did Johnny Depp cut ties with his longtime agent because of money problems? The actor is suing — and being countersued by — his former managers, who claimed in court papers Johnny spends money wildly and shells out $30,000 a month to ship is wine collection to himself all over the world. Now, a source tells the New York Post he quit working with his longtime agent because they wouldn't give him a break on their fees. In October, "Depp told Jacobs and UTA he no longer wanted to pay their commissions," said the insider. "But they pushed back. He reportedly signed with the company's competitor, CAA, which the Post's source says was "sensitive" to Johnny's financial situation, which included a $7 million payout to charities on behalf of his ex, Amber Heard, as part of their divorce settlement. The insider also pointed out Johnny may have simply wanted to explore new agent options. "He was with Tracey Jacobs for a gajillion years — their relationship had run its course," the source said. "He was looking for a change."

Nicole Kidman landed a new role — as Neutrogena's Global Brand Ambassador. People reports the 49-year-old beauty's first commercial for the brand is set to air during the Oscars on Feb. 25. "I think when you're really young, there's cleanser and moisturizer, that's it," she says in behind-the-scenes teaser for the ad. "For me now, obviously, I'm of course looking to keep my skin as young as it can be. I mean, we all are, I think. So, I'm looking for products that can help that." Speaking to People, she explained that teaming up with Neutrogena felt the "right marriage" because she was already a fan of their products, including Neutrogena's SPF 100 sunscreen, which she uses on herself and her family in the hopes of avoiding skin cancer. "I've grown up with an awareness of it. But [I'm] still always trying to teach people about it, as is Neutrogena," she says of the disease. "What would be so great would be to reduce skin cancer in the world." Prior to Nicole, Neutrogena Brand Ambassadors have included Kristen Bell, Julie Bowen, Jennifer Garner, Olivia Holt, Hayden Panettiere and Kerry Washington.

Poor John Legend! Chrissy Teigen recently announced she's starting a book club with Kim Kardashian and their stylist friend Jen Atkin — but John isn't sure he's allowed to hang with the literary crew. "I don't know if I was invited!" he told E! News at a Super Bowl party over the weekend. "I didn't see my name on the tweet. I think it might be just the ladies." E! Also asked about Chrissy's proclivity for inciting conservatives on social media by posting what she thinks with no holds barred. "Oh, she knows what she's doing," said John. "She knows what she's saying and she knows when it'll get a little bit of feedback, positive or negative, and she's strong enough and smart enough to handle it." The singer added that he's "excited" about his wife's next Sports Illustrated shoot. "I'm very proud of her," he said. "She's an awesome woman."

Why Morgan Freeman isn't scared of the Trump administration

Unlike many of his pop culture peers, Morgan Freeman remains optimistic about Donald Trump's presidency — at least that's how he was feeling when he sat down with AARP for the magazine's February/March cover story. "As for politics today, I supported Hillary in the election, and now it feels like we are jumping off a cliff," he said (via Celebitchy.) "We just have to find out how we land. I'm not scared, though. I'm holding out hope that Donald Trump has to be a good president. He can't not be. What I see is a guy who will not lose." When it comes to his own record of winning — Oscars, not presidencies — the 79-year-old said he's happy with the upsides of being nominated. He took home a Best Supporting Actor Oscar in 2005 but it wasn't exactly the most exciting moment in his life. "The truth? It was anticlimactic," he said. "I was up for best actor three times. The Oscar for Million Dollar Baby was for best supporting. I keep the statue at home in a little room in Mississippi that has tchotchkes in it, and all of the high-end awards are there: the Screen Actors Guild, the People's Choice, Golden Globe. I've stopped waiting for the Best Actor Oscar, because you get to a point where it's better to be nominated over and over. It's more fun that way. You get to stay in that crowd."

The Trump Era comes with its own set of complications for politically minded comics like Stephen Colbert and simply keeping up with the president and his administration is one of them. "The speed at which the news changes with President Trump is extraordinary," the "Late Show" host told the New York Post this week. "We tape the show at 5:30 p.m., but sometimes we have to change the show at 5 p.m. — after rehearsal, when everything is done — we are writing a whole new first act based around something that he has said or done in the last half hour. The balls are coming over the plate so fast with him and I think that's intentional. They [the Trump administration] want their actions to be almost un-discussable. They want to swamp the real media." 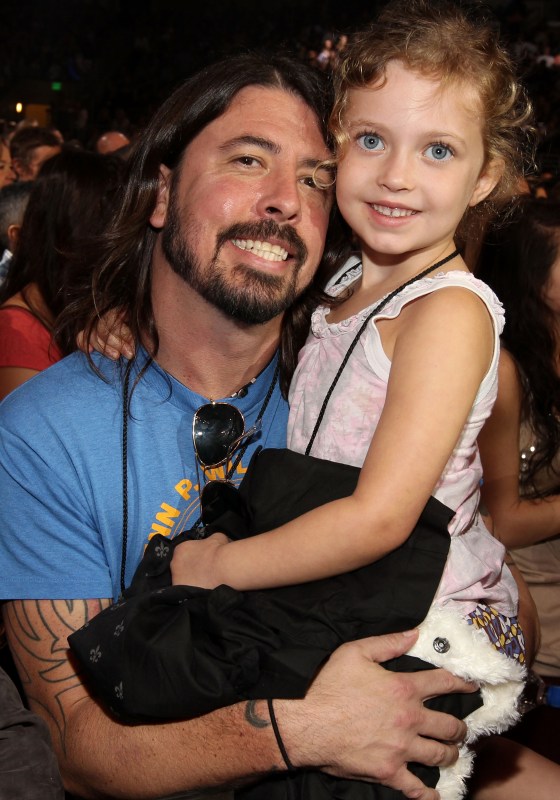