Hailey Bieber wants to increase the peace! And we're guessing she has Swifties in mind … Us Weekly reports the newly married model shared a quote from the Bible on Monday, Oct. 7, that seemed to be a reaction to some flack she and Justin Bieber caught after he reenacted the hilariously weepy video of Taylor Swift eating a banana while still doped up on post-surgery pain meds. Taylor's mom sent the video to Jimmy Fallon, who showed it when she appeared on "The Tonight Show," so one would think it was fair game for Justin to tease — and equally fair for Hailey to have a chuckle over it, as she did in the video Justin shared of him having a similar banana experience. Taylor's fans were still fiercely protective of the singer, though, and went after both Hailey and Justin. At first, Hailey apologized but told one fan not to waste their energy being angry at someone they don't even know. Then on Monday, Hailey added this quote to her Insatgram feed: "How wonderful, how beautiful, when brothers and sisters get along!" the quote posted to the 22-year-old's Instagram Stories read. "It's like costly anointing oil flowing down head and beard, Flowing down Aaron's beard, flowing down the collar of his priestly robes. It's like the dew on Mount Hermon flowing down the slopes of Zion. Yes, that's where God commands the blessing, ordains eternal life. Psalm 133:1-3."

Selena Gomez shares a super-relatable, makeup-free selfie from under the covers

Selena Gomez would like to remind the world that being perfectly made up and super-outgoing on a red carpet is not the norm for anyone. For Selena, chilling under the blankets with no makeup on apparently is. She shared a sleepy-yet-sweet selfie from bed on Monday, Oct. 7, captioning it, "Me, all the time." The post quickly eanred more than 7 million likes, according to E! News. Fans didn't just click the "like" button, either. "Beautiful, all the time," one told the singer. "Yeah you're right," wrote another. "You are beautiful ALL THE TIME." We couldn't agree more.

Priyanka Chopra 'can't wait' to have children with Nick Jonas

As her one-year wedding anniversary nears, Priyanka Chopra definitely sounds ready to expand her family with Nick Jonas. The "Sky Is Pink" star stopped by "Today" this week to talk about the new film, but E! reports that when the discussion turned to Nick, Priyanka admitted she "really can't wait" to be a mom. "There's so much that happens in our lives, but whenever God blesses us with it, it's something we both definitely want," she told Hoda Kotb. While Priyanka's promoting "The Sky Is Pink," Nick's preparing to appear on "The Voice" as a coach in Season 18. "He knows about music so much. He's literally been a music prodigy since he was 7 years old, so I think it'll be amazing to see him working with new musicians and adding to that," Priyanka gushed of her husband's musical skill. She also warned that Nick's competitive, telling the camera, "Blake [Shelton], you better watch out."

Always read the fine print! Alec Baldwin learned that lesson the hard way recently when he and Hilaria Baldwin tried to take their kids out for a sightseeing tour of the Statue of Liberty. Turns out that after forking over $40-plus per ticket, they got duped — and almost bussed right out of the city."I kid you not. We paid. Then we read the tickets," Alec griped in an Instagram post after realizing what had happened (via Page Six). Turns out the bus they were told to get on was not taking them anywhere near where they thought they were going. Instead, it was bound for Liberty, New Jersey. "NO ON [sic] EVER MENTIONED NEW F***ING JERSEY!!!" Alec added. "This is a scam," the "30 Rock" alum warned fans of the fake tickets they'd been sold. He and Hilaria did manage to save the day, though, thanks to the Staten Island Ferry, which is both free and goes right past the Statue of Liberty. "Take the SI Ferry," Alec advised. "It's the best ride in NY."

Sarah Hyland asks Vanessa Hudgens to be her bridesmaid

When Sarah Hyland and Wells Adams tie the knot, Vanessa Hudgens will be there to support her fellow actress and friend of more than 10 years as a bridesmaid. Vanessa shared the news on her Instagram Story this week, showing off the gorgeous wooden box engraved with her name that Sarah had sent her. We're not sure what pre-wedding goodies were inside it, but Vanessa tagged Sarah in the post and included a "bridesmaid" sticker, according to People. The couple got engaged over the summer after meeting on social media (Sarah's said she had a crush on Wells since she saw him on "The Bachelorette"). They have not shared a wedding date publicly but Wells recently told ET they're hoping to "just enjoy this little time" before going into full-on planning mode — in spite of Sarah's apparently immediate, post-proposal obsessions with wedding-related Pinterest categories.

Portland music fans discovered more risks associated with vaping on Monday, Oct. 7 — show stoppage. And cursing. It seems Lana Del Rey's vape pen went missing during her performance at Portland's Moda Center, causing her to stop singing, start dropping "F" bombs and continue keeping the show on hold as she looked for it all over the stage. "I got a ticket to lana del rey last night and she just spent the whole show trying to find her lost vape lmao," tweeted one vaguely amused concert-goer. Others shared footage of Lana wandering around the stage cussing about where her vape had gone. She apparently gave up eventually, easing her way out of the crisis by inviting the audience to join her in a sing-along for the song, "Video Games," according to Paper. By that point, the reviews were in, though. "Favorite part of the Lana Del Rey show," tweeted a fan, "is when she lost her vape and had everyone search for it on stage while she swore."

James Van Der Beek and his wife, Kimberly, are expecting baby No. 6! James, 42, and Kimberly, 37, announced the news on Instagram on Monday, Oct. 7, as well as on that night's edition of "Dancing With the Stars," which showed the couple going to get their first ultrasound of the baby. After going through three miscarriages, James admitted that "hearing the heartbeat was … something you never take for granted," according to People. The actor mentioned the miscarriages in his social media post, as well, telling fans that part of the reason they allowed the "DWTS" crew to follow them to the doctor's office was that he and Kimberly have "been through three of those first appointments to discover either no heartbeat, or no baby, and she wanted to share this moment." In his post, he went on to say he and his wife want to help destigmatize miscarriage — and noted that even the word itself "needs a replacement [because] nobody failed to 'carry,' these things sometimes just happen). Urging other parents dealing with miscarriages to allow themselves "space to grieve," James said he and Kimberly "decided to put ourselves out there – not knowing what we'd find – in an effort to chip away at any senseless stigma around this experience and to encourage people who might be going through it to open themselves up to love & support from friends and family when they need it most." He also revealed this doctor's visit had a happy ending, writing that, "this time- we walked out with tears of joy." James and Kimberly's baby-to-be joins sibs including Olivia, 9, Joshua, 7, Annabel Leah, 5, Emilia, 3, and Gwendolyn,who was born last year.

Britney Spears' boyfriend, Sam Asghari, totally supports her recent announcement that she's "taking this transition in my life to focus on what I really want." ET caught up with Sam this week and asked about her post, which came after her father's illness, her residency cancelation and new activity including a hearing about her conservatorship. taking time to focus on what she wants is "a great message," Sam told ET. "The same goes with me," he continued. "I always take some time away from everything on myself. You gotta do that stuff in order to stay on top of your career, stay on top of your life, so you can have more to offer to your family members and people that you love the most." Britney and Sam have been dating for about three years, having met on the set of one of her videos.

Jennifer Aniston does not want to hear from any would-be matchmakers, thankyouverymuch. In a chat with Howard Stern on the Monday, Oct. 7, edition of his SiriusXM show, the oft-visited subject of the star's romantic life came up for what we imagine was the 100 billionth time during an interview. Jen, who stars alongside Reese Witherspoon in next month's "The Morning Show," politely but firmly assured Howard that she's got too much going on to think about dating. "I'm very busy. For now. I'm promoting ['The Morning Show']," she explained, adding that she's currently "prepping for next season." Howard didn't let it go, though, and offered to set her up with someone, according to TooFab. Turns out that's exactly the thing she despises the most when it comes to dating. "Hey, listen, I just don't like being set up," she said. "I don't like it. I hate it." The interview also touched on her decision to turn down multiple "SNL" offers from Lorne Michaels (she recalled telling him the show was "such a boys club" at the time and she thought the women involved deserved to be "treated better") as well as her split from Justin Theroux in 2017. Though they have said the split was amicable, Jen admitted that after they separated and she noticed Justin was being photographed with various actresses and models, she sought help from a therapist to process things.

"A messed-up family reunion." That's how Aaron Paul described the experience of reuniting with the cast and crew of "Breaking Bad" while they shot the top-secret "El Camino: A Breaking Bad Movie" in a chat with ET at the Netflix film's premiere this week. "We were really truly such a family, and it felt like a crazy sort of messed up family reunion just telling the same old messed up story," he said. "It was a lot of fun, so much fun." It sounds like he had fun keeping the details about the project quiet, too. "I love surprising people, I love lying to people, you know, it's easy for me," he said, laughing. "We had a fake name for the film. I told my wife, obviously, and my parents, and a couple of my friends, but everybody else, I said I was doing a small little indie project in New Mexico and no one second-guessed it." 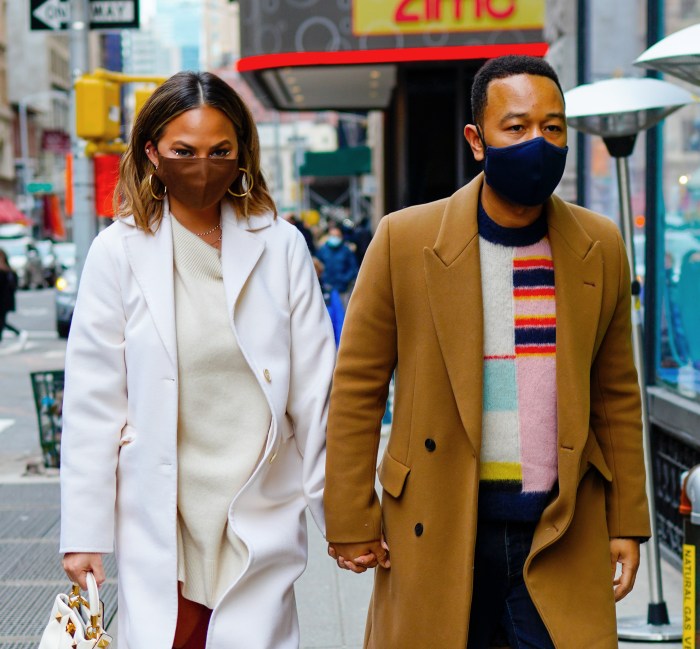 Up Next Big Apple Love