Kourtney Kardashian is rumored to be trying to work things out with her ex, Scott Disick, but if a tweet she posted Thursday, Jan. 12, is any indication, she may not be ready to take him back yet. Without offering any context, the reality star tweeted, "I've got trust issues," as Scott was hanging out with Kourtney's sister, Kim Kardashian West, ahead of her first official public appearance in Dubai. Shortly before Kourtney and Scott split in 2015, he was photographed looking affectionate with an ex. He later went to rehab and has reportedly cut back on partying in the interest of winning back the mother of his children. "I feel like every day is different, but we're totally getting along," Kourtney said on "Ellen" last year. "Like, we have three beautiful kids together … But, you know, he's family. He'll always be."

It's never too soon to begin bowing down to Queen Bey, a truth Jason Sudeikis and Olivia Wilde have clearly come to understand. Their 2-year-old son Otis is already a card-carrying member of the Beyhive and he has Beyonce's autograph to prove it. "She sent him a signed photo for his second birthday though, which is pretty adorable," Jason told Andy Cohen this week on "Watch What Happens Live" (via E! News). "His second birthday was a Beyoncé-themed party. It was great." Not as great as Otis' pet name for the singer, though. Otis' mom, Olivia, told Ellen DeGeneres last year that her little boy got to know Beyonce and her music during a flight when Olivia needed him to relax and had only an iPad's worth of Beyonce videos to offer as a distraction. "I just put those on for him and he was really taken and he really zoned in on one in particular, that's the one, 'Yonce,' which is arguably the most sexually explicit video ever made and he was like, 'Oh, yeah, yeah,'" she said. "And from that point on, he called her 'Beyoncé Boobies,' which I think is great. Because most people, if you're gonna call her, you call her, like, 'Beyoncé booty'…but he right now is still here, he's still thinking in this zone," Olivia said. "And he is absolutely in love with her."

Did The Weeknd sing about Selena Gomez in 'Party Monster'?

After photos of Selena Gomez making out with The Weeknd surfaced this week, fans are trying to figure out if there may have been a clue to The Weeknd's interest in the singer hidden in the lyrics to his song, "Party Monster." The line in question, "Ooh, she mine, ooh girl, bump a line / Angelina, lips like Angelina / like Selena, a– shaped like Selena," isn't exactly sonnet-worthy but Us Weekly notes that it could be about either Selena Gomez or the singer she was named after, Selena Quintanilla-Pérez, who was often called the Queen of Tejano music. "… so that's why party monster by the weeknd has the lyrics "like selena, ass shaped like selena," one user wrote on Twitter alongside pics of The Weeknd embracing his apparent new love. "In the song Party Monster when The Weeknd says '..like Selena, ass shaped like Selena…' he's referring to THE Selena right? Not Gomez…," another fan asked on Twitter. The consensus seems to be that the reference is about the elder Selena. "In Party Monster i can bet my life that The Weeknd is talking about Selena Quintanilla not Gomez," read one tweet in the conversation. Another sounded annoyed that there could have been any confusion: "Y'all know damn well the weeknd was not talking about selena gomez's ass in party monster. stop trippin like this." "Party Monster" appears on the 2016 album "Starboy," which came out in November.

"Girls" star Jemima Kirke quietly split from her husband Michael Mosberg last summer, according to a new report from Us Weekly. It's not clear why the parents of two decided to call it quits after seven years, but Us points out Jemima recently admitted Michael was not comfortable with Jemima's decision to start drinking again given that they met in rehab and he runs a recovery center in Brooklyn, New York. "Mike was nervous at first," Jemima told the Telegraph last year. "He said, 'Look, I would never tell you what to do; you are an adult — just don't f–k it up.' He had every right to be scared, he knew my story. But I was a different person back then. I was in my early 20s. I didn't have children." A source says Michael was using the dating app Raya in July, suggesting he and Jemima split at some point before that.

Did Jaden Smith fail a driver's test? The 18-year-old shared and deleted a video on Instagram this week in which he's sitting in a car at the DMV. "It's going to be so funny to tell my dad that I've failed straight up," he says of his famous father, Will Smith, according to the Daily Mail. After that, Jaden gets introspective and says he plans to get away from certain aspects of life in Los Angeles. "I'm about to move out of LA. There's a lot of bad things here. Create the life that you want for yourself," he says. "Everybody follow your heart, you know what I'm saying? Do exactly what you want to do, be who you want to be. Don't try to be somebody else. It's hard these days to really create the life you want for yourself because there's nobody really here that's like supporting the youth or the youth's creativity." Jaden signs off on the post by looking ahead to his plans for the future. "At the end of 2017, I'm gonna do some dope, some really, really dope, inspirational stuff that's beyond just music and clothes," he says. "Nothing about this life makes any sense. Why aren't we Instagramming Live about people saving lives?'

Joseph Fiennes' turn as Michael Jackson on "Urban Myths" won't air after all. Following online protests about Sky Arts' decision to cast a white British man as one of the music world's most revered black Americans, the network announced this week the episode had been yanked. "We have taken the decision not to broadcast 'Elizabeth, Michael & Marlon,' a 30 minute episode from the Sky Arts Urban Myths series," a rep for the network wrote on Twitter (via Jezebel). "This decision was taken in light of the concerns expressed by Michael Jackson's immediate family. We set out to take a light-hearted look at reportedly true events & never intended to cause any offense. Joseph Fiennes fully supports our decision." Among the family members who spoke out about the controversy was the King of Pop's daughter, Paris Jackson, who said on social media the casting choice made her "want to vomit."

Kim Kardashian's robber had an AK-47

At least one of the suspects charged this week in Kim Kardashian's robbery in Paris was reportedly armed with an AK-47, according to TMZ. The website reports other charges for the six new suspects arrested by French police include "being in an organized gang, kidnapping and criminal association … acquiring and possessing ammunition, and impersonating and holding false administrative documents." Earlier this week, Kim's lawyer said she had congratulated the police involved with apprehending the suspects.

Gwen Stefani is being sued over her Pharrell collaboration, "Spark the Fire." According to GossipCop a hairstylist named Richard Morrill filed suit against both musicians and Interscope Records in Colorado this week on grounds of copyright infringement. In the suit, the plaintiff claims he gave Gwen a recording of his song, "Who's Got My Lighter" after playing it for her when he was coloring her hair in 1988. "The rhythm, melody, and background music during the chorus of 'Spark the Fire' is almost identical to the chorus of 'Who's Got My Lighter.' They are sung in the same key," he says in court papers. 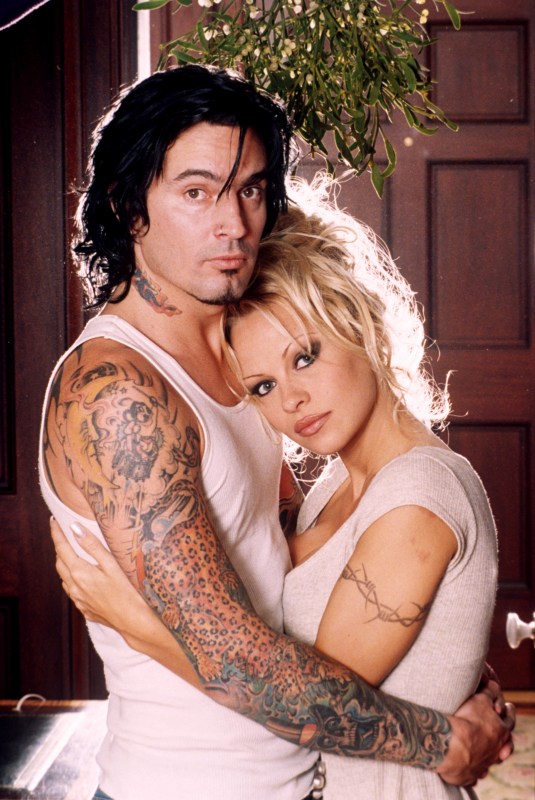