Kylie Jenner gets emotional as COVID-19 hits close to home

Despite the Kardashian-Jenner family's dutiful social distancing efforts, Kylie Jenner found herself shaken recently when she learned someone in her inner circle contracted the coronavirus. "It's just scary when someone so close to home has tested positive," a teary-eyed Kylie says in a teaser for the end of Season 18 of "Keeping Up With the Kardashians." She doesn't reveal who has COVID-19 in the clip, but Page Six reports Kris Jenner was tested after being exposed to someone who had the disease; the momager's test was negative. Kylie, meanwhile, seems to be in quarantine with her daughter Stormi and her (maybe) ex, Travis Scott, who Kylie gushed about in a loving Instagram post this week. "KUWTK" is now on a quarantine hiatus until September. But as executive producer Farnaz Farjam told BuzzFeed last week, the cast members have been filming themselves, as Kylie appeared to be doing when she opened up about being scared someone close to her has the illness. The rest of the teaser showed more self-taped video snippets of the family as with the new realities of the pandemic — one of which could be a reconciliation between Khloe Kardashian and Tristan Thompson. At one point in the clip, Scott Disick asks during a video conference call if Khloe Kardashian has "slept with Tristan yet" while in quarantine. Kim Kardashian West responds, "100 percent."

RELATED: The best livestreams and concerts to watch while social distancing

Wendy Williams has every intention of wading back into the dating pool when the coronavirus pandemic ends. But there will be some changes. "I want to date, and there will be no kissing on the first date," Wendy tells "Extra." "Even those rules have changed for me." The show host finalized her divorce from Kevin Hunter in January, but she's been sharing the ups and downs of her single life with fans since she and Kevin split. So is she willing to tie the knot again sometime? Yes — but again, there would be changes from how she handled things her first time around. "I am a hopeless romantic," said Wendy, 55. "I would get married again with a very simple prenuptial agreement. Basically, what's yours is yours and what's mine is mine." She's also no longer interested in the public aspect of a wedding, saying she "wouldn't walk down the aisle." Instead, she says, "I would like to get married in a hotel room. We don't even have to go on a honeymoon. I don't care."

Friday marks exactly one year since Joe Jonas and Sophie Turner said "I do" — to an Elvis impersonator officiant as Diplo livestreamed the proceedings — in Las Vegas after the 2019 Billboard Music Awards. And while they eventually staged a more traditional wedding in France, the singer acknowledged this week during a chat with James Corden that he might have something in the works to honor the couple's "Vegas anniversary," even though he and Sophie have tried to back off from their previous habit of celebrating their relationship "every few days." "So it'd be like we've been dating for a week, we'd have a party or we'd have a big dinner," he recalled (via Elle). "Or like, it's been a month. And we were that nauseating couple. But now I think we've chilled out quite a bit." Still, he said they probably would have returned to Sin City this weekend were it not for the pandemic. "So if you can keep a secret, I would say I might try to recreate Vegas in my house," Joe teased. "I have a DJ set up. We can do a nightclub. I'm trying to think what else …" When James suggested Joe dress up like Elvis this time, the singer got excited. "Now you're talking!": he said. "And I could be like that Elvis and just start doing interviews so you could call in and I could like, pretend to be him. He actually did like a full press [tour]," he said of the Elvis who pitched in at his wedding. "I imagine you could get that Elvis to Zoom in on a FaceTime call with you," James offered, to which Joe replied, "This time I'll make sure he signs an NDA."

RELATED: How the pandemic is affecting Hollywood wedding plans

Trevor Noah is reportedly paying the salaries of 25 "Daily Show" crew members who were furloughed when Noah began filming the newly christened "Daily Social Distancing Show" at home. Variety reports that with longtime studio camera operators, techs and others unable to pitch in on the remote show, the host decided to continue paying them — out of his own pocket. "These are the people who have been on the show with Trevor from day one and help him put on the show. Trevor is…covering their salaries until the production business opens again," a source told the outlet. "He respects his crew tremendously and feels it's only right that they get [through] this together."

One thing you can file under Pandemic Silver Linings? Creative "quaran-color," to borrow a phrase coined by Sarah Michelle Gellar. The latest and greatest example of which was delivered this week by Ruby Rose, who now has a perfectly symmetrical half pink, half blue buzzcut. "What can I say!?" she captioned a handful of pics of the new look on Instagram on Thursday. "Sometimes you just need to feel blue and other times you need pink to lighten your day." Fair enough. Ruby's actually been exploring random hair options for much of the past two weeks, adding magenta to the ends of her then slightly longer mop-top look in mid-April before buzz cutting her head — or most of it, anyway. She did leave one long strand near the front. "I have a mullet now," she posted a few days later. "His name is Gary."

A judge in London delivered a setback to Duchess Meghan on Friday in the pre-trial for her against a major British tabloid group. According to CNN, the court dismissed claims that Associated Newspapers, which publishes the Daily Mail and the News on Sunday, "acted dishonestly and in bad faith," "deliberately dug up or stirred up conflict between Meghan and her father," and had an "obvious agenda of publishing intrusive or offensive stories about [her] intended to portray her in a false and damaging light," when it published edited excerpts of a 2018 letter Meghan sent to her dad, Thomas Markle. The defendant challenged the claims on the basis that they were "irrelevant," and the court agreed, allowing the publisher to strike the allegations from the suit. The loss for Meghan is not necessarily a harbinger of an overall lost case, though, as the judge said the portions of the case that he dismissed this week could be revisited during the trial. Meghan is suing for breach of copyright, invasion of privacy and the violation of her data rights, according to the Daily Beast.

Guess who's a dad?! After Anderson Cooper revealed on Thursday on CNN and on Instagram that he's welcomed his first child, Wyatt Cooper, the new dad's famous pals sent their love and congratulations on social media. "'New life, new hope!'" exclaimed Anderson's friend Andy Cohen who, like Anderson, used a surrogate, to have his son Benjamin last year. "Wyatt Cooper, you couldn't have come at a better time! I know a friend who can't wait to meet you!" he added, implying Benjamin and Wyatt have some playdates ahead. "This is so beautiful! ❤️," Busy Phillips wrote on Instagram. "Welcome to the world Wyatt Cooper! Congratulations ❤️." Alyssa Milano posted, "Now the fun really begins. Congratulations. I'm so thrilled for you," while Jake Shear of the Scissor Sisters, wrote, "What a smile!! So thrilled for you guys 🙂 This is beyond joyful ❤️❤️❤️❤️." Other celebs who reached out included Mark Conseulos, Ricky Martin, Don Lemon, Rosie O'Donnell, Leslie Jordan, Olivia Munn, Karlie Kloss, Amy Sedaris, Molly Shannon, Christian Siriano, Lisa Rinna, Rachel Zoe and more, according to People. In his original post, Anderson explained that Wyatt was named in honor of his late father, who died when Anderson was just 10, and said he believes his mother and brother, who have also passed on, "can see" Wyatt and "are happy knowing that their love is alive in me and in Wyatt."

Mariah Carey throws a virtual birthday party for her twins

'Dem babies' are 9! Mariah Carey and Nick Cannon's twins celebrated their birthday virtually this week with a dance party that the birthday boy and girl joined in while watching their friends on a giant screen. "Happy Birthday Roc & Roe!!!!" Mariah wrote alongside a pair of cute photos of the siblings. "🥳🥳🥳🥳 My babies are 9 😭 I love you so much ❤️❤️❤️❤️❤️❤️ #dembabies #virtualparty," she added. In addition to the kids who video conferences in for the shindig, Roc and Roe got plenty of love on social media from their parents' famous friends, including Jermaine Dupri, Randy Jackson, Catherine Zeta Jones, Naomi Campbell, Chaka Kahn, Millie Bobby Brown and Heidi Klum.

Remember when Jennifer Aniston joined Instagram and promptly posted a "Friends" alum hangout pic that got so much traffic her feed crashed? Well, Chris Evans joined the 'Gram this week and while he's unlikely to experience a similar tech malfunction, he's certainly getting a whole lotta love without much effort so far. As of Friday afternoon, the "Avengers" star had posted just one thing — a photo of a tree. On a road. With some dirt. In the background, there are some more trees (and more roads, you get the picture). Within one hour, Chris had more than 200,000 followers and the tree had been liked nearly 117,000 times, prompting one commenter to note, "this is probably the most liked tree in history."

On Thursday, soon-to-be mother of five Hilaria Baldwin marked what would have been her due date had she not lost the daughter she was carrying last year. Sharing a video of flowers being rustled by a breeze, Hilaria wrote that she and her husband Alec Baldwin and their four children "wanted to meet you so much," before promising to be strong aa the due date came and went. "I have been afraid of this day to come—but it is here and I will be brave," she continued. "You were so loved and you always will be. I think of you every day and I wish so much that our path had been different. Mommy loves you, my sweet girl." Hilaria, who suffered two miscarriages in seven months last year, recently said she's halfway through her current pregnancy, according to Page Six. 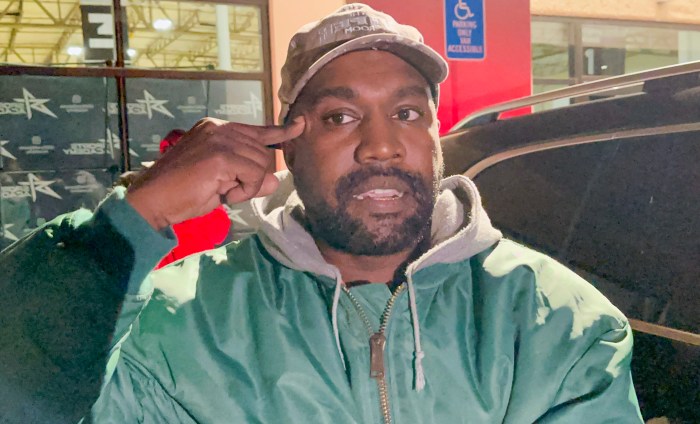