One day before her scheduled performance of the National Anthem Joe Biden's presidential inauguration, Lady Gaga took a moment to share a prayer for peace. "I pray tomorrow will be a day of peace for all Americans," she wrote alongside a selfie taken from the U.S. Capitol building, the site of this month's violent insurrection, on Tuesday, Jan. 19. Gaga continued: "A day for love, not hatred. A day for acceptance not fear. A day for dreaming of our future joy as a country. A dream that is non-violent, a dream that provides safety for our souls. Love, from the Capitol 🇺🇸." Lady G, who previously stumped for Joe Biden and Kamala Harris on the campaign trail, said last week that she was "deeply honored" to have been invited to perform at the inauguration.

Dolly Parton issues a 'call for kindness' on her 75th birthday

Happy birthday, Dolly Parton! The singer and songwriter turned 75 on Tuesday, Jan, 19, and she marked the milestone with a "call for kindness" as her sole birthday wish. "We can't just hope for a brighter day, we have to work for a brighter day," she tweeted. "Love too often gets buried in a world of hurt and fear. We have to work to dig it out so we can share it with our family, our friends and our neighbors. So today, Jan. 19th, let's get to unearthing love." On her website, Dolly elaborated on that idea in an open letter. "My wish is that everyone does something a little different today. Let's call it a call for kindness," she wrote. "If you want to donate to your favorite cause, then donate. If you want to give an old friend a call during these lonely times, give them a call. If you can safely volunteer, then raise your hand to do so. If you decide that today is the day you get a dog, then run down to the shelter and find your new buddy. The choices are limitless." She reiterated the importance of working hard, then told fans: "Love is more contagious than a virus so let your best self shine in a glorious light and others will be inspired by you. This is my birthday wish and may your birthday wishes also come true."

In the wake of the violent Capitol riots and a year of growing divisions over issues like police brutality and the pandemic, Jennifer Lopez is anxious about her upcoming performance at President-elect Joe Biden's inauguration. That's according to her fiance, Alex Rodriguez, who shared some of his wife's concerns with Jimmy Fallon on the Monday, Jan. 18, edition of "The Tonight Show." "It's been such a crazy year for her. So many blessings, but to think in a span of 12 months, she's done the Super Bowl, New Year's and now the inaugural, it's unbelievable," Alex said of Jennifer's major recent performances, according to ET. "What's interesting is she's most nervous about Washington D.C. because of the responsibility," he continued. "She wants more than anything, like all of us, to bring people together, to inspire," he pointed out. "She has something really cool [planned]. You're going to be surprised. You're gonna love it." In addition to J.Lo's performance, Lady Gaga is set to sing the National Anthem and Garth Brooks will perform at the inauguration on Wednesday. That evening, Tom Hanks also hosts a special on the major TV networks called "Celebrating America, with performances from John Legend, Bruce Springsteen, Foo Fighters, Justin Timberlake, Jon Bon Jovi, Demi Lovato and Ant Clemons.

On Martin Luther King Jr. Day, Alicia Keys was thinking about the power of unity to create positive change — and the women who worked with and supported Dr. King during his lifetime. "This day is such a powerful reminder to think and take action. What change do we want to see around us?" the singer asked on Instagram on Monday, Jan. 18. "⁣⁣There is so much to change especially in the continued fight for justice and against white supremacy and racism. But we see how far we can go when we do it together! That's what last year really solidified for me," she added. In photos that accompanied her post, Alicia showcased, "⁣⁣some beautiful women who uplifted the man we celebrate today," like Coretta Scott King; Dr. King's mother, Alberta Williams King; gospel singer and activist Mahalia Jackson; Dorothy Cotton, who was the only woman in Dr. King's group of close aides; civil rights activist Ella Baker⁣; civil rights, women's rights and voting rights activist Dorothy Height; and Prathia Hall, the activist and pastor said to have inspired Dr. King's "I have a dream" speech. "They were so important to our progression!" Alicia wrote in closing. "Let's honor them today on #MLKday 🖤🖤🖤⁣⁣."

Ben Affleck "really wanted" his romance with Ana de Armas "to work," a source told People this week following news of their split. "Ana has a great energy. Ben was always very happy when Ana was around. She likes to stay healthy and inspired Ben to keep staying healthy too," the insider explained. But it seems the former couple had different plans for their futures in mind, with Anna, 32, wanting to travel when she's not working, while Ben, 48, "needs to live in L.A. since his kids do," according to the source. Ben and Ana met through their work on the upcoming film, "Deep Water" at the end of 2019. They were reportedly dating by March 2020. Their split, another source told the magazine, was "mutual."

Co-stars turned husband and wife Ashton Kutcher and Mila Kunis are set to reunite on the small screen next month. People reports the former "That '70s Show" actors have joined forces for a tongue-in-cheek Super Bowl ad. The melodramatic teasers for the full ad, which apparently features both stars together, show Ashton alone in a dark room as he opens an envelope. Inside, he finds black and white photos and an empty bag of Cheetos Crunch Pop mix. In Mila's spot, we see the actress' tear-stained face. "What exactly are you insinuating?" she asks the camera, her image obscured by darkness against the strains of soap opera-ready music . You think that I would do that to you, to go behind your back after everything that we've been through? I can't even look at you!" The music then becomes Shaggy's "It Wasn't Me." "Ugh, too much?" Mila asks as the camera pans out to show she's in front of a mirror and Shaggy's behind her. Just stick to the line I gave you," he advises. "Yeah, OK," she says, turning back to the mirror to give her alibi another shot. The Super Bowl airs on CBS on Sunday, Feb. 7, from Tampa, Fla., with The Weeknd headlining the Halftime Show.

In honor of next month's 30 anniversary of "The Silence of the Lambs," the five-time Oscar-winning movie's stars Jodie Foster and Anthony Hopkins got together virtually on Tuesday, Jan. 19, for Variety's "Actors on Actors" series. During the pair's hour-long video chat, they talked about everything from current projects to Jodie's move into directing to what made their "Silence of the Lambs" characters, serial killer Dr. Hannibal Lecter and FBI agent Clarice Starling, tick. Anthony, 83, recalled reading the screenplay and calling his agent immediately to say it was "the best part" he'd "ever read. He also praised Jodie's take on Clarice, particularly the scene where the tiny actress, playing a cadet is surrounded by tall, muscular FBI guys on an elevator at Quantico. "I'm like, "This is brilliant, because you are a smaller person in this big, macho male world, coming in as the hero,"' he recalled. Jodie, 58, said she was drawn to the "quietness" of Clarice. "There was almost a shame that she wasn't bigger, that she wasn't stronger, this person trying to overcome the failure of the body they were born in," she explained. "I understood that was her strength. In some ways, she was just like the victims, another girl in another town. The fact that she could relate to those victims made her the hero." She then asked her former costar about one of the film's most memorable lines. "I'm sure you still get people who come up to you and say, 'Would you like a nice Chianti?'" she joked. "Oh yeah, they do," Anthony admitted. "Do you know what I always remember about that? We do the scene in the cell. Then we go and have lunch in that big warehouse." He went on to say he loved how, after, "we'd just been chomping on each other," everyone could share a meal together. "It didn't make any sense at all. And that's why it's such an amusing game," he said. The actors did not broach the subject of the problematic portrayal of the killer Clarice is after in the film, who believes he's a transgender woman.

"Twitter is like a party where everyone is screaming. Not much of a party. Goodbye for now." So said Alec Baldwin on Twitter on Monday, Jan. 19, having apparently grown tired of arguing about the heritage of his wife, Hilaria Baldwin. Alec began defending Hilaria last month amid accusations she'd misrepresented her background, saying she was from Spain when she was actually born and raised in the Boston area and spent time in the summers in Spain, where her parents later retired. Despite videos in which Hilaria seemed to forget English words and speak with a heavy Spanish accent — posted alongside clips of her speaking with a plainly American accent — Alec slammed the criticism of Hilaria as "spectacularly false." Responses to Alec's Twitter hiatus announcement ranged from sympathetic-ish ("I pick up accents. And it is one of the most obnoxious things I do") to kind ("Its none of most people's business what language your wife speaks, or if she celebrates more than one culture") to nasty ("I guess he is finally feeling the pinch of his loud mouth. In this case it was his wife & her lies.)"

Caitlyn Jenner reveals which daughter she's closest to and why

When Caitlyn Jenner split from Kris Jenner and went through her transition, the Kardashian-Jenner family revealed there were tensions bubbling under the surface between Caitlyn and some of her kids. Years later, Caitlyn remains close with Kendall Jenner and Kylie Jenner. But as she explained on "The Skinny Confidential Him & Her" podcast this week, she's closer to Kylie than any of her children. "Kendall and I have a lot in common. She's very athletic. We kind of both had the same attitude towards life and get along very well, but… Kendall's off kind of doing her thing," Caitlyn said, per ET. "Kylie, you know, I had dinner last night at Kylie's house. Once every two weeks I go over there and she always has these great meals prepared." She said the dinners tend to be just her, Kylie and Caitlyn's live-in friend, Sophia Hutchins. "[We] talk for an hour and have a glass of wine and talk about stuff and this and that," she explained. "And so from that standpoint, we're a lot closer."  Back in 2019, Caitlyn said it had been "five or six years" since she and Khloe Kardashian spoke. Khloe later disputed the claim, though, as did TMZ, which said her timeframe was off. 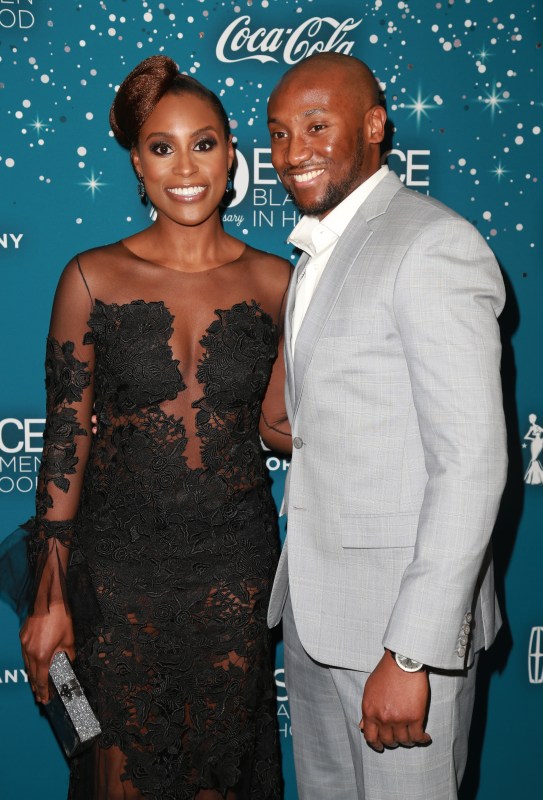