Elton John appeared to be enjoying his vacation with son Elijah while out in Saint-Tropez, France, on Aug. 5, 2017.

Emily Ratajkowski was spotted heading into a taping of "Jimmy Kimmel Live" in Los Angeles on Aug. 7, 2017.

"The Bachelorette" couple Rachel Lindsay and Bryan Abasolo headed into the "Good Morning America" studios after their big reveal on Aug. 8, 2017.

RELATED: "The Bachelorette": The buzziest moments from Rachel's season

Boxing titan Floyd Mayweather was spotted partying it up at REHAB Beach Club at The Hard Rock Hotel & Casino in Las Vegas on Aug. 6, 2017.

Kate Beckinsale looked super-chic while out and about in New York City on Aug. 8, 2017.

Paris Saint-Germain football player Neymar Jr. was seen enjoying a few days of vacation with his friends in Saint-Tropez, France, on Aug. 6, 2017.

Naomi Watts was snapped looking radiant while leaving her apartment in New York City on Aug. 10, 2017.

Shia LaBeouf was spotted riding his bike around New York City on Aug. 8, 2017.

Hilary Duff and son Luca went paddleboarding while on vacation in Wailea, Hawaii, on Aug. 2, 2017.

Jimmy Fallon looked to be in great spirits after getting out of a helicopter in New York City on Aug. 7, 2017, after spending the weekend in The Hamptons.

Model Bella Hadid was giving us a summer white look while out in New York City on Aug. 1, 2017.

Dolph Lundgren enjoyed a walk with ex-wife Anette Qviberg and their daughter, Ida Lundgren, while on vacation in Marbella, Spain, on Aug. 3, 2017.

Victoria's Secret Angel Sara Sampaio and her boyfriend, entrepreneur Oliver Ripley, were seen having fun while on holiday in Ibiza, Spain, on Aug. 4, 2017.

Emma Roberts braved the heat wearing a body-hugging striped dress outside the Bowery Hotel in New York City on Aug. 7, 2017.

Alessandra Ambrosio headed to lunch in the Venice Beach area of Los Angeles on Aug. 9, 2017.

Eva Longoria enjoyed the sun while on vacation with her husband in Marbella, Spain, on Aug. 7, 2017.

Mogul Jessica Simpson was seen showing off her amazing body while while out running errands in New York City on Aug. 9, 2017.

"Topshop" heiress Chloe Green and her model boyfriend, "Hot Felon" Jeremy Meeks, were spotted on the beach in Barbados while on holiday on Aug. 5, 2017.

Formula One superstar Lewis Hamilton was seen wearing a pair of Justin Bieber tour shorts while on the beach with a mystery woman in Barbados on Aug. 6, 2017.

Actress Connie Britton and son Yoby hit the beach while on vacation in Maui, Hawaii, on June 22.

Anne Hathaway and husband Adam Shulman took son Jonathan (and their dog!) for a walk in New York City on June 25.

Reese Witherspoon looked like a ray of sunshine while running errands in Los Angeles on June 28.

Chris Pratt showed off his gym-honed bod as he played on the beach in Honolulu on June 25.

Harrison Ford sported a relaxed look as he jetted out of Los Angeles International Airport with wife Calista Flockhart and son Liam (not pictured) on June 28.

Mariah Carey and daughter Monroe Cannon headed into the Azzedine Alaia store in Paris on June 23.

Duchess Kate toured the V&A Exhibition Road Quarter's new public spaces including the Sackler Courtyard, the Blavatnik Hall and the Sainsbury Gallery in London on June 27.

Supermodel Bella Hadid was spotted heading into the Heron Preston showroom in Paris on June 22.

Andy Cohen wore a blue tank top and flip flops while taking his dog, Wacha, for a walk in New York City on June 29.

Orlando Bloom played around on a Malibu beach with his family and friends on June 27.

Australian actress Rebel Wilson was all smiles while heading to her lawyer's office in Beverly Hills on June 22.

"Baywatch" babe Pamela Anderson was in good spirits during a night out in St. Gallen, Switzerland, on June 21.

Hailee Steinfeld was all smiles while out doing press in Toronto on June 23.

Victoria's Secret Angel Taylor Hill was seen eating ice cream while on a break from a photo shoot in New York City on June 28.

British "it" girl Suki Waterhouse used an umbrella to shield her skin from the harsh summer sun in New York City on June 24.

Scott Eastwood was snapped out and about with a friend in Ibiza, Spain, on June 25.

Justin Bieber was spotted taking a dip in Monaco on June 21.

"Vampire Diaries" alum Nina Dobrev was spotted on the beach after going snorkeling in Oahu, Hawaii, on June 24.

Lea Michele looked relaxed and happy during a girls' trip to Maui, Hawaii, on June 27.

"Baby Driver" star Ansel Elgort was all smiles while out in New York City on June 26.

Model Gigi Hadid braved the heat while out and about in New York City's Soho neighborhood on June 27.

Iconic movie star Anjelica Huston was seen on vacation with her best friend, Jane Buffett, in Portofino, Italy, on June 22.

Victoria's Secret Angel Martha Hunt took her pooch for a walk on a hot day in New York City's East Village on June 28. 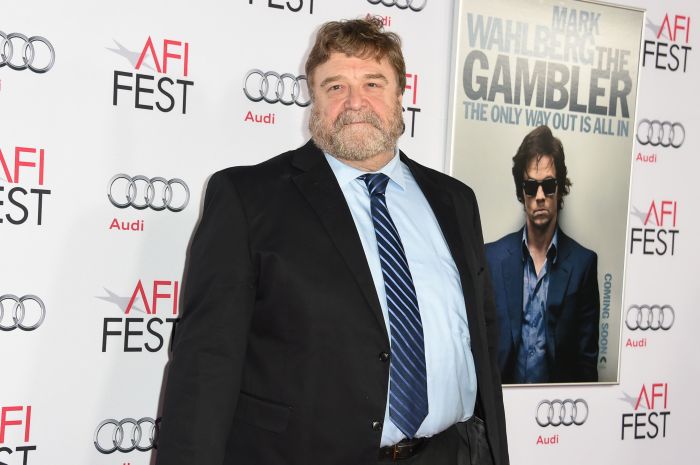