Liam Neeson went on the defensive after telling Britain's Independent (in a story published on Feb. 4) how, 40 years ago, he found himself wanting to kill a "black bastard" after learning a black man had raped a loved one. The backlash against the actor built all week. On Feb. 5, Liam went on "Good Morning America" to attempt to explain. "I thought I was defending her honor," he said, adamant that he isn't a racist or a bigot. He told Robin Roberts that at the time, he didn't think about the fact that he could have killed a totally innocent person. Liam added that he knows he was wrong and realized that a few days later when his "primal hatred" subsided. On Feb. 5, just a few hours after his "GMA" interview, the red carpet for the premiere of the Northern Irish actor's new film, "Cold Pursuit," was canceled, likely to keep Liam from having to answer more questions about the controversy. His appearance on Stephen Colbert's late-night show on Feb. 8 was also canceled.

Jennifer Lawrence is officially off the market. The actress got engaged to beau Cooke Maroney, her rep confirmed to multiple outlets. Page Six broke the news on Feb. 5 after revealing that engagement chatter was sparked when Jen wore a "massive ring" while out to dinner with the art gallery director. "It was a giant rock. They seemed like they were celebrating and people were talking about it. The ring was very noticeable," a source said. Page Six further reported that Jen had started to tell "those closest to her." Jen and Cooke, who were reportedly introduced by one of the actress's best friends, went public with their romance in June 2018.

"The Young and the Restless" star Kristoff St. John was found dead at his Los Angeles-area home on Feb. 3. He was 52. It's believed that alcohol may have played a role, but the cause of death won't be officially known until toxicology results are released. Many in Hollywood and the soap opera world praised the actor for his abilities and his personality. His fiancée, Kseniya Mikhaleva, took to Instagram to mourn. "How did it happen ??? How ??? Why did you leave so early ???? and left me alone ….. I can't believe," the heartbroken model captioned a since-deleted photo of herself and Kristoff. "You were everything to me …. you were a loving father, a loving man,…..how love?? we should doing a lot of things in future……" Kristoff's death comes four years after his son Julian committed suicide at age 24.

Jason Aldean and his wife, Brittany Kerr, now have two kids together. "We welcomed our daughter Navy Rome into the world today at 12:45pm 7lbs 12oz of pure preciousness," Brittany captioned an Instagram photo of her newborn daughter on Feb. 4. "We love you so much baby girl!!" The couple are also parents to 13-month-old son Memphis. Jason shared the same Instagram image of Navy, telling fans she's "looking identical to her older brother." He added that he's "so excited to watch what life has in store for this little princess." Not everything went smoothly for Brittany, who had to get a blood transfusion after welcoming her baby girl. Jason is also dad to daughters Kendyl, 11, and Keeley, 15, from his first marriage.

Susan Lucci revealed this week that she had an emergency heart procedure and nearly died last fall. The 72-year-old soap opera legend detailed her health crisis on Instagram on Feb. 6, writing, "On a late October afternoon, I had a wakeup call. Narrowly missing a severe heart attack, I realized how vulnerable life is and how incredibly grateful I am to be here today." The actress was surprised, as she's lived her life in a healthy way. She "had a shock of a lifetime when I was told that I had a 90 percent blockage in the main artery of my heart." She had a 70 percent blockage in another branch. Her cardiologist, Holly Andersen, told People magazine, "Had she gone home, that 90 percent blockage could have become 100 percent and she could have suffered a significant heart attack or even sudden death."

Andy Cohen is a father at 50. The "Watch What Happens Live With Andy Cohen" host shared an image of himself holding his new son on Instagram on Feb. 4. "WOW! This is my son, Benjamin Allen Cohen. He is 9 lbs 2 ounces !!" Andy wrote. "20 inches !! Born at 6:35 pm, PT He is named after my grandfather Ben Allen. I'm in love. And speechless. And eternally grateful to an incredible surrogate. And I'm a dad. Wow." Bravo will air pre-taped "WWHL" specials while Andy spends time with Benjamin.

Ariana Grande blasted Grammys producer Ken Ehrlich on Feb. 7, accusing him of "lying" about why she isn't performing at the show on Feb. 10. Earlier in the week, it was reported that the singer, who has two nominations this year and has been a big presence in Grammy advertising and billboards, had pulled out of a planned performance because of a disagreement with show producers (reports said she wanted to sing her latest hit single, "7 Rings," but producers wanted her to perform something else or a medley). In an interview published on Feb. 7, Ken told the Associated Press that Ariana wasn't taking the stage because she "felt it was too late for her to pull something together." That set Ariana off! "i've kept my mouth shut but now you're lying about me," she tweeted on Feb. 7 alongside a screen grab of the article. "i can pull together a performance over night and you know that, Ken. it was when my creativity & self expression was stifled by you, that i decided not to attend. i hope the show is exactly what you want it to be and more." She said she offered three different songs. "it's about collaboration. it's about feeling supported. it's about art and honesty. not politics. not doing favors or playing games. it's just a game y'all.. and i'm sorry but that's not what music is to me." She finally added, "hope that helps everyone understand my decision. i am still grateful for the acknowledgement this year."

Rapper 21 Savage was arrested on Feb. 3 by U.S. Immigration and Customs Enforcement because he's allegedly in the United States illegally. While many assumed the rapper was from Atlanta, according to ICE, he's actually a British citizen who's overstayed his visa. An ICE spokesman said Savage came here as a teen in July 2005 on a visa, which expired the following year. On Feb. 5, his manager said the rapper was "in lockdown for 23 hrs of the day no tv or any communication besides our 10 min phone calls." He added that Savage is in "good spirits."

Former "The Biggest Loser" star Jillian Michaels and ex Heidi Rhoades have filed documents to formally end their domestic partnership. The legal move comes eight months after the two announced that they'd split up. The two women share daughter Lukensia, 9, and son Phoenix, 6. In documents obtained by TMZ and The Blast, Heidi filed for "dissolution with minor children." On Instagram, Jillian acknowledged that she's single.

Jennie Garth is still a married woman. According to newly filed court documents, the actress' husband, Dave Abrams, has requested the court dismiss his divorce petition. All signs point to a reconciliation (the duo was even seen together recently at a Lakers game.) The "90210" star and Dave were married in 2015. In April 2018, he filed for divorce, citing irreconcilable differences. Apparently those differences are now very reconcilable. 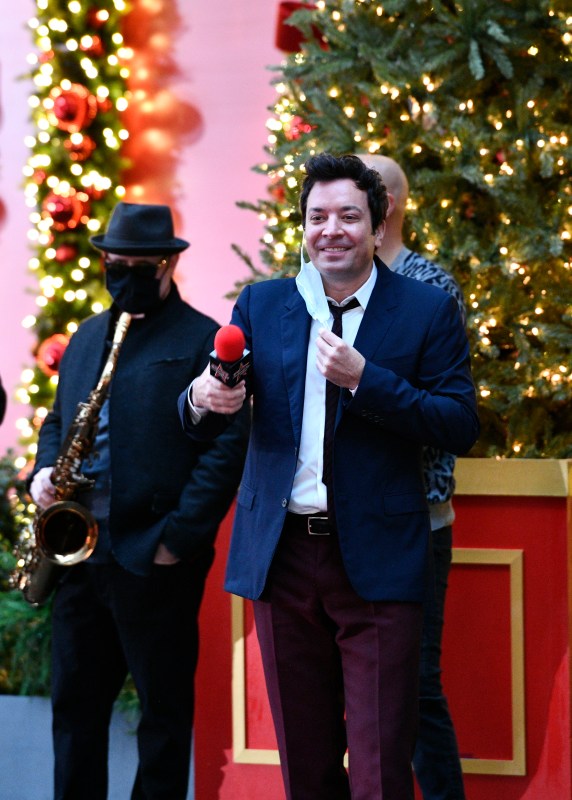