Not very many children get the opportunity to grow up in the White House. In honor of Jenna Bush Hager and Barbara Bush's 37th birthday on Nov. 25, 2018, we're taking a look at where some of the first sons and daughters of America's presidents ended up! Keep reading to find out what the Bush twins, Sasha and Malia Obama and more children of former presidents are up to today…

Natasha Obama, who we know by her nickname, Sasha, was born on June 10, 2001, making her only 7 years old when her father, Barack Obama, took office. So what is Sasha up to today?

Sasha Obama still can't vote yet! Barack Obama and Michelle Obama's youngest daughter turned 17 on June 10, 2018, and is living life as a surprisingly normal teen. At 15, she got a summer job no different than most kids her age — working the takeout window at the seafood restaurant Nancy's in Martha's Vineyard! But one thing set her apart from the rest of the employees? She was flanked by Secret Service agents at all times. Recently, she continued to prove she can live a regular teen's life (despite having extra protection) when she was spotted at the Broccoli City Fest music festival in Washington, D.C., in May 2018. Sasha sported blue locks while enjoying the tunes and hung out backstage with Cardi B and Migos member Offset. Sasha is set to graduate from high school in the spring of 2019.

Malia Ann Obama is the oldest child of Barack Obama and Michelle Obama. She was born, fittingly, on the Fourth of July in 1998. She was 10 when her dad became the 44th president of the United States of America.

Malia Obama is quite the impressive 20 year old! Currently a student at Harvard, she's already built an amazing resume for herself, having interned on the set of HBO's "Girls" and at the Weinstein Company. Malia has a boyfriend, 20-year-old Rory Farquharson, who's a fellow Harvard student who hails from England. The couple have been spotted out and about in London and New York.

Barbara Pierce Bush was born one minute ahead of twin sister Jenna in November 1981, technically making her the oldest of George W. Bush and Laura Bush's twins. Named after her late grandmother, Barbara Bush, Barbara was no stranger to the world of politics. Grandfather George H. W. Bush was elected as the 41st president when she was just 8. She was 18 when her father was voted into office in 2000.

Barbara Bush is now nearly 37 years old. During father George W. Bush's presidency, she attended Yale University and has since gone on to do philanthropic work including co-founding and serving as the president of a public health nonprofit, Global Health Corps. She's also opted to step into the political arena, appearing in a 2011 video for the Human Rights Campaign advocating for gay marriage in New York. When Barbara and twin sister Jenna stopped by Chelsea Handler's Netflix show "Chelsea" in November 2017, Barbara shared a fun fact — she's dad George's favorite of the two! The twins penned a book together, "Sisters First: Stories from Our Wild and Wonderful Life," that was released in October 2017. Barbara married screenwriter Craig Coyne in October 2018 in an intimate ceremony at the Bush family compound in Kennebunkport, Maine.

Jenna Welch Bush, Barbara's twin, was also just shy of her 19th birthday when her father, George W. Bush, was elected the 43rd president of the United States.

Jenna Welch Bush, who now goes by Jenna Bush Hager, was known as the wild twin during her father's presidency. Jenna enrolled at the University of Texas at Austin while he was in office and was charged with two misdemeanors in 2001 — once for possession of alcohol under the age of 21 and the other for using a fake ID. But Jenna's crazy days are way behind her now! She married Henry Chase Hager in May 2008 and the happy couple went on to have two daughters — Margaret Laura "Mila" Hager, born in April 2013, and Poppy Louise Hager, born in August 2015. Aside from being a published author, the hard-working mom has also worked as a teachers' aide and as an editor-at-large for Southern Living magazine. These days, she's best known for her gig as a host on the "Today" show. In November 2018, Jenna got to make a childhood dream come true when she performed on Broadway in the musical "Chicago" for one night only.

Chelsea Victoria Clinton was born in February 1980. Dad Bill Clinton won the 1992 presidential election when she was just 12 years old! The life of a politician's daughter was all she ever knew, since she was born during Bill's first term as governor of Arkansas.

Chelsea Clinton spent the rest of her teenage years in the spotlight as her father served as president from 1993 until 2001. After high school, she enrolled at Stanford University, majoring in history, and went on to get advanced degrees at the University of Oxford and Columbia University before serving as assistant vice-provost at New York University. Chelsea wed investment banker Marc Mezvinsky in July 2010. The two share daughter Charlotte, born in September 2014, and son Aidan, born in June 2016. She's held a wide array of jobs over the years, ranging from working at consulting firm McKinsey & Company to serving as a correspondent on NBC to penning books for kids including "It's Your World: Get Informed, Get Inspired and Get Going!" (geared toward middle school students) and "She Persisted" (a children's book that later became a bestseller). She also worked hard on mom Hillary Clinton's presidential campaign in 2016.

George Walker Bush, born in July 1946, is the eldest child of George H.W. Bush and the late Barbara Bush. By the time his dad was elected president in 1988, George was already 42 years old and working on his own career in politics. He had attended Yale, gone on to Harvard Business School and served in the Texas Air National Guard. George was also a married father of two: He'd wed Laura Welch in 1977 and welcomed twin daughters Barbara and Jenna in 1981.

After George H.W. Bush left office in 1993, George W. Bush's career in politics truly got started. He became the governor of Texas in 1995 and served until 2000, which is when he ran for president. He won the election, beating out Al Gore, and served two terms before returning to Texas. Since holding the country's highest office, George has penned a memoir, "Decision Points," which was published in 2010, and started painting as a hobby. He later collected some of his paintings of veterans and assembled them into his 2017 book, "Portraits of Courage," donating proceeds to the George W. Bush Presidential Center.

John Ellis Bush (left), best known as Jeb Bush, was born in February 1953. He was 35 at the time his father was elected president and had already attended the University of Texas at Austin, married wife Columba Garnica Gallo in February 1974 and welcomed three children: son George Prescott, born in 1976; daughter Noelle Lucila, born in 1977; and son Jeb Jr., born in 1983. He started his political career in the mist of volunteering for his father's presidential campaigns and, after relocating his family to Florida got involved in politics in the mid-'80s ahead of his dad's big win.

Jeb Bush became governor of Florida in 1998 and made history as the state's first Republican governor to serve two terms. He campaigned during the 2016 election, vying for the Republican party's nomination, but ultimately lost out to Donald Trump. He currently is co-chair of the Barbara Bush Foundation for Family Literacy, which he heads up with sister Dorothy Bush Koch.

Neil Mallon Bush was born in January 1955 and was 33 when George H.W. Bush became president. He married Sharon Smith in 1980 and they had three kids: daughter Lauren Pierce, born in June 1984; son Pierce Mallon, born in March 1986; and daughter Ashley Walker, born in February 1989.

After his father's presidency ended in 1993, Neil Bush continued to work as a businessman in Texas. After dealing with son Pierce's learning difficulties, Neil co-founded an educational software business called Ignite! Learning, which served to help kids learn via different mediums. Neil has also advocated against the over-medicating of children in America, particularly taking a stand against Ritalin and other medications prescribed to children with ADHD. Aside from this work focused on learning disabilities, Neil has also worked as a consultant for various businesses and served as chairman of the philanthropic group Points of Light, which attempts to increase volunteerism all over the world. In his personal life, Neil and wife Sharon divorced in 2003. He remarried a year later, tying the knot with Maria Andrews, seen here, in 2004.

Marvin Pierce Bush (right) is George H.W. Bush and the late Barbara Bush's youngest son. He was born in October 1956. He was 32 when his dad won the 1988 election and had already graduated from the University of Virginia and married Margaret Conway. The couple had recently welcomed their first child via adoption, daughter Marshall Lloyd (born in May 1986), when dad George moved into the White House. They adopted their second child, son Charles Walker, in December 1989 during the elder Bush's presidency.

Marvin Bush has largely stayed out of politics despite being in a very political family. The businessman has served as director of HCC Insurance Holdings and also served on the board of directors of Securacom, a security company. He made headlines during the 2016 election for openly supporting Libertarian candidate Gary Johnson despite coming from a Republican family.

Born in August 1959, Dorothy Walker Bush is the youngest child of George H.W. Bush and the late Barbara Bush. She was 29 when her father was inaugurated. Prior to that, she had attended Boston College, graduating in 1982, and married first husband William Heekin LeBlond that same year. The two share children Samuel, born in 1984, and Nancy, born in 1986. They split during the elder Bush's presidency, in 1990. Dorothy remarried during her time as first daughter, exchanging vows with Robert P. Koch in 1992.

After George H.W. Bush left office, Dorothy Bush welcomed two more kids with second husband Robert Koch. The couple added son Robert David in 1993 and daughter Georgia Grace three years later in 1996. Since Dad left office, Dorothy has worked to commemorate his legacy, penning "My Father, My President: A Personal Account of the Life of George H. W. Bush" in 2006. She also sponsored the commission of a ship named after her father, the USS George H.W. Bush, back in 2009. Dorothy currently works as an event organizer for nonprofits, serves as the co-chair of the Barbara Bush Foundation for Family Literacy with brother Jeb Bush, and lives in Bethesda, Maryland. 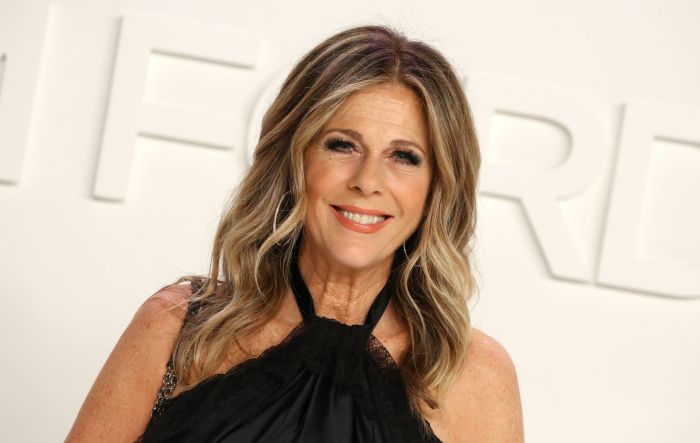