We all know three's a crowd, but Hollywood loves to remind us from time to time. Thankfully, the complexities of a good love triangle make for some of the best onscreen romances. Wonderwall.com is rounding up some of our favorite pop culture love triangles to date! First up, Carrie Bradshaw's tumultuous love life. The world is split into two types of people — those on Team Big and those on Team Aidan. Mysterious businessman Mr. Big (played by Chris Noth) sweeps Sarah Jessica Parker's Carrie off her feet — while occasionally keeping their romance under wraps and eventually leaving her at the altar when the popular HBO show transitioned to the big screen. But their irresistible chemistry and the way that they always seemed to find their way back to one another (sometimes even while involved with other people) was enough for some fans. Aidan Shaw — the dog-loving carpenter who proposed to Carrie and was ready to marry her after two rounds of dating — ultimately couldn't compete with that kind of dramatic, all-consuming affair. So which other pop culture love triangles made our list? Keep reading to find out…

A love triangle that truly captivated teens (and adults!) beginning in 2008? "The Twilight Saga"! Twihards devoured the romance between vampire Edward Cullen (Robert Pattinson) and Bella Swan (Kristen Stewart), and then were torn by Bella's very close friendship with werewolf Jacob Black (Taylor Lautner). This one divided us all into Team Edward or Team Jacob camps, but ultimately, it was brooding Edward who proved victorious. Don't feel bad for Jacob — he found love with Edward and Bella's half-vampire, half-human spawn, Renesmee.

One of the most dramatic television love triangles of all time? The "Beverly Hills, 90210" saga of Brenda (Shannen Doherty), Kelly (Jennie Garth) and Dylan (Luke Perry) that saw high school besties battling over the hunky and sensitive bad boy. Eventually, Brenda moved away, but then Kelly flip-flopped between Dylan and Brandon, making things even more complicated.

Oh, "Felicity." The soapy WB drama about a young woman who follows her longtime crush Ben (Scott Speedman) to college featured one of the most dramatic love triangles on television. Keri Russell played the titular character while Scott Foley served as Noel, the other man in the equation — Felicity's sweet R.A. whom she inevitably falls for. And despite sending a not-so-great message (she literally changed her whole life trajectory), it turned out that Felicity and Ben truly were meant to be.

Over the years on "The Office," viewers saw plenty of pairings in the workplace. But hands down, the relationship that captivated audiences the most was the darling duo of Jim Halpert and Pam Beasley (played perfectly by John Krasinski and Jenna Fischer). It was clear the two had chemistry and were likely end game. There was just one problem through the first few seasons — Pam's boyfriend-turned-fiancé Roy Anderson (played by David Denman). But in the end, it was Pam's doomed love with Roy that paved the way for her relationship with Jim — the man who bought an engagement ring after just one week of dating because he was so sure she was the one.

Ben Affleck, Kate Beckinsale and Josh Hartnett were involved in a tragic love triangle in 2001's "Pearl Harbor." Ben's soldier character, Rafe, falls for Kate's nurse Evelyn. Unfortunately, Rafe and buddy Danny (Josh Hartnett) are shipping out just as he's getting to know her. While fighting, he's presumed to have died, leaving Evelyn to turn to Danny for comfort as she mourns. There's only one problem — Rafe's actually alive. This makes things messy, especially when you add in a pregnancy, though ultimately, Evelyn's choice is made for her after Danny is killed in action.

"The Aftermath" combined two dramatic elements of a love story — a love triangle set against the dismal backdrop of postwar Germany in 1946. The film saw a romance unfold between Keira Knightley's Rachael and Alexander Skarsgard's widowed German architect Stefan while she was married to Jason Clarke's British Army Colonel Lewis.

It's the age-old triangle setup — rich guy vs. poor guy — and we got an epic version of the trope in 1997's "Titanic." Though well-off Rose (a baby-faced Kate Winslet) is engaged to the perfect-on-paper Caledon Hockley (Billy Zane), she ultimately falls for sensitive, sweet third-class passenger Jack Dawson (Leonardo DiCaprio in his prime!). Unfortunately in this tragic triangle, there were no winners — Rose picked Jack but he tragically froze to death after their ship sunk.

Where can Rick Springfield find a woman like Jessie's girl? That's all he wants to know. Steve Antin played Jessie in the music video for Rick's Grammy-winning hit song "Jessie's Girl," but the story is supposedly based on Rick's real-life love for his friend Gary's girl. But "Gary's Girl" doesn't have the same ring to it, so Rick smashes a mirror over a couple fictional characters instead in the classic 1981 music video.

Molly Ringwald's Andie in "Pretty in Pink" has got, like, a totally for-real crush on preppy Blaine (Andrew McCarthy), but her best friend, Duckie (Jon Cryer), is in love with her. Blaine is a better guy than Duckie had originally thought, so he eventually concedes Andie's heart to Blaine. Prom night isn't a total loss for him though — Duckie gets vampire slayer Kristy Swanson, which is quite a score.

This is quite possibly the most classic love triangle of all time. Isla (Ingrid Bergman) walks into the bar owned by her ex-lover, Rick (Humphrey Bogart), and he falls in love all over again. But hold on — she's married to Victor (Paul Henreid). Rick is such a good guy that even though he wants to be with Isla, he — spoiler alert — forces her to get on a plane with Victor. Bartenders everywhere have benefited from this noble deed ever since.

Actor Chris Noth is the male Rachel McAdams when it comes to television love triangles. He famously played "Sex and the City" regular Big, who had a thing with Carrie while he was married. But on "The Good Wife," the tables were turned as he played a scorned husband! Of course, the politician had some pretty big sex scandals of his own first, so he probably deserved it when attorney wife Alicia (Julianna Margulies) stepped out on him with senior partner Will (Josh Charles).

"Friends" fans who followed the saga of on-again, off-again (they were on a break!) couple Ross (David Schwimmer) and Rachel (Jennifer Aniston) were surprised when a wrench was thrown into the mix — Joey (Matt LeBlanc)! Making matters worse, he didn't make his affection for Rachel known until after she gave birth to her baby with Ross. Though this sounds like the plot of a soap opera, this really was a storyline on one of the most popular sitcoms of the '90s and '00s.

It's the rich guy-poor guy trope all over again in "The Notebook," but this one has a happier ending — well, until the very end, but who's counting that? Lon (James Marsden) is not nearly as bad a dude as Cal in "Titanic," but we still root for Noah (Ryan Gosling) with his ax-wielding and ferris wheel-dangling skills. Despite losing touch in the war and a mishap with letters written every day for a year, Allie (Rachel McAdams) realizes she was marrying the wrong man once Noah was back in the picture.

Rachel McAdams found herself in the midst of another love triangle in "Wedding Crashers." This time, she's being romanced by John (Owen Wilson), who — despite his lies — is a better guy for her than Sack (a young Bradley Cooper). John wins out, but the wedding crashing never ends.

Our favorite melodramatic teenagers made the list: Dawson, Pacey and Joey. Tomboy Joey realizes she's fallen in love with sensitive best bud Dawson only to later fall for bad boy Pacey — aka Dawson's best friend — on the WB series. Fortunately, this trio found happy endings: Joey ended up with Pacey and Dawson ended up with the career of his dreams, following in Steven Spielberg's footsteps as a big-time Hollywood director.

Bridget Jones just wants to fall in love! In "Bridget Jones's Diary," Renee Zellweger's lovable book-adapted title character first falls for her boss, Daniel (an irresistible Hugh Grant). But then Mark (a dashing Colin Firth), the childhood friend who later made a bad impression, turns out to be Mr. Right all along — but not before he and Daniel duke it out. Either way, it leads to one juicy diary.

On "Lost," Jack loves Kate and Kate loves Jack, then Sawyer — a rugged con man who's very easy to fall for — comes along. Josh Holloway played the new man in the mix, Sawyer, while Evangeline Lilly and Matthew Fox starred as dedicated couple Kate and Jack. This love triangle took place on one of television's most complicated — yet addictive! — shows. Maybe it works out for them or maybe they were all dead the whole time. Who can really say? We're still not sure.

Attention, Upper East Siders! Everyone knows Chuck and Blair belonged together on "Gossip Girl," but Serena's romantic choices were a little more polarizing. Should she stick with Brooklyn-based, sensitive writer-type Dan, or go back to athletic, pretty little rich boy Nate? Fans were divided, but ultimately even the big reveal — that Dan was actually "Gossip Girl" (which we still don't understand) — didn't put a damper on Dan and Serena's love. When the series finale flashed forward, we saw that they ended up together.

Who doesn't want a piece of McDreamy in their lives? After Dr. Addison Montgomery (Kate Walsh) cheated on McDreamy aka Dr. Derek Shepherd (Patrick Dempsey) with his best friend, McSteamy aka Dr. Mark Sloan, McDreamy had a seemingly endless flirtation with Dr. Meredith Grey (Ellen Pompeo). She obviously wins — or at least enters into a non-legally-binding marriage with McDreamy via Post-it note. And that was the first major love triangle on "Grey's Anatomy." (At least Addison got a spinoff!)

In "Vicky Cristina Barcelona," a hot European getaway gets even hotter when Cristina (Scarlett Johansson) moves in with Juan Antonio (Javier Bardem) and his borderline-psychotic ex-wife, Vicky (Penelope Cruz), returns with nowhere to go. After some initial struggles, the three eventually start a polyamorous relationship. The drama!

This one involved the classic trio of the high school quarterback, the cheerleader and the band geek. On the teen musical comedy "Glee," Finn — played by the late Cory Monteith — made the age-old decision: He left popular Quinn (Dianna Agron) for talented Rachel (Lea Michele) only to return to Quinn and flip flop some more throughout the series' run.

It's hard to imagine Paul McCartney and Michael Jackson ever fighting over the same girl, but that's the premise of the music video for "The Girl is Mine." The 1982 tune and video were smash hits for the unlikely superstar duo.

Monica and Brandy responded to the Michael Jackson and Paul McCartney hit with their own version nearly two decades later. They don't want no scrubs though, so Mekhi Phifer played the role of the boy in question in the music video for the singers' 1998 hit "The Boy is Mine." 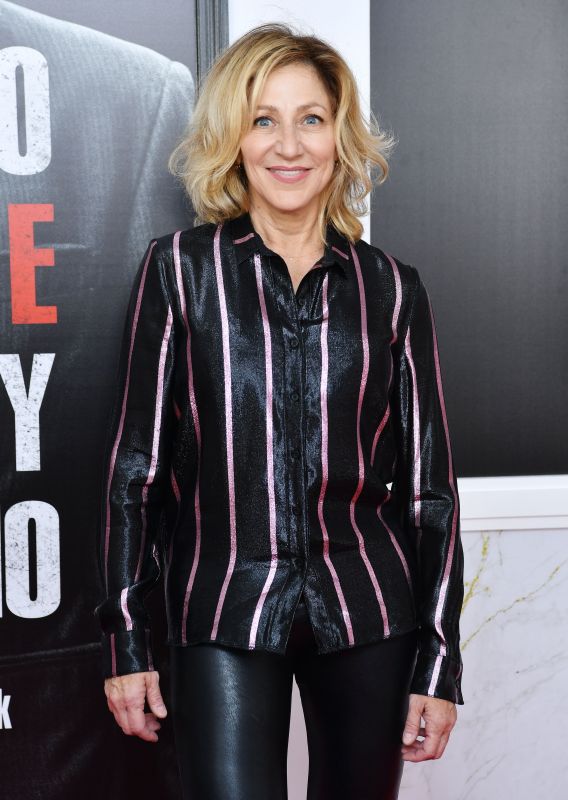 Up Next Drinking Daze