From "Beverly Hills, 90201" to "Riverdale," Luke Perry has been an icon on our television screens since the '90s. With the tragic news that the former teen heartthrob passed away on March 4, 2019, Wonderwall.com is taking a look back at some of the most nostalgia-inducing photos from his lengthy career in Hollywood… starting with this shot of Luke as sensitive bad boy Dylan McKay on "Beverly Hills, 90210" in 1991. Keep reading for more…

Luke Perry's first foray into acting came when he landed a role on the soap opera "Loving" in 1988. (He's seen here in a scene with co-star Alexandra Wilson.) A gig on another soap, "Another World," followed in 1988 and 1989. But his real big break was right around the corner…

RELATED: Actors who got their start on soap operas

Before landing the role of Dylan McKay on Aaron Spelling's teenage TV drama "Beverly Hills, 90210," Luke Perry originally auditioned for the role of Steve Sanders — which went to Ian Ziering. Fortunately, Luke fell perfectly into the role of bad boy Dylan, which he played for more than six seasons. The show also starred Gabrielle Carteris, Jennie Garth, Jason Priestley, Shannen Doherty, Tori Spelling and Brian Austin Green. The smash hit ran for nearly 300 episodes over 10 seasons by the time its finale aired in May 2000. Luke first left after Season 4, but came back for the final two seasons.

Sign of a true heartthrob? Madonna planted a wet one on Luke Perry after he presented her with the Award of Courage during the amfAR gala in Los Angeles on Dec. 11, 1991.

In the midst of his television success, Luke Perry landed a role starring opposite Kristy Swanson in 1992's "Buffy the Vampire Slayer." The co-stars went on to date for a year in real life but split up around the time the movie debuted.

During the height of his heartthrob days, Luke Perry left his autograph and handprints in cement at Planet Hollywood in New York City in 1993.

Luke Perry starred as a bull rider in 1994's "8 Seconds," one of his earliest lead roles in a feature film.

Luke Perry cozied up to Ashley Judd in their roles as a cop and the dangerous addict with whom he falls in love in the 1996 crime-thriller "Normal Life." The film was produced by "Beverly Hills, 90210" executive producer Aaron Spelling's film production company.

Luke Perry and wife Minnie Sharp had two children together — son Jack and daughter Sophie. They're seen here with baby Jack — who grew up to be a professional wrestler with All Elite Wrestling (he goes by the stage name Jungle Boy) — at the Elizabeth Glaser Pediatric AIDS Foundation benefit carnival on June 7, 1998.

Luke Perry and wife Minnie Sharp are seen here at the "Beverly Hills, 90210" wrap party in 2000. But just a few years later, their romance would be over: They quietly split in 2003 after a decade of marriage.

Luke Perry had a 10-episode stint as Reverend Jeremiah Cloutier on HBO's Emmy-nominated prison drama "Oz" between 2001 and 2002.

Luke Perry executive produced and starred on the short-lived Showtime action-drama "Jeremiah" from 2002 to 2004. He posed with co-star Malcolm-Jamal Warner of "The Cosby Show" fame at the cable channel's annual programing preview luncheon in New York City on March 13, 2002.

Ch-ch-changes! In 2004, with "Beverly Hills, 90210" behind him, Luke Perry went to London to star alongside Alyson Hannigan in a theater production of "When Harry Met Sally." A few years earlier, he appeared onstage in "The Rocky Horror Show." He also appeared as a guest star on a few TV shows like "Law and Order: SVU," "What I Like About You" and "Will and Grace." But by 2017, he'd be back on TV screen every week…

A year after his split from wife Minnie Sharp, Luke Perry took his adorable son Jack and daughter Sophie to the premiere of "Garfield: The Movie" at the Zanuck Theater in Los Angeles on June 6, 2004.

Dylan and Kelly forever! Luke Perry and Jennie Garth reunited on the small screen on The WB's "What I Like About You" in 2005. He had a three-episode stint as her character's former fling, Todd the plumber, on the sitcom, which aired from 2002 to 2006.

These two just can't quit each other! Luke Perry and Jennie Garth reunited at the Chevy Rocks the Future concert in Los Angeles on Feb. 19, 2008.

Luke Perry executive produced and starred in a trilogy of westerns for the Hallmark channel centered around judge John Goodnight. The series kicked off with 2011's "Goodnight for Justice," which the actor's former "Beverly Hills, 90210" co-star Jason Priestley directed.

Jason Priestley directed Luke Perry on the set of the 2011 Hallmark movie "Goodnight for Justice."

Luke Perry had a brief but memorable stint on "Body of Proof" in 2012 and 2013. He portrayed a CDC officer who teams up with Dana Delany's medical examiner Dr. Megan Hunt on the ABC drama.

Luke Perry reunited with his old "Beverly Hills, 90210" co-star Jason Priestley at the premiere of "Dark Tourist" at the ArcLight Hollywood theater on Aug. 14, 2013.

Luke Perry and Wendy Madison Bauer held hands at the 28th Annual GLAAD Media Awards in Los Angeles on April 1, 2017. The duo were reportedly engaged when the actor passed away in early 2019.

Luke Perry came back to the small screen in 2017 when he landed the role of Fred Andrews — lead character Archie's businessman dad — on "Riverdale." The CW hit show also features other actors from the '80s and '90s making their way as parents — like Mark Consuelos and Molly Ringwald, who plays Luke's character's wife!

Sophie Perry took to Instagram on June 26, 2018, to share this sweet shot of her dad, Luke Perry, kissing her on the cheek before her prom. "Since I got hacked I never got to post my prom pics so here you go! I don't have any with my mom cuz she hates pictures so yeah. I was going for that like. Frenchie at the dance vibes idk?" she wrote in the caption.

The man's got jokes! When asked what it was like to play the dad of the heartthrob on a TV show, Luke Perry said this to The Hollywood Reporter: "Here's the deal I made with K.J. [Apa, who stars as Archie on 'Riverdale']: 'I'll play the dad, and I'll let you have the cool hair for the first five or six weeks, then I'm going to start bringing it.' I like playing the dad because I like being a dad, and I think it's a great character in the milieu of this show that I'm the grounded one, and I'm the guy who really cares about K.J., who cares about doing a good job and being a good construction worker. I love that." The onscreen father-son duo are seen here goofing around on the red carpet at Comic-Con in San Diego on July 21, 2018.

Luke Perry maintained a pretty low-key life outside of the spotlight, but he was vocal about his health woes. In 2017, the actor (seen here during an appearance on "Watch What Happens Live with Andy Cohen" in New York City on Oct. 9, 2018) became an advocate for colorectal screenings when he opened up about discovering precancerous growths, which he had removed. Less than two years later, on Feb. 28, 2019, Luke was rushed to a hospital via ambulance after he suffered a stroke at his home in the Los Angeles suburb of Sherman Oaks, California. He passed away a few days later, on March 4, 2019. According to Entertainment Weekly, he'd wrapped shooting his role in the Quentin Tarantino drama "Once Upon a Time in Hollywood" before he died. The film will now mark his final acting role. 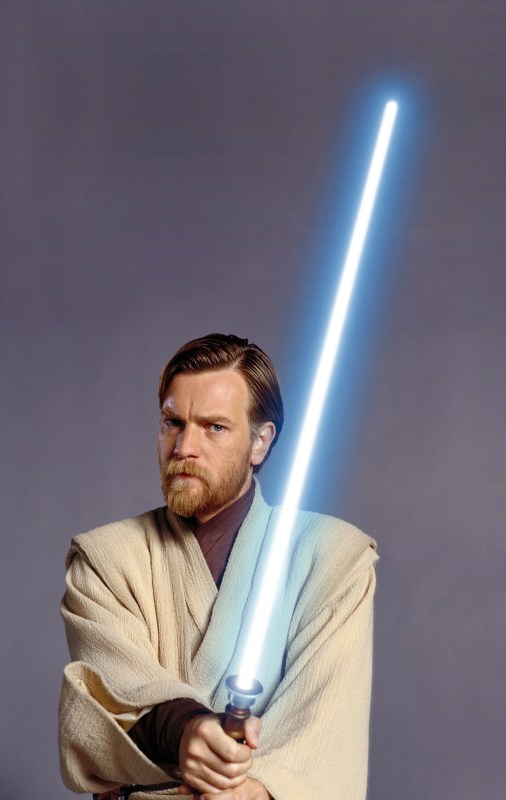