You think your neighbors are bad? Get a load of these! Wonderwall.com is taking a look at some of the celebs who will make your neighbors look good! Let's start with Gigi Hadid, who's actually called herself "the worst neighbor." According to a recent interview in Harper's Bazaar, if you live next to Gigi, you should expect to hear some show tunes! In the mag's October 2016 issue, the supermodel revealed that she loves "to sing Broadway show tunes at home, which makes me the worst neighbor, but [it's] a good stress reliever." Her go-to is "Popular" from "Wicked." "That's the only one I'll tell you because I know at some point, someone's going to ask me to do this and that's the only one I'm willing to do publicly," the New York City resident added. Keep reading to see more bad celeb neighbors!

RELATED: Stars are nothing like us: Celebrity homes edition

In 2014, Justin Bieber egged his neighbor's house in Calabasas, California, causing $20,000 in damage. And just two years before that incident, Dax Shepard spoke out about what it was like for him and Kristen Bell to live next door to the pop star. "The music and the parties and the paparazzi — I mean, it's like living in Lebanon," Dax quipped during an appearance on "The View."

Drake partied so hard that he had to buy the place next door! After reportedly facing noise complaints from a neighbor in his Hidden Hills, California, community, the rapper recently shelled out $2.85 million for their home. It was a case of life imitating art: In his and Future's 2015 song "Where Ya At," Drake raps, "I'll buy the neighbors house if they complain about the noise." That lyric could not be more true!

In May 2017, Justin Theroux sued his New York City neighbor for $350,000 and punitive damages for what amounts to harassment. While Justin renovated the unit, he alleged that the neighbor, Norman Resnicow, demanded he soundproof his place for an extra $30,000 or he would make his and Jennifer Aniston's life hell — the actor said Norman harassed construction workers and threatened to cut off water and electricity. Norman, though, said in court docs that Justin is the problem, alleging that he and his wife were "terrorized" by Justin's alleged "rude behavior." The neighbor claimed Justin's dogs bark constantly because they are often left unattended. He also says he often heard "The Leftovers" star dropping heavy weights on the floor in the early morning hours.

Rihanna was sued for being a bad neighbor in 2009. Her drivers were accused of using her Los Angeles neighbor's driveways and driving through and standing on his lawn. The neighbor was also upset about the pop star's tall bamboo plants that he claimed blocked his view of the city. She settled the lawsuit in 2011.

Chris Brown has made headlines because his neighbors — including another celebrity — want him to move out of their Tarzana, California, neighborhood! Los Angeles Lakers star Nick Young, who lives nearby, shared an Instagram video with choppers flying overhead as he pleads, "Chris Brown, you gotta move. Go on, get away from here!" Cops showed up to Chris' house on Aug. 30, 2016, after a woman alleged that he was threatening her with a gun. According to TMZ, he threw a duffel bag containing two guns and drugs out of a window. He was arrested on charges of assault with a deadly weapon and released on $250,000 bail. (Chris has denied any wrongdoing.) But this wasn't the only incident! Chris also faced complaints from a Tarzana neighbor for disturbing the peace in May 2016. The neighbor alleged that Chris was riding his ATV and doing doughnuts around their neighborhood.

Taylor Swift made her neighbors angry after she messed with the coastline in their small Rhode Island community in 2013. In order for her to build a massive wall around her home in Westerly, Rhode Island, she had to move some coastline rocks. According to TMZ, her reps blamed the rocky move on government officials they say asked her to move rocks that had drifted into the ocean back to her property line. No matter the reason, her neighbors were still unhappy because the wall also took away public access that residents had enjoyed for years.

When party girl Paris Hilton was living with ex-boyfriend Doug Reinhardt for five months in 2009, they were too loud for their neighbors in California's Hollywood Hills. After a number of complaints, the LAPD, LA City Council and LA City Attorney got involved and warned them with tickets and arrest threats.

David Schwimmer did not make friends in his New York City neighborhood! In 2010, he bought a $4.1 million, five-story East Village townhouse that was built in 1852. The structure was going to be given landmark status, but David tore it down and built a 9,000-square-foot, six-story mansion with an elevator and roof deck. His neighbors showed their anger by spray-painting "Ross is not cool" on the construction site.

Madonna's neighbor complained about her to the Department of Transportation in March 2016. TMZ reported that Madge had her people clear prime parking spots in front of her $40 million Upper East Side townhouse in New York City. They posted signs that read "tenant parking only" and painted yellow lines on what were public spots.

Lenny Kravitz found himself in a crappy situation in 2004 when he was sued by Amica Mutual Insurance Company for water damage sustained to the apartment underneath his New York City pad. The insurance company sued to recoup the $334,000 it had paid to the downstairs neighbor. Lenny was blamed for the "catastrophic water damage" caused by an overflowing toilet that was "blocked, clogged and congested with various materials."

Ashley Greene was sued by her neighbors in 2013 after a fire burned through her West Hollywood, California, condo, damaging nearby apartments. The fire, which was caused by a burning candle that was left unattended, was ruled an accident. She was also sued by her doorman, who claimed he was hurt while trying to evacuate tenants. According to TMZ, they settled for an undisclosed amount in January 2016.

James Franco's Los Angeles neighbors were so upset with him that they wrote an e-mail to Curbed. The residents, who live in the same Silver Lake neighborhood, wrote that at first they were "pleased to have Mr. Franco living next door," but their minds soon changed. They said it was like living next to a major production company with blocked driveways. They also claimed that the front of their house was used for meetings and that they felt like they were being eavesdropped on while walking to their cars.

Dr. Mehmet Oz was sued by a neighbor for planting trees that blocked the neighbor's New York City views in 2010. The neighbor claimed that the trees reduced his multi-million-dollar home's value by $500,000.

According to TMZ, Minnie Driver is being sued for throwing baby food jars full of black paint at her neighbor's under-construction home in the Hollywood Hills. The neighbor also claims that she cut off access to their shared electronic gate. She and her neighbor have been feuding since 2014.

Anthony Michael Hall reportedly attacked his neighbor in September 2016. Five years after he was arrested for allegedly threatening to beat up a neighbor in his Playa del Rey, California, condo complex, the actor allegedly attacked a building resident. Police told TMZ that the neighbor called for help and claimed to have suffered a broken wrist and injured back during the altercation. The actor's rep has yet to comment, and the incident is currently under investigation.

Robert Downey Jr. got a little too close for comfort with his neighbors when they found him sleeping in their Malibu, California, home in 1996. He was arrested on suspicion of trespassing and being under the influence of a controlled substance.

In 2007, Pauly Shore was sued by Wes Craven for being a negligent neighbor after water from Pauly's home seeped down a slope and damaged the director's property. Wes also claimed the property damage caused him "severe emotional distress and anxiety." In the lawsuit, Pauly got the blame for upgrading his home with a pool, spa, landscaping and other improvements that destabilized the land and lowered Wes' property value. Pauly and Wes ended up settling.

Things got ugly between Natasha Lyonne and her Manhattan neighbor in 2004 as Natasha faced charges of criminal mischief, harassment and trespassing. Authorities told People magazine that the actress stormed into her neighbor's apartment and ripped a mirror from the wall. If that wasn't bad enough, Natasha reportedly said to the neighbor, "I'm going to sexually molest your dog."

Sean Connery's downstairs neighbors called him a "rude, foul-mouthed, fat old man" in a 2005 lawsuit. They said he played "loud music all the time while stomping about" his New York City apartment. They further claimed that his renovations caused noise, fumes, leaks and even rat problems.

Sylvester Stallone was sued by Los Angeles Dodgers announcer Vin Scully in 1993 because stormwater runoff from his yard damaged Vin's home. A jury ruled that Sly had to pay $69,000 for repairs to Vin's property in Los Angeles' Pacific Palisades neighborhood. 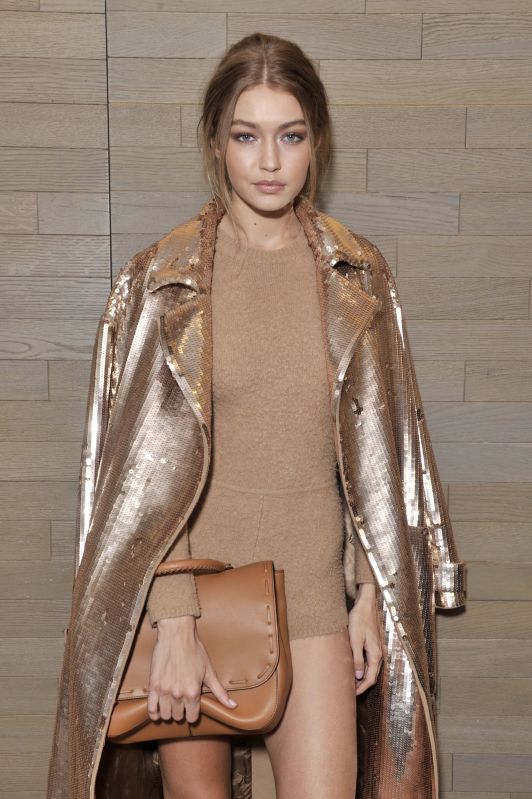 Up Next Bad Neighbors