Fame: It's just not for everybody. While many celebrity's faces seem to be everywhere — from magazine covers and TV shows to social media and paparazzi crosshairs — there are a few well-known people who've left the limelight, some for a few years and others for a few decades. Richard Simmons, 68, hasn't been seen publicly since January 2014, other than in a grainy photo in June. Since his vanishing act, mystery has shrouded the fitness guru. In early 2015, friends worried that he was depressed or even being held hostage in his home by his housekeeper because of his absence from the spotlight. In June 2016, there was a completely unfounded story indicating he was changing genders. Richard has issued statements saying that he's fine and just needed a break from the limelight, but speculation persists. Keep reading to see other famous people who've shunned the public spotlight for long stretches of time, or in some cases, until they died…

In 1999, Lauryn Hill was on top of the world after winning five Grammys for "The Miseducation of Lauryn Hill." Two years later, though, she had largely vanished from the public eye. She stayed out of the spotlight for the most part until she reported to prison to serve three months for tax evasion in 2013. Since then, she's been back in the public eye and even playing concerts. In 2012, she explained in a lengthy blog post that she had to "withdraw from society." She added, "I did this in order to build a community of people, like-minded in their desire for freedom and the right to pursue their goals and lives without being manipulated and controlled by a media protected military industrial complex with a completely different agenda."

His family is incredibly public with their lives (some may say too public). But for a long time, Rob Kardashian didn't feel the same way. In 2014, he skipped out on sister Kim Kardashian West and Kanye West's wedding and retreated to his home. He was then only seen publicly in a handful of blurry paparazzi photos. It wasn't until Feb. 1, 2016, that Rob really showed his face for the first time in more than 18 months. Since then, he's been back in the limelight after having a baby with fiancée Blac Chyna.

On July 17, 1993, Guns N' Roses performed the final show of its "Use Your Illusion" tour in Argentina. Then the band went dormant. Lead singer Axl Rose also essentially went dormant. The singer was MIA for 10 years, holed up in his Los Angeles-area home. He reappeared in 2004 and then released "Chinese Democracy" in 2008. He then went underground again for a few months. It was really only in 2016 that Axl decided to completely rejoin society — in large part thanks to GnR's well-received North American tour following Axl's reconciliation with original guitarist Slash.

Easily one of the most famous recluses of all time was the author JD Salinger, who penned the classic "The Catcher in the Rye." Shortly after that book was published in 1951, JD went into seclusion. He was not seen publicly for the rest of his life. He published his final original work, "Hapworth 16, 1924," in 1965 and gave his last interview in 1980. He died in 2010. JD was such a master when it came to avoiding the public that he didn't even leave his home when a fire consumed more than half of it in 1992. Most of what we know about him comes from court transcripts (he sued a few people along the way) or his daughter's 2000 memoir, "Dream Catcher."

She was the apple of many people's eyes in the 1950s and is often called the queen of the pin-ups. In 1957, though, Bettie Page walked away from modeling at the age of 35, moved to Florida and went into seclusion. She died in 2008. For the last 50 years of her life, her name was linked primarily to bizarre acts and bits of news often tied to her mental illness. She often said she heard voices talking about devils and angels. Once, she held her husband and stepchildren at knifepoint and forced them to stare at a photo of Jesus. In another incident, she stabbed her landlady.

His movies are classics that are still beloved and watched to this day. But director John Hughes? Well, he was hardly seen at all in his final years. John was the king of the '80s with films like "National Lampoon's Vacation," "Ferris Bueller's Day Off," "Sixteen Candles," "Pretty in Pink" and "Home Alone" and its sequels. But he quit directing in 1991 and moved to Chicago in 1995. He never returned to Hollywood after that and lived out the rest of his days in self-imposed exile. He died of a heart attack on Aug. 6, 2009.

Sly Stone was larger than life as the eccentric leader of the Family Stone, whose hits included "Everyday People" and "I Want To Take You Higher." But in the 1980s, he vanished and was rarely seen. Finally, in 2007, he sat down for a feature in Vanity Fair, giving his first interview in about a dozen years. Where had be been all those years? What was he doing? "Just traveling," he said, "going around, jumping in and out, and up and down." Asked why he wanted to rejoin the world after about 20 years, he said, "'Cause it's kind of boring at home sometimes."

Howard Hughes was an eccentric filmmaker and billionaire. He also didn't like being seen. In 1947, he even locked himself in a darkened screening room for four months, with a diet that consisted mainly of chocolate bars and milk. He was said to have relieved himself into empty bottles, rather than leave the room to use the bathroom. By 1950, he'd gone into complete seclusion. One of his greatest stories, though, came several years later: Howard went to Las Vegas in 1966 under the cover of darkness and stayed in the penthouse of the Desert Inn (where the Wynn and Encore stand today.) Legend has it Howard had been there for more than a month when the hotel's general manager asked him to leave the room because it was needed for the expected influx of New Year's Eve guests. Howard decided to buy the hotel rather than leave. He died in 1976, with few people ever seeing him during the last 20 years of his life. Leonardo DiCaprio portrayed him in the 2004 film "The Aviator."

For the better part of two years in the '70s, Beach Boys founder Brian Wilson was entirely off the grid. After his father died in 1973, Brian retreated to a bedroom in his home. He hardly left the confined quarters during that stretch of time, later telling many media outlets that he was using drugs and chain smoking. In late 1974, Brian began reemerging. A book about his complicated life, "I Am Brian Wilson: A Memoir," will be released in October 2016.

Stars didn't come much bigger than Doris Day in the '50s and '60s. Then, poof, she was gone. The 92-year-old actress retreated to a ranch in Carmel, Calif., and still resides there, out of the limelight. She's not holed up like some other famous recluses, she just prefers privacy and a life out of the spotlight. On her 90th birthday, she took photos with 200 fans who had gathered at her home, something she hadn't done in 20 years. "She obviously hasn't returned to Hollywood in a very long time [but] I admire her graceful desire to stay out of the limelight," her publicist told ABC News of his client. "She's enjoying her privacy, for now."

Harper Lee published one novel — maybe you've heard of it: It's called "To Kill a Mockingbird" — then retired in 1961 on the enormous success of the Pulitzer Prize-winning book. She's not a recluse like many others, as she'd show up from time to time at events, but it was very, very rare to actually hear her speak. She's more of a private, shy person than a recluse. When asked in 2007 to speak at an event, she declined, saying, "Well, it's better to be silent than be a fool." Her second book, "Go Set a Watchman," was published in 2015.

Greta Garbo was the "It" girl of the '20s and '30s. The icon was in 28 films before retiring at 35 years old. Even while she was brightening up the big screen, she was still very private, never signing autographs or even attending the Oscars, despite the fact that she was nominated three times and was given an honorary statuette in 1954. She lived quietly in her New York apartment, refusing all interviews. "I never said, 'I want to be alone,'" she once explained to a friend. "I only said, 'I want to be left alone.' There is all the difference." 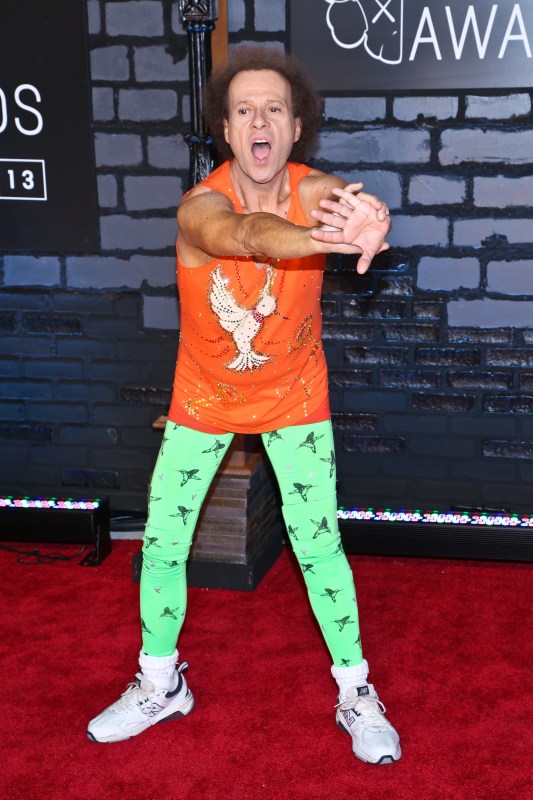 Up Next Vanishing act