What's up with these two former lovebirds? That's what InTouch Weekly is asking days after Ryan Phillippe was reportedly seen leaving Demi Lovato's house around 5 a.m. on Saturday, Oct. 29, after her Halloween party the night before. According to the Daily Mail, Ryan arrived at Demi's around midnight — when all of Demi's guests were gone. Ryan, 43, and Demi, 25, were linked back in 2011. In September, Demi was spotted holding hands with DJ/producer Lauren Abedini.

Twinning again. Reese Witherspoon took her 18-year-old mini-me Ava Phillippe to the WSJ Magazine 2017 Innovator Awards this week and as usual , the two looked nearly identical. Like Ava, Reese selected a just-to-the-knee-length black cocktail dress and strappy black shoes for the occasion, where Reese was honored with the Innovator in Entertainment award for her work through production company Hello Sunshine to tell more female-driven stories in Hollywood and create better roles for women. "Women want real substance and premium, thought-provoking, well-made content and they want it now," Reese said, according to E! News. "Quite frankly we just can't see the same films from the same group of people over and over again and expect society to change. … I don't know if you guys have read the news or anything," she continued, "but we've been dealing with some really ugly truth of sexism and sexual harassment and it has been rampant for far longer than I've been an actress, but it's brought back a lot of painful memories for people and it's been a real time of reckoning for us and there is definitely a growing realization that we need to take the time to really examine the biases that exist in our industry and make much needed change."

#HoustonStrong! After a nail-biter of a World Series against the Dodgers, the Houston Astros became the 2017 MLB champs in Los Angeles on Wednesday, Nov. 1, and celebs from Kate Upton — who's engaged to Astros pitcher Justin Verlander — to tk couldn't have been happier to see Houston win its first World Series in franchise history. "Fitting that the courageous & resilient people in the city of #Houston — have officially been coronated as champions in 2017!#WorldSeries," Donnie Wahlberg wrote on social media (via ET). Rob Lowe was also feelin' pro-H-Town when he tweeted, "Congratulations to the @astros Tonight, the better team won. #respect #GameSeven." Though he may have been too excited to both posting on social media, Houston native Travis Scott predicted his hometown team would win, tweeting on Halloween, "Astros in 7."

Arnold Schwarzenegger and Maria Shriver's divorce has not been finalized

When they joined three of their four children at the premiere of "The Long Road Home" this week, it sure looked as if all was well between Maria Shriver and her ex, Arnold Schwarzenegger. Things might not be as rosy as they seem, though. TMZ reports that six years after Maria filed for divorce from Ah-nie in July 2011 after it was revealed he had a secret love child with the family's longtime housekeeper, the pair's divorce has yet to be finalized. Insiders tell TMZ that's because Arnold "is not taking the necessary steps to end the marriage." The former couple reportedly had no prenup and no longer have children under the age of 18 who could be part of a custody dispute. Maria and Arnold were married for 25 years before they split.

Woops. In what could have been a "Girls" episode plotline, Lena Dunham revealed this week she believed she'd caught her boyfriend Jack Anatoff working up engagement plans. Alas, that's not quite what was going on. "I thought Jack was furtively planning a proposal to me with his sister and he just admitted I actually caught him 'talking s—' about me!" Lena tweeted in the wee hours of Thursday, Nov. 2 (via E! News). "Now I literally can't sleep cuz I'm laughing too hard and I am also keeping him awake," she added. "5.5 years, no rock and you know what? It's real nice." Later, she explained how she mistook a conversation about Jack being irked with her for a proposal plan. "They were huddled and I heard him say 'Lena' and 'finger' so obviously it seemed like an engagement ring talk," she tweeted. "Anyway I want Cardi B's ring." Engagement buzz around the couple, who once said they'd only marry when same-sex marriage was legal everywhere in the U.S., started back in 2015 when lena was spotted wearing a new ring on her all-important finger and fans noticed Jack's sister had referred to the "Girls" creator as her "sister-in-law."

With the White House pushing for more stringent immigration policies across the board, Wilmer Valderrama, whose Colombia father and Venezuelan mother moved the family to Venezuela when the actor was 3, is speaking out about the intense work ethic his parents instilled in him from a young age so he could take advantage of every opportunity afforded to him by being a U.S. citizen. "When I first came [back] to the United States I was about 13-14 years old. The first thing my dad said was, 'Mijo, we came here to work,'" Wilmer recalls in a new interview with ET. "He said, 'Your full-time job is to get the education that we didn't have. Your full-time job is to learn how to speak English and obtain the tools you need to get to where you want to be.' And, that was something that was very important to me." He went on to say it was lessons like those that helped him succeed as an actor at a young age. Now, the 37-year-old "That '70s Show" alum is also a successful advocate for immigrants in the U.S. — a cause he's furthering by working with Johnnie Walker's Keep Walking America campaign to celebrate cultural diversity. "Every time that I do an inner city program or help establish a program that [helps immigrants], all I picture is my family. All I see in every person I talk to, every immigrant that I come across, I see my parents when we first got here," he continued. "There is absolutely no difference. We didn't speak any English. We ate dinner every other night, and not that it was a bad thing, for us Latinos, you just turn the music on a little louder and keep on pushing. We never felt sorry for ourselves, we just knew that we had to work a little harder, get up in the morning a little earlier and keep swinging. And, eventually something good will happen, and it did." Wilmer is currently working wit a Johnnie Walker pop-up portrait studio outside the naturalization ceremonies in downtown Los Angeles. "This portrait series will capture people's first portrait as a U.S citizen. It's a day where we get to share stories on how we arrived to the United States, the rolling of the sleeves and working hard. And, what it means to get a seat at a table by becoming a citizen," Wilmer said. He added that he considers it his job to help "reinforce the American Dream," and ensure "that we never forget our heritage as we embrace our role in this beautiful country."

The production team behind "House of Cards" was already moving to create a harassment-free workplace when actor Anthony Rapp alleged a 26-year-old Kevin Spacey made an unwanted sexual advance when the actor was 14. A memo to from the execs at Media Rights capital was distributed to all staff following the New Yorker's expose about Harvey Weinstein's alleged sexual misconduct. The communication, excerpted in the New York Post, shows producers were requiring staff to take a one-hour online course called "Risky Business" that was "designed to help our personnel navigate any difficult issues that may arise" and to give staff "the tools to handle and/or avoid any 'risky situations.'" The memo explained: "With this issue being front and center in the news right now, this couldn't come at a better time. We feel it is important for everyone in the workplace to understand and live these principals." Two weeks later, the allegations about the main star of "House of Cards" sparked the production group to shut the show down.

After kicking off a $10 million fundraising campaign to make a movie about pedophiles in Hollywood, Corey Feldman vowed on the "Today" show to name the people he's accusing of having attacked him — and his late friend, Corey Haim — when they were child stars. He initially planned to name names after the money was raised, but a report from the New York Post suggests those names could come out sooner. In an interview for Dr. Mehmet Oz's show, Corey was reportedly urged to contact the LAPD again about his child abuse allegations. "He revealed two new names," a source told the tab. According to the Post, Corey tells Dr. Oz one of the accused people "still taunts … and flaunts" photos of Corey and his late friend on MySpace and Facebook. In a clip from the show, he can reportedly be seen speaking to police on the phone, saying, "I'm going to give you the names of everybody . . . everybody I've got knowledge of, and I would like you to start putting the pressure on all of them." Corey also tells Dr. Oz one of the accused attackers is currently living in Mexico.

Meek Mill is headed back to court

Meek Mill could be looking at up to 20 months in prison, depending on how things go in court for him next week. According to TMZ, the hip-hop star is due to appear before a judge regarding two probation violations — one in St. Louis, where he was arrested for getting into a fight and one in New York City, where he got a citation for reckless driving. Although both cases have already been dropped, Meek had been warned not to do anything that might mess with the probation he's still on following 2009 drug and weapons charges.

The Weeknd 'didn't trust' Justin Bieber when it came to Selena Gomez: report

Former flames Justin Bieber and Selena Gomez have been hanging out regularly in recent weeks and while TMZ has reported their get-togethers started after Selena broke up with The Weeknd, a Justin source says Justin initially "checked in" with Selena out of concern following her kidney transplant over the summer. Initially, one insider told Us Weekly The Weeknd was cool with Selena being in touch with her ex. A second source isn't so sure. "He trusted Selena, but he really didn't trust Justin," says the source. The Weeknd probably wasn't overreacting, either. According to Us, Justin very much wants to get back together with Selena. "There won't be any decisions soon," says a friend of Selena's. "But ultimately, their friends think it will end up in that direction." 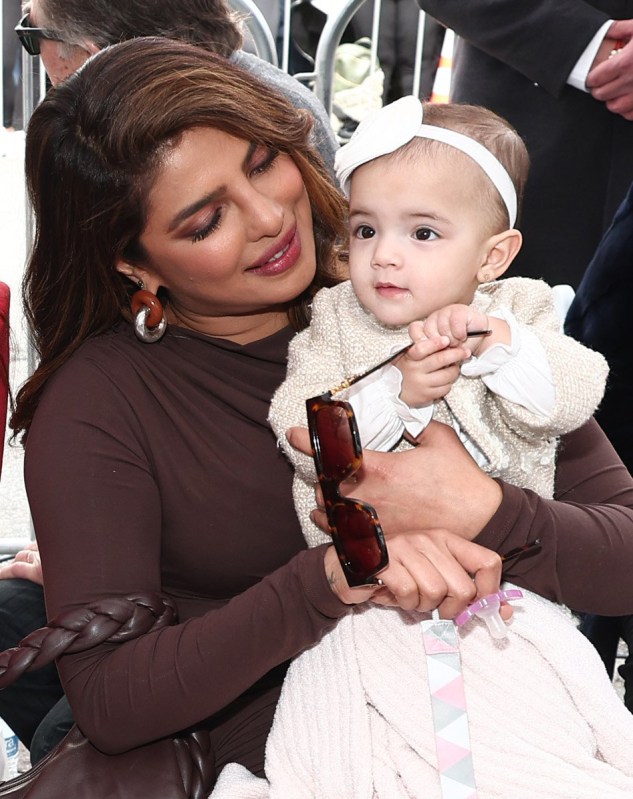