Earlier this week, country singers Chapel Hart wowed the "America's Got Talent" judges so much with their updated take on Dolly Parton's classic, "Jolene," that the panel hit their Golden Buzzers in unison, rocketing the all-women group straight to the live shows. As Danica Hart explained before their performance, she and her bandmates were "inspired by the song 'Jolene' and … love the storyline," but they decided the tune needed a little tweak to make it ready for 2022: "We figured … from 1973 to 2022, we could not still be fighting over the same man. So, we decided to tell her, 'You can just have him, Jolene.'" As their performance went viral this week, Dolly herself apparently caught wind of Chapel Hart's "You Can Have Him, Jolene," and hopped on Twitter with a note of support. "What a fun new take on my song, @ChapelHartBand!" Dolly tweeted on Wednesday, July 20. Referencing her husband, who inspired her original song, Dolly wrote: "Carl's birthday is today so I think I'll hang on to him, and I'm not notifying Jolene that today is his birthday." She added a winky emoji and a link to the singers' "AGT" performance.

On the Thursday, July 21, edition of "Live With Ryan and Kelly," Kate McKinnon broke her silence on her decision to leave "Saturday Night Live" after the Season 47 finale this spring. "I thought about it for a very long time, and it was very, very hard," Kate explained, according to Entertainment Weekly. "All I ever wanted to do in my whole life was be on 'Saturday Night Live.' So, I did, I loved it, I had the best decade, and then I was just like, my body was tired, and I felt like it was time," she said of her long tenure on the show, where she's famously played politicians like Rudy Giuliani, Hillary Clinton and Kellyanne Conaway, as well as stars like Jodie Foster and Penelope Cruz. Asked if he'll watch the new season of "SNL" when it returns this fall, Kate admitted she may not be emotionally prepared to tune in just yet. "I don't know what I will do," she told Ryan Seacrest. "I don't know that I can watch the show yet because it's too emo because I miss everyone so much. It's my family. It's too emo." Before letting any tears fall, Kate joked she had a plan to distract herself: "I think I'm just going to take 'The Bachelorette' and watch it,'" she said. Along with Kate, Pete Davidson, Aidy Bryant and Kyle Mooney announced their exits from the award-winning sketch show this year.

Ryan Gosling will see your "not impressed" face, McKayla Maroney, and raise you the "power shade move" his 6-year-old daughter has apparently patented. While talking fatherhood with fellow girl-dad Jimmy Fallon on "The Tonight Show" this week, Ryan — who shares daughters Amada, 6, and Esmeralda, 7, with partner Eva Mendes — revealed Amada put her art critic skills on display during the family's recent family trip to Paris. "My youngest has a real power move," Ryan explained (via ET). "We got to work in France, so we went to The Louvre. We saw Winged Victory, we saw Venus de Milo," he recalled, ticking off the museum's most famous masterpieces. "We were standing in front of the Mona Lisa and she goes, 'This museum?'" Ryan then made a face and pointed his thumb down, imitating his unimpressed daughter. "I said, 'Why?' She went, 'Because it is not good,'" he continued. "The real power move is, sometimes, she'll turn around and go …" The "Barbie" star stood up, swung his hands behind his back and aimed both thumbs at the ground. "The thumbs-down walk-away," he said, as audience members cracked up laughing. "It's like Roman Empire-level shade." Turns out Ryan and Eva's girls also played a role in the actor's decision to play Ken in Greta Gerwig and Noah Baumbach's upcoming "Barbie" movie. While contemplating whether or not to join the cast, Ryan said he found himself standing in his backyard when the universe — the one ruled by a certain pair of little girls, anyway — sent him a sign in the form of an actual Ken doll. "Do you know where I found Ken, Jimmy?" Ryan asked the late-night host. "Facedown in the mud next to a squished lemon," he said, recalling his discovery of the toy. He promptly snapped a photo of the doll situation. "I texted it to Greta," he added, "and I said, 'I shall be your Ken, for his story must be told.'" And the rest was viral internet history …

Gwyneth Paltrow is all for her ex, Ben Affleck's new marriage to his on-again ex, Jennifer Lopez — in spite of a minor yet unflattering comment JLo made about Gwyneth in an interview back in 1998. In a light-hearted Q&A on her Instagram Stories this week, Gwyneth was asked by a fan, "How do you feel about Ben and JLo?" Gwyneth, who dated Ben in the late '90s right before he and Jen fell in love (the first time), replied in all caps, "LOVE!!!! SO ROMANTIC!!! VERY HAPPY FOR THEM." It's not the first time Gwyneth's expressed her support of Ben's reunion with the singer. In September 2021, the Goop founder spotted a photo of the couple at the Venice Film Festival — their red carpet debut as an on-again pair. "Okay, this is cute," she wrote on the pic alongside a smooch emoji. As the Daily Mail was quick to remind readers after the Thursday, July 21, Stories Q&A, Jen was asked about Gwyneth in an interview published in early 1998, when the actress was reportedly dating Ben (and prior to Jen and Ben's first stab at romance). "Tell me what she's been in? I swear to God, I don't remember anything she was in," Jennifer told Movieline at the time. "Some people get hot by association. I heard more about her and Brad Pitt than I ever heard about her work," she added. Gwyneth and Ben dated from 1997 until 2002, according to the Mail. Jen and Ben got serious after starring together in 2002's "Gigli." They were briefly engaged, but split in 2004 before reuniting and secretly tying the knot in Las Vegas on July 16.

RELATED: All the stars with residencies in Las Vegas

One day after Amber Heard's legal team filed a notice of appeal in Johnny Depp's defamation case victory, Johnny's lawyers filed their own notice of plans to appeal the $2 million in damages the jury awarded to Amber, according to ET. On June 1, the Virginia jury in the case found Amber's 2018 op-ed about domestic abuse defamed Johnny to the tune of $10.35 million, if you go by the damages he was awarded. But they also declared Johnny had defamed Amber via his lawyer's claim her side of the story about their tumultuous, now defunct relationship was "a hoax." Speaking to ET, a source said Johnny "believes that this is a time for both parties to move on with their lives and heal. But if Ms. Heard is determined to pursue further litigation by appealing the verdict, Mr. Depp is filing a concurrent appeal to ensure that the full record and all relevant legal issues are considered by the Court of Appeal." The judge overseeing the case previously denied Amber's motion for a mistrial.

RELATED: It's over for this 'Souther Charm' couple, plus more big celebrity breakups of 2022, so far

It's been eight months since Demi Lovato ingested any substances and at this point, it's just not something that crosses their mind much, the singer told Boaston radio station Mix 104.1 this week. "I'm in such acceptance of my life the way that it is that I really rarely think about substances, which is a beautiful thing and something that I never thought would happen to me. And I just realized that none of it works for me. What's come into my life is acceptance," Demi said in an interview on Thursday, July 21, according to Page Six. Looking back, Demi added that going the "California sober" route initially after a 2018 relapse that nearly killed them, was probably an indication that they weren't personally ready for the change. "I had people around me that wanted me to be sober," said Demi, 29. "I don't think that I wanted it. And now, I made all the bargaining choices and I realized that none of it works for me."

In honor of what would have been Robin Williams' 71st birthday on Thursday, July 21, the late comic's son, Zak Williams shared an Instagram photo of his dad in full cycling gear, holding a bright yellow bike that at first glance looked more like an electric guitar. "Happy 71st Birthday Dad! I'll be remembering you today as you would want to be remembered, in spandex," Zak, 39, playfully wrote in the caption. "Miss you and love you always!" Though Robin had been diagnosed with Parkinson's disease prior to his death by suicide in 2014, the coroner later determined he suffered from Lewy body dementia, a degenerative neurological condition that depletes the brain of dopamine neurons as abnormal proteins called Lewy bodies build up in the brain and brain stem. In the wake of his dad's death, Zak has focused his work on mental health advocacy and crisis intervention, including the American Foundation for Suicide Prevention, which featured him as its keynote speaker at a summit for survivors this week. 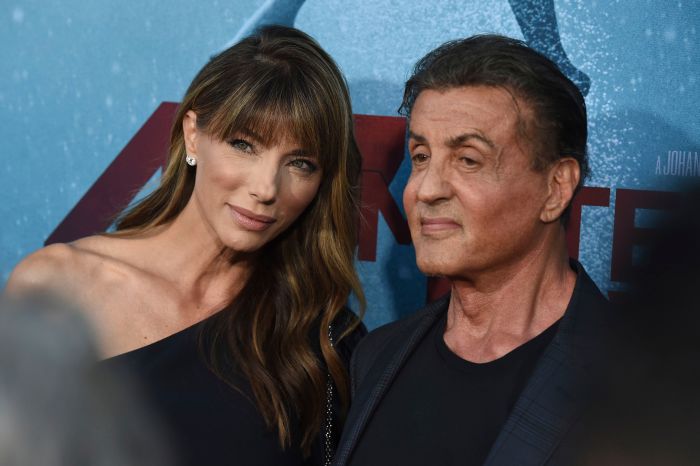