In the new issue of Cosmopolitan. Kaley Cuoco opens up about why her relationship with Ryan Sweeting fell apart — and how their split changed her perspective on marriage. "I honestly thought I wouldn't get married again," says Kaley, who's now engaged to Karl Cook. "My ex ruined that word for me. I married someone the first time who completely changed. The person I ended up with was not the person I originally met. And that wasn't my fault—that was his. I knew how much I had to give and how much I wanted to receive. I knew I just had to be patient … I had to go through a lot of things, but it brought me to Karl." Kaley and Karl started dating in 2016; he popped the question nearly two years later.

Some fans think Khloe Kardashian gave birth over the weekend

Between the infamous Beyonce biter and Lindsay Lohan's claim she's giving the Harvard Law School commencement address, we were already starting to feel a bit plagued by pop culture mysteries this month. Maybe that's why some folks on social media are convinced Khloe Kardashian secretly gave birth over the weekend. In the past, Khloe's been front-and-center with her family on social media over the Easter holiday. This year, even though Kylie Jenner hosted a get-together, Khloe seemed to be keeping a suspiciously low profile, posting just one selfie. "Alright I feel like Khloé has been in labor all weekend cuz she's been Easter MIA," one fan tweeted (via Life&Style). Hair stylist Jen Atkin's comment on Khloe's selfie fueled rumors as well, given how "My little bunny this is your day!!!!!" sounds a bit like Khloe may have gone into labor. If she did, neither she nor her sisters were ready to announce anything quite yet. Speaking to ET on Saturday, March 31, Kim Kardashian West said, "You cannot tell [Khloe] anything right now that's too sensitive because she's just so freaked out. So, I can't really get into the whole, like, nipples and breastfeeding thing. She's just going to have to figure that all out and slowly." She also pointed out that Khloe's so close to her due date that it's best for those around her to help her stay calm. "It'll be fine. She knows," Kim said. "She's seen all of us go through it. She's prepared, but I feel her and I are on a really good communication about everything. I know when to push it and when to … right now isn't a time to freak her out. The closer it gets, you can't freak someone out."

Over the weekend, a trip to Six Flaggs outside Los Angeles turned ugly for Blac Chyna, who was caught on video attacking a woman with who'd gotten too close to her 1-year-old daughter Dream. The fact that she used the stroller as a weapon didn't help matters as the clip started trending. Among those who saw it was Dream's dad, Chyna's ex, Rob Kardashian, who reportedly reacted by contacting his lawyers. TMZ reports Rob was already unhappy with some aspects of the pair's joint custody arrangement, including the $20,000 a month he pays her (via his family) in child support despite the fact that she earns more than he does. The fact that she's brought guys she's seeing into the house when Dream is there is an issue for Rob, too. Insiders close to Rob say his lawyers plan to take Chyna back to family court to request changes Rob hopes will go further to protect Dream such as establishing rules for her parenting. He's also reportedly planning to ask for "a massive reduction" in what he pays toward's Chyna's care for the little girl.

Jessica Biel opens up about her emergency C-section

Sometimes, the miracle of life works in mysterious ways — that no amount of pre-planning can foresee. In her new book, "The Nanny Connie Way: Secrets to Mastering the First Four Months of Parenthood," the popular Hollywood-based nanny Connie Simpson invites Jessica Biel to share just how off-track things went when she and Justin Timberlake welcomed their son, Silas, in 2015. "Our birth plan was anything but normal," Jessica admits (via Us Weekly). We had two midwives, one doula, one meditation birthing class, a ton of hippie baby books, and a lovely home in the Hollywood Hills that we had turned into a labor training facility that we called The Octagon. So, not exactly normal." Unfortunately, nothing from that carefully plotted experience ended up workable when it came time for Silas to arrive. "When all our plans fell apart and the serene, natural childbirth we had envisioned ended with a transfer to the hospital and an emergency C-section, we arrived home exhausted, disillusioned and totally in shock," Biel reveals. "I was obsessed with everything organic, toxin-free, natural, and homeopathic for our kid, who came into this world in an operating room through an incision. I was a dictator, making myself and my husband insane!" Three years later, Jessica must have eased up a bit on the "dictator" vibe. She and Silas recently joined Justin on his Man of the Woods tour.

Bella Hadid just schooled us on how to deal with a troll. In the comments to an Instagram pic of Bella and her friend, Kendall Jenner, a user slammed the models, accusing them of having had too much work done and being mean-spirited people. "2 fake b—— sitting in a tree, first comes the nose job, then come the lips, oh and don't forget the built in cheeks," the user wrote (via Us Weekly and W). lmao y'all tripping fam, money can get you a new face but not a nicer personality which these two girls need." Bella's reply? "I wish you would know either of our personalities. And not only that, I wish you would only grasp a heart of your own. Blessings to you sweetheart. Jealousy is a cry for help that I wish I could help you with." Us reports the user deleted his or her comment as well as Hadid's response — and later posted, "Seriously this whole thing has taught me a lot."

Viola Davis and her husband Julius Tennon are the latest celebs facing a break-in at their home. The couple was sleeping in their bedroom when what appears to have been three men dressed in hoodies and gloves attempted to burglarize them. Viola and Julius woke up when they heard glass breaking in their room, according to TMZ. The men seemed to have entered the house by climbing a ladder to the second floor and making their way onto the master bedroom's balcony. The actors turned the lights on and the men ran off, but not before being caught on surveillance video. Police tell TMZ they don't believe Viola and Julius were "being specifically targeted" in the burglary attempt.

For Emmy Rossum, the "Roseanne" reboot is a little too attached to its namesake's pro-Donald Trump politics. "Some reviews I've been reading that Rosanne is attempting to bridge the gap in this country thru comedy are interesting… but I'm sorry, anyone who voted for A WALL is not trying to BRIDGE anything," Emmy tweeted on Friday, March 29 (via JustJared). She also tweeted about the fact that the president reached out directly to Roseanne Barr following the premiere of the reboot. "@potus called ROSANNE to congratulate her on her ratings. This reinforces that he truly only cares about 'ratings' and popularity and what's on TV. What is it all coming to? That being said, I love my girl @EmmaRoseKenney 😃," she posted. Finally, Emmy summed up the various issues she has with both Roseanne and the current leader of the free world. "Roseanne on Jimmy Kimmel about Trump: 'let's try to think positive,' she wrote in another tweet. "Well, actions speak louder. The Wall. The transgender military ban. The normalization of lying. The demonizing of the press. The rise in hate crimes. The POSITIVE is the MIDTERM ELECTIONS."

Is Anna Wintour's reign at Vogue coming to an end? Insiders at Conde Nast seem to think so. Although a corporate spokesperson for the publishing house told the New York Post, "we emphatically deny these rumors," the tab claims Anna, who came on board at Vogue as editor-in-chief 30 years ago, may leave after she closes the September issue of the magazine. The timing would work out to allow her to remain at Vogue until after her daughter gets married in July, according to the Post's sources. Tension has reportedly been growing at Conde Nast for a while now, thanks in part to the closing of the print editions for various magazines Anna was responsible for in her role as artistic director. Another insider says there's also a personal aspect to Anna's potential exit. Apparently, Jonathan Newhouse, the chairman of Condé Nast International, "doesn't like [the amount of power] Anna has." The Post claims Edward Enninful, the editor of Vogue U.K., is likely next in line for Anna's long-held job.

Matt Lauer puts apartment where he was fired on the market

After his rumored $20 million "Today" show salary disappeared in the wake of his sexual misconduct scandal, Matt Lauer seems to be looking for big ways to cut costs. He previously put the home he shared with his family in the Hamptons on the market for $18 million — a price he later reduced to $12.75 million. Now, the apartment in Manhattan where he stayed during the week when he worked at "Today" is on the market, as well. It's the same pad where NBC exec Andy Lack visited Matt to fire him last fall. The New York Post reports Matt recently listed his four-bedroom, pre-war digs at 133 E. 64th St. for $7.35 million. Amenities include "custom book shelves, a parquet hardwood floor and a wood-burning fireplace," according to the Post.

A judge is giving Taylor Swift's accused stalker a bit of a break on his sentence. Frank Andrew Hoover, who reportedly sent the singer's dad emails threatening to "end" their entire family, will be on probation for the next 10 years, according to TMZ. He was also ordered to stay a mile away from Taylor and her relatives and to wear a GPS device so the authorities can keep tabs on him. In addition, Hoover was ordered to take substance abuse classes and random drug testing, give up any firearms in his possession and complete psychological testing. Violating any of those terms could land him back in prison, according to the website. Hoover was arrested in 2016 for violating a protective order Taylor had against him when he was spotted at her concert in Austin, Texas. 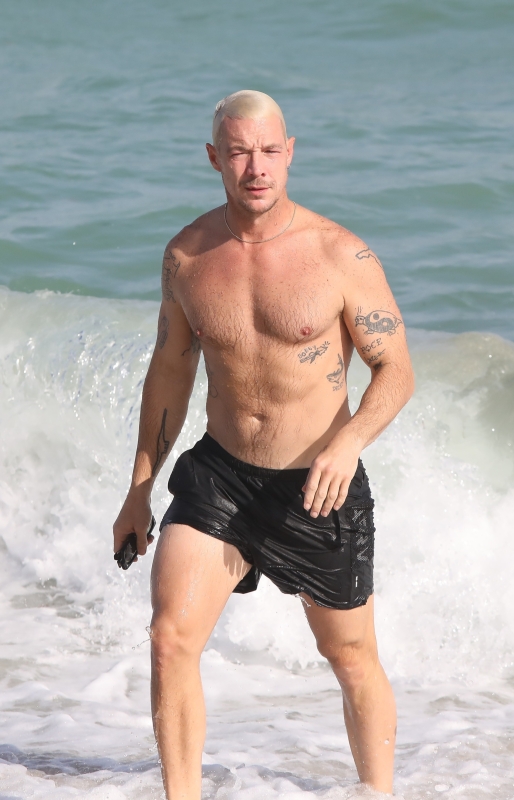