Bradley Cooper and Irina Shayk have struck a custody deal for their 2-year-old daughter, Lea. The former couple, whose split was confirmed in early June, have agreed to joint legal and physical custody of their little girl and agreed to both live in New York City to make co-parenting easier, TMZ reported on July 18. Interestingly, according to the webloid, the exes are "so in sync with co-parenting" that they don't have a formal, written custody agreement. The duo will share Lea 50/50, but that will vary month to month due to their busy work schedules.

Sarah Hyland and Wells Adams are engaged. The couple announced the happy news on Instagram on July 16, with both sharing different scenes from their magic moment. The "Modern Family" actress said yes while she and her beau of nearly two years were on vacation in Fiji. Wells, an alum of "The Bachelorette," popped the question with an oval-cut Lorraine Schwartz sparkler. While speaking on his "Your Favorite Things," podcast, Wells said Sarah likely knew what was happening when they went off on a romantic vacation. Still, he was nervous to propose, but not for the reason some might assume. "Guys, for the most part, are not used to having expensive pieces of jewelry around them," he said. "So it freaks us out just in general. Also, for me, we were traveling across the ocean, so that's even more stress of like, 'What happens if someone steals my bag or something?' Everyone is like, 'Are you so happy?' And I was so happy but I'm also so happy I'm not in charge of that very nice ring. There's too much pressure!"

Baby on board! Michael Sheen is going to be a father again. On July 17, the "Good Omens" star announced on Twitter that he and actress girlfriend Anna Lundberg, 25, are expecting. "Very happy to let everyone know that my partner Anna and I are expecting a little angel of our own (Just to be clear — we're having a baby!) #nottheantichrist," he tweeted. Michael, 50, also shares a 20-year-old daughter with ex Kate Beckinsale.

Let's just say it could be a very big night in late September for "Game of Thrones." On July 16, the 2019 Emmy nominations were announced and the HBO juggernaut scored 32 nods, the most ever for a series in a single year. Not surprisingly, Julia Louis-Dreyfus is nominated for "Veep" again. If she wins (and she's always the favorite to win), she'd make history as the performer with the most individual wins in Emmy history. Nominated stars reacted with glee. Amy Schumer posted a photo of herself feeding infant son Gene and captioned it, "We are very proud of being EMMY nominated for our @netflixisajoke special #GROWING as we were both on stage during filming! Very proud and excited. Thank you everyone who voted and to my husband who wants me to never stop talking." Sacha Baron Cohen also notably earned three nominations for his Showtime series "Who Is America." He tweeted his thanks to Dick Cheney and Sarah Palin.

The criminal case against against Kevin Spacey for felony sexual assault was dropped on July 17 "due to the unavailability of the complaining witness," according to legal papers. A man had previously claimed that the actor plied him with alcohol and fondled him at a club in Nantucket, Massachusetts, in July 2016. The would-be victim, who was 18 when the alleged assault happened, previously dropped a civil case against Kevin. The teen had sent text messages to his girlfriend about what happened that night but the alleged victim's phone records were called into question after Kevin's lawyer's said the man selectively deleted texts. While being questioned about the texts, the man invoked the Fifth Amendment.

How's this for a "Tale": Bradley Whitford and Amy Landecker have tied the knot! On July 18, the actress shared an image of herself resting her head on her new husband and "Handmaid's Tale" co-star. "Of Bradley. #eloped," she captioned the Instagram photo that also included the couple's two dogs. Bradley cracked a joke about the marriage on Twitter, referring to their "Handmaid's Tale" characters. "In a shocking, totally unearned plot twist, Commander Lawrence married Mrs. McKenzie today in Santa Barbara," he wrote. "The shark may have been jumped, but the couple is thrilled." Bradley and Amy have been together for four years.

R. Kelly's troubles continue. On July 16, the singer appeared before a judge in federal court in Chicago to answer to multiple charges of serious sexual misconduct. A judge ordered him to be held without bond after he pleaded not guilty. Prosecutors successfully argued that the music star should not be freed by claiming that he was a danger to the community, especially female minors. R. Kelly, they argued "has a unique ability to influence and intimidate witnesses and victims, and that continues to this day." They argued that home arrest shouldn't be an option since he can "entice girls to his own doorstep." The R&B singer's team argued that he is no risk to minors or anyone. He's been behind bars since he was arrested on July 11.

It was the moment every "The Bachelorette" fan was waiting for. On the July 15 episode of the hit ABC show, Hannah Brown eliminated this season's top villain, Luke Parker, after he attempted to "sex shame" her for being intimate with at least one other contestant on the show. Luke defended himself on Twitter, blaming producers amid his claim that the conversation that aired was taken out of context because an earlier relevant discussion with the former beauty queen wasn't shown. He and Hannah got into a tiff on Twitter too. In a conversation with People magazine, Hannah said her relationship with Luke was "toxic." "Even though it was difficult in the moment and it has been difficult watching it back, there's definitely a silver lining to the relationship I had with Luke P.," she said. "I grew a lot from that relationship. I think every time you go through a difficult relationship, you realize more and more about what you will and you won't have in your next relationship — what you deserve and what you don't deserve."

Months after suffering a heartbreaking miscarriage, NBC's Dylan Dreyer has revealed she's pregnant again. The "Today" show meteorologist revealed on July 17 that she's expecting a baby boy with husband Brian Fichera in January 2020. "This is the best secret we could have possibly been keeping," she told People magazine. The TV weatherwoman, who's already a mom to 2-year-old son Calvin, also shared that she was about to start IVF before learning she was expecting. In April, she opened up about her miscarriage. "I'm devastated, and I have to go to work on the 'Today' show and be happy and smiling and pretend like nothing's wrong," she said at the time. "We push [emotions] down and get through the show, I go to the doctor and they do an ultrasound. The baby's still in there. It's fluke bleeding." She added, "I just want people to know that, yeah, I'm kind of going through it with you."

After nearly two years, Jennifer Hudson and David Otunga's custody battle for their 9-year-old son, David Jr., has been settled. The details of their arrangement have been kept private at the request of both parents. Both parents signed a gag order in 2017, meaning that they were unable to speak about the case to the public. Jennifer and the former pro wrestler were together for 10 years before splitting in 2017. 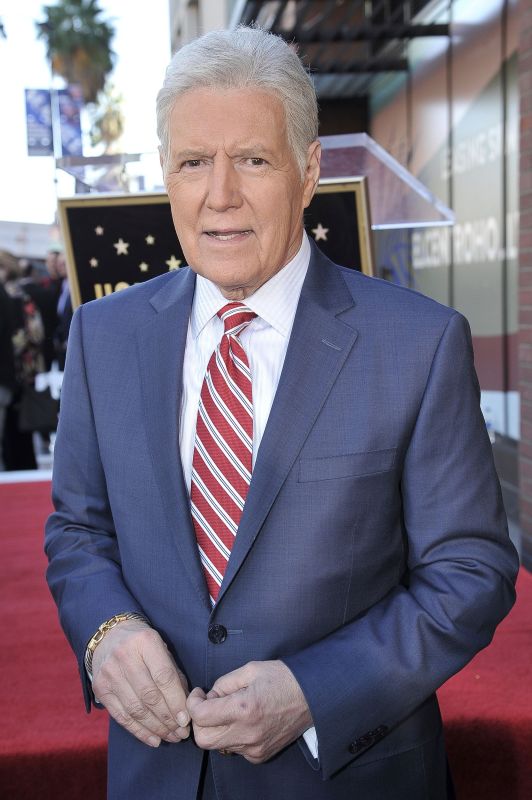