With a flurry of live-action flicks coming out, it was about time Nickelodeon's beloved adventurer Dora the Explorer moved to the big screen! Before "Dora and the Lost City of Gold" hits theaters on Aug. 9, 2019, Wonderwall.com is introducing you to all the actors stepping into roles from the adorable cartoon. Keep reading to meet them all…

Meet teenage Dora! Isabela Moner steps into the role of the adventurous brunette with that iconic bob haircut.

Before signing on to play the famous Nickelodeon cartoon character, Isabela Moner was a Nickelodeon star in her own right! The actress played CJ Martin on "100 Things To Do Before High School" 2014 to 2016. She also appeared in the network's flick "Legends of the Hidden Temple" in 2016 before hitting the big screen the following year in "Transformers: The Last Knight." She followed that up with two big roles in 2018 — first playing Isabel, the daughter of the head of a drug cartel in "Sicario: Day of the Soldado," then playing Lizzy in "Instant Family" alongside Mark Wahlberg and Rose Byrne. Back in May 2018, she was cast as the live-action teenage Dora. Fun fact: It's not her first time in a Dora-related project! She actually voiced the character of Kate, not Dora, on "Dora and Friends: Into the City!" from 2014 until 2017.

Swiper, no swiping! The sneaky orange fox is voiced by Benicio Del Toro.

Benicio del Toro is an Academy Award-winning actor! He found mainstream fame in 1995's "The Usual Suspects," which earned him an Independent Spirit Award, and he followed that up by winning the same award for "Basquiat" in 1996. But his most memorable and critically acclaimed role came in 2000 when he portrayed police officer Javier Rodriguez in "Traffic," which earned him an Oscar, a BAFTA, a Golden Globe and a Screen Actors Guild Award. Among his other memorable flicks? "Big Top Pee-wee" and the James Bond flick "License to Kill" in the late '80s, 2005's "Sin City," 2010's "The Wolfman" and 2015's "Sicario." Now he's lending his voice to Swiper the fox in "Dora and the Lost City of Gold" — his second project with Isabela Moner (they previously co-starred in 2018's "Sicario: Day of the Soldado" together).

The voice of Dora's loyal pal Boots might sound a little familiar. That's because Danny Trejo is playing the little monkey in the live-action flick.

Danny Trejo has undergone an amazing transformation in his 75 years, cleaning up his act after spending years in and out of prison in the '60s to become a construction worker and youth drug counselor and, eventually, an actor who's been making movies since the '80s. He might be best known for his role as "Machete" in the "Spy Kids" franchise, which kicked off in 2001 and evolved into his own 2010 film, "Machete," and its sequel, 2013's "Machete Kills." He's no stranger to voice work either. He's brought animated characters to life in projects including "King of the Hill," "Phineas and Ferb," "The Adventures of Puss in Boots" and "Tangled: The Series." Now he'll voice Dora's pal Boots in "Dora and the Lost City of Gold." Aside from acting, Danny is a businessman — he has both a taco shop and a donut shop in his native Los Angeles as well as his own brands of beer and coffee. He divorced wife Debbie, with whom he has two kids, in 2009.

Eugenio Derbez is a force to be reckoned with in the Spanish entertainment world. He's created (and starred on!) some of the most popular Spanish TV series ever including "Vecinos," "Al Derecho y Al Derbez," "Derbez En Cuando" and "La Familia P. Luche." He started acting at a young age and made a name for himself with English-language audiences in 2011's "Jack and Jill" alongside Adam Sandler, Katie Holmes and Al Pacino. His 2013 film "Instructions Not Included" became the most successful Spanish-language film in the history of the United States. Moviegoers will also remember he starred alongside Salma Hayek and Kristen Bell in 2017's "How To Be a Latin Lover." He's been married to Mexican star Alessandra Rosaldo, with whom he shares four children — some of whom are following in their parents performing footsteps.

Diego, Dora's cousin who also had his own Nickelodeon show, is played by Jeff Wahlberg.

Does the last name Wahlberg sound familiar to you? Jeff Wahlberg has some pretty famous relatives — he's the nephew of Mark Wahlberg and Donnie Wahlberg (Jeff's dad is their older brother, Jim Wahlberg). "Dora" co-star Isabela Moner has worked with Uncle Mark a few times — in both 2017's "Transformers: The Last Knight" and 2018's "Instant Family" — so Jeff already had a great rapport with the actress who plays his cousin. When it comes to acting, Jeff's pretty new to the scene — he has a handful of credits including roles on a few TV shows and a part in 2018's "Future World," but "Dora and the Lost City of Gold" is definitely his biggest flick to date.

Eva Longoria is no stranger to TV or movie screens. She got her big break back in 2001 when she landed a role on soap opera "The Young and the Restless." A few years later, she scored the part that made her a household name — Gabrielle Solis on "Desperate Housewives," on which she starred from 2004 to 2012. She earned Golden Globe and Screen Actors Guild Award nominations during her time on the series, and from there moved on to the show "Telenovela" from 2015 until 2016. Aside from TV, she's also starred in plenty of films including 2018's "Overboard" and "Dog Days" and now will be starring in "Dora and the Lost City of Gold." Eva was married to actor Tyler Christopher from 2002 to 2004, and then to NBA player Tony Parker from 2007 to 2010. She wed Mexican media company tycoon Jose Antonio Baston in 2016. They welcomed their first child, son Santiago, in June 2018.

Michael Peña plays Dora's dad in "Dora and the Lost City of Gold."

Michael Peña's career kicked off back in 1994 with small TV roles but he really made a name for himself a decade later when "Crash" hit theaters. The Oscar-winning flick earned him massive attention and that same year, he also starred in another critical success, "Million Dollar Baby." Since then, he's transitioned from the small screen to the big screen, appearing on shows like "The Shield," "Gracepoint" and "Narcos: Mexico" while also landing roles in films like "World Trade Center," "Battle: Los Angeles," "American Hustle," "The Martian" and "Ant-Man" and its sequel, "Ant-Man and the Wasp." Off-screen, Michael is a practicing Scientologist who's been married to wife Brie Shaffer since 2006. They share one child, son Roman.

Actress Madeleine Madden has made a name for herself in her native Australia starring on various TV shows and miniseries over the years. "Dora and the Lost City of Gold" is the 22 year old's first big introduction to American audiences.

Nicholas Coombe is an Australian actor who's been working on and off since the mid-aughts, mainly popping up on TV shows like "Supernatural," "iZombie" and "The Magicians." He's been voicing Ace on "Spy Kids: Mission Critical" since 2019. Prior to starring on the big screen in "Dora and the Lost City of Gold," he had a role in the Bella Thorne and Patrick Schwarzenegger flick "Midnight Sun" in 2018. 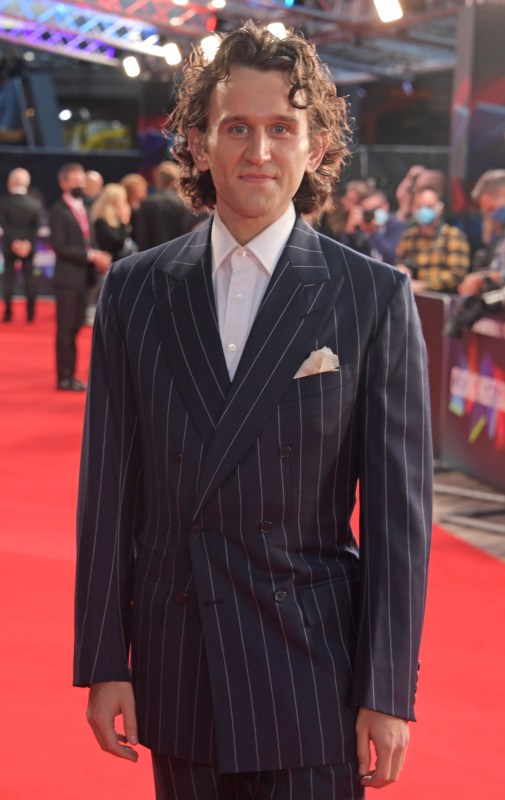