It's hard to believe, but Salma Hayek turns 52 on Sept. 2, 2018! In honor of the talented beauty's birthday, Wonderwall.com is taking a look back at some of her best movie roles and ranking them! From her iconic turn in "Desperado" to some of her forgotten gems like "Everly," keep reading to see if you agree with our take on her work…

Though it was panned by critics and barely recouped its budget, "Wild Wild West" was still a fun, campy ride. In the 1999 flick, Salma stars alongside Will Smith and Kevin Kline as Rita Escobar. Her character enlists the help of the military men to help rescue her father, a kidnapped scientist, and is integral to one of their missions. Unfortunately, the film's 17 percent fresh rating on Rotten Tomatoes puts this role on the tail end of our list. Salma even picked up a Razzie nomination for worst supporting actress for this flick!

Salma Hayek starred alongside Ryan Phillippe, Neve Campbell and Mike Myers in the 1998 drama "54" as an aspiring singer named Anita. The film, inspired by stories surrounding the legendary nightclub Studio 54, bombed at the box office and didn't earn much better reviews from critics. Despite the source material, Salma still sparkled on screen — plus it was fun to see her in those throwback disco getups!

Did you know Salma Hayek once starred opposite Russell Crowe? It's true! The movie stars shared the screen in 1997's "Breaking Up," a little-known flick that painted a realistic picture of relationships. Though it wasn't a popular film, Salma's performance as Monica is endearingly earnest as the couple go through breakups and makeups before making it to the altar.

"After the Sunset" might have been a disappointing thriller, but Salma Hayek certainly livened things up. In the film, which co-stars Pierce Brosnan and Woody Harrelson, Salma's character, Lola, served as an accomplice to a diamond theft who falls for Pierce's character, Max. Dying to check this one out? Maybe pick another one on the list, considering the 2004 film has a painful 18 percent fresh rating on Rotten Tomatoes.

Salma Hayek tried her hand at horror in 1998's "The Faculty," a film set in a high school that has been taken hostage by alien parasites. Some of the biggest young names of the time like Josh Hartnett and Jordana Brewster starred alongside Salma, who played the school nurse. It wasn't critics' favorite, but the film's wacky nature helped turn it into a cult hit with fans.

Another role as the school nurse! In 2012's "Here Comes the Boom," Salma Hayek starred opposite comedian Kevin James, who played a former college-wrestler-turned-biology teacher named Scott who happens to be in love with her character, Bella. Though the film was a huge flop, Salma still shined in her role as Bella supported Scott in his unorthodox dream of fighting professionally.

The 2006 film "Bandidas" allowed Salma Hayek to share the screen with her real-life bestie, Penelope Cruz! The Hispanic beauties played bank robbers in this Western, which was actually an action-comedy hybrid. Though it didn't fare well at the box office, it was still a fun flick to watch.

Salma Hayek as a villain? Though she's so lovable off screen, she pulled off the bad guy role very convincingly in 2012's "Savages." Salma played cartel boss Elena in the thriller, which also starred Blake Lively.

2017 saw Salma Hayek playing the titular role in "Beatriz at Dinner." The dramedy featured Salma portraying a massage therapist who gets trapped at a client's home. Salma is captivating as the misunderstood, sensitive outsider in the home of these strange, wealthy people. Though it wasn't a commercial hit, critics loved the film (and Salma's performance in particular). She earned an Independent Spirit Award nomination for best female lead.

Never heard of "Some Kind of Beautiful"? We're not surprised, considering the film was only released through video on demand, but don't count it out! It's your chance to see Salma Hayek and Jessica Alba play sisters (we can totally see it!) and re-team with Pierce Brosnan (the siblings get involved in a love triangle with his character). The sweet and simple romantic comedy is a fun watch that left us wanting to see more of Salma in this genre.

2014 gave us Salma Hayek as an action hero in "Everly." The actress played the titular role, a prostitute whose boss is trying to have her killed. The flick gives audiences a glimpse of Salma's impressive physical powers, since her character spends most of the time fighting off her would-be killers. Unfortunately, this underrated film didn't get the attention it deserved, as it was released on iTunes and only received a very limited theatrical release.

No. 9: Muse Serendipity in "Dogma"

Salma Hayek as a stripper? That role came In 1999 when she appeared in Kevin Smith's "Dogma," the strange Catholicism-themed flick that featured the Mexican beauty starring as the Muse Serendipity… who also happens to work in a strip club. The odd film netted surprisingly good reviews, except from the Catholic church, which called the film blasphemous.

The comedy "How to Be a Latin Lover" also came out in 2017. In this one, Salma starred as Sara, the estranged sister of Maximo, the titular Latin lover. The role was a departure from many of her previous rom-com characters since we saw her serving as the judgmental yet caring sibling to Eugenio Derbez's Maximo while also serving as mom to son Hugo, played by Raphael Alejandro. It was a refreshing role for Salma to take on, and despite not being a huge mainstream financial hit, the film did well with Hispanic audiences.

No. 7: Sonia in "The Hitman's Bodyguard"

Salma Hayek and Samuel L. Jackson as a couple? Sign us up! "The Hitman's Bodyguard" brought the pairing to life with Samuel's character, former hitman Darius, testifying against a dictator in exchange for help getting his wife, Sonia (played by Salma), out of prison. The roller-coaster ride of a film was a hit with audiences, so much so that a sequel is in the works — hopefully giving us even more Salma and Samuel romance!

No. 6: Santanico Pandemonium in "From Dusk Till Dawn"

Well, this was certainly her most fun character name! Quentin Tarantino's 1996 action flick "From Dusk Till Dawn" gave Salma what is largely considered one of her best roles — Santanico Pandemonium, the star dancer at a vampire strip club. Her character is responsible for one of the film's most memorable scenes, which involves dancing with a snake (before Britney Spears did it)!

We love Salma Hayek's comedic side! She starred alongside funnyman Adam Sandler in "Grown Ups," allowing her to show off her excellent comedic timing and acting chops as his character's wife, Roxanne. The film is her highest grossing flick to date. It spawned a sequel, "Grown Ups 2," which became her third-highest grossing film!

Salma Hayek's first foray into romantic comedies came in 1997 when America fell more in love with her in that year's "Fools Rush In." Salma starred alongside then-"Friends" star Matthew Perry in the sweet story of Isabel and Alex. Though it wasn't a wildly successful film, her portrayal of the photographer was memorable. It's one of our favorite Salma Hayek films ever!

No. 3: Carolina in "Once Upon a Time in Mexico"

"Once Upon a Time in Mexico," the follow-up to "Desperado," had Salma reprising her iconic role as Carolina. This final installment of the trilogy features Salma as the unfortunate lynchpin of the action as Antonio Banderas' character spends the film avenging Carolina's murder. Though we loved seeing her step into this role, there simply wasn't enough Salma for our liking in the movie, which is why it ranks behind her first film in the franchise…

No. 2: Carolina in "Desperado"

The movie that launched Salma Hayek's career? "Desperado," which also happens to be one of her most beloved films. In the Robert Rodriguez-helmed flick, she starred as Carolina, an innocent woman who falls in love with a mariachi (played by Antonio Banderas) looking to take revenge on a drug lord. The film was actually a sequel to "El Mariachi," but it wasn't until this installment that Salma graced the screen and audiences fell in love with the Mexican beauty.

Salma Hayek's No. 1 role? That has to be as the legendary artist Frida Kahlo in 2002's "Frida." The film was a passion project for Salma that had been years in the making, and her love for the story shined through in this biopic. She picked up an Oscar nomination for her work and the film picked up rave reviews for its passionate portrayal of the artist's life. 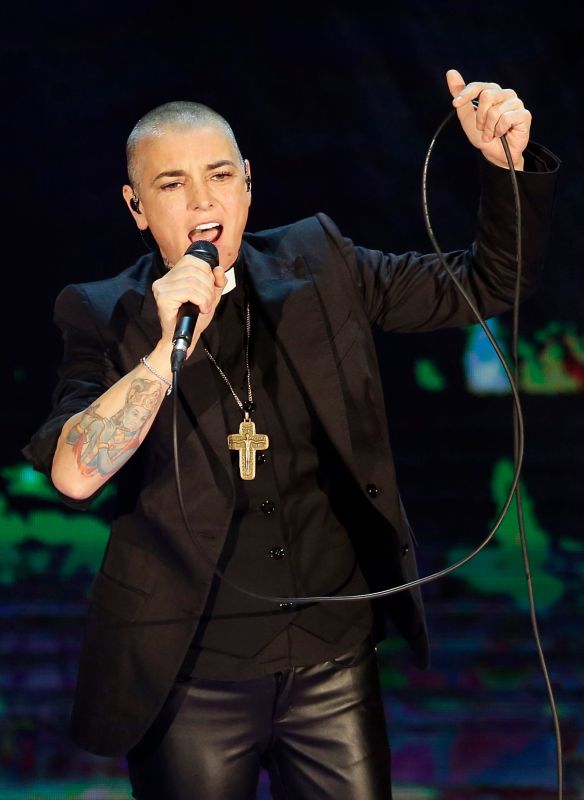 Up Next Big December birthdays