Jamie Chung brought Mulan to life on the hit ABC show "Once Upon a Time." The former "The Real World" cast member starred as Fa Mulan on and off from 2012 to 2016. On the show, her character is a fierce warrior who's secretly in love with Princess Aurora.

RELATED: Most romantic movies of 2020

Lily James dazzled as the titular princess in Disney's 2015 live-action "Cinderella" remake. Her performance was praised by critics and audiences, helping to make "Cinderella" one of the highest grossing films of the year. The fantasy flick went on to earn best costume design nominations at the Academy Awards, BAFTA Awards and Critics' Choice Awards.

Dania Ramirez made history in 2017 when she was cast as Cinderella on "Once Upon a Time" — becoming the first Latina actress to play the role on TV. She brought the princess to life on the ABC drama until the show's cancellation in 2018. On "OUAT," Cinderella is a butt-kicking single mom who fights to unite the realms.

The headstrong yet graceful Princess Jasmine was played by British actress Naomi Scott in the 2019 live-action remake of "Aladdin." Naomi's standout performance helped "Aladdin" earn more than $926 million at the box office.

Before Naomi Scott took on the role of Princess Jasmine on the big screen in 2019's "Aladdin," Indo-Canadian actress Karen David played the Agrabah princess on "Once Upon a Time" during season 6 in 2016. On the show, Jasmine must free the city of Agrabah from Jafar with the help of her love, Aladdin.

We'd be remiss if we didn't show some love for Broadway sensation Lea Salonga! The Filipina singer-actress lent her impressive vocals to not one but two Disney princesses — she's the singing voice of both Jasmine and Mulan in their animated Disney films. She sang beloved tracks like "A Whole New World" and "Reflection."

After leaving the "Harry Potter" film franchise, Emma Watson starred as Belle in the 2017 live-action "Beauty and the Beast" remake. She shined as the brave and smart princess, earning universal acclaim from critics and audiences. "Beauty and the Beast" went on to gross over $1.2 billion worldwide, becoming the highest grossing live-action musical film of all time. The movie was also nominated for two Oscars and four Critics' Choice Awards.

"Lost" alum Emilie de Ravin took on the role of Belle on ABC's "Once Upon a Time" — a part that she was "so excited to be able to bring… to the fans," she said. The Australian actress played the Disney princess for seven seasons, from 2012 to 2018. On the show, Belle is a hopeful bookworm who helps those in need. She eventually falls for villain-turned-antihero Rumplestiltskin.

Hawaii native Auli'i Cravalho brought the titular princess to life in 2016's "Moana." The adventurous royal was Auli'i's first ever role and she absolutely nailed it. The animated film's exceptional track "How Far I'll Go" — which was performed by Auli'i and written and produced by Lin-Manuel Miranda — was nominated for best original song at the 2017 Academy Awards and Golden Globe Awards. It won best song written for visual media at the Grammys that same year.

In July 2019, Disney announced that "Grown-ish" star Halle Bailey will take on the role of Ariel in an upcoming "Little Mermaid" live-action remake. The young star certainly has the pipes to play the princess: She's one half of the R&B duo Chloe X Halle.

Jodi Benson is the talented singer who voiced Princess Ariel — both her speaking and singing voices — in the 1989 Disney animated film "The Little Mermaid." The 1989 movie was an absolute hit that garnered three Academy Award nominations and won best original score and best original song for "Under the Sea."

We couldn't contain our excitement when we saw the one and only Ariel on the small screen! Joanna Garcia Swisher played the red-headed Disney princess on "Once Upon a Time" from 2013 to 2018. On the series, Ariel loses her voice to Queen Regina (not Ursula) and travels to Storybrooke to find her true love, Prince Eric.

OK — so technically, Elsa isn't a Disney princess (she's a queen), but we couldn't leave her off our list. Georgina Haig played the fierce ice queen on ABC's "Once Upon a Time" during the show's fourth season in 2014. In this version of Elsa's story, she must learn to accept her powers while fighting evil in Storybrooke.

Idina Menzel blew everyone away with her performance as Queen Elsa in 2013's "Frozen." The Broadway star, who reprised the role in 2019's "Frozen II," and her phenomenal vocals helped propel the film's earworm "Let It Go" to eight-times-platinum status. Similarly, "Into the Unknown" — the hit track from the sequel also sung by Idina and composed by Kristen Anderson-Lopez and Robert Lopez — garnered critical praise. It was also nominated for best original song at the 2020 Academy Awards, Golden Globe Awards and Critics' Choice Awards.

Kristen Bell originated the role of Princess Anna in 2013's "Frozen." The "Veronica Mars" actress showed off her amazing Broadway-honed singing abilities in the Disney film, which grossed an insane $1.2 billion at the box office! She reprised the role in 2019's "Frozen II."

Elizabeth Lail played Elsa's little sister, Princess Anna, on "Once Upon a Time." She brought the character to life during the show's fourth season in 2015. On the series, Anna must defeat Prince Hans and her aunt, Ingrid, while traveling from Arendelle to Storybrooke and back again.

Broadway star Anika Noni Rose voiced Princess Tiana in 2009's traditionally animated film "The Princess and the Frog." In the movie, Tiana is a hardworking waitress and aspiring chef who falls for Prince Naveen.

Mekia Cox played Princess Tiana on ABC's "Once Upon a Time" from 2017 to 2018. The St. Croix native was the first actress to ever play a live-action version of the Disney princess, who first graced our screens in 2009's animated "The Princess and the Frog." On the ABC show, Tiana is a resistance leader who helps unite the realms — all while falling for Prince Naveen.

Pop star-turned-actress Mandy Moore voiced Princess Rapunzel (and sang all her songs, including fan favorite "When Will My Life Begin?" and the Oscar-nominated "I See the Light") in "Tangled," Disney's 2010 hit big-screen animated musical.

Alexandra Metz played Rapunzel on season 3 of "Once Upon a Time." In the episode entitled "The Tower," Rapunzel, with the support of Prince Charming, must cut her long hair to save herself from the witch — a manifestation of her own deepest fears — who threatens to stifle her happiness.

Amy Manson played Merida, a princess we first saw in the animated 2012 Disney film "Brave," on ABC's "Once Upon a Time." The Scottish actress took on the character during the show's fifth season in 2015 and 2016. The "OUAT" version of Merida varies slightly from the film version of the character: This time around, Merida is trapped in Storybrooke after being swept away from DunBroch by a curse.

Irene Bedard voiced the legendary Pocahontas in the 1995 animated movie of the same name, which won two Academy Awards. The Alaska native was a newcomer to Hollywood when she landed the role of the Powhatan chief's daughter — the first woman of color protagonist in a Disney film.

Ginnifer Goodwin was the perfect Snow White on ABC's "Once Upon a Time." The actress accepted the role in 2011, a choice she called a "no brainer," and continued to play the Disney princess for six seasons until 2017. Ginnifer not only aced her performance — she also met the love of her life, Prince Charming aka actor Josh Dallas, while the two were filming. (They're now married with two kids).

Beloved pop icon Beyonce voiced Nala in the 2019 computer-animated remake of "The Lion King." The singer earned three 2020 Grammy nominations for music inspired by the film — best pop vocal album for "The Lion King: The Gift" and best pop solo performance and best song written for visual media for the track "Spirit."

Elle Fanning was only 14 when she played Princess Aurora, aka Sleeping Beauty, in 2014's "Maleficent." The Disney fantasy film was not only a commercial hit but Elle's mainstream big break. "Maleficent" went on to gross more than $758 million and earn an Academy Award nomination for best achievement in costume design. Elle reprised her role as Aurora in the 2019 sequel "Maleficent: Mistress of Evil."

Irish actress Sarah Bolger played Princess Aurora on "Once Upon a Time" on and off for three seasons, from 2012 to 2015. In this version, Aurora must recover her love, Prince Philip, from the underworld with help from Mulan, who secretly has feelings for her. Aurora and Philip eventually marry and welcome a baby.

While she might not be a traditional Disney princess, she's one in our books! Sarah Silverman voiced quirky race car driver Vanellope von Schweetz — who's revealed to be the princess of the "Sugar Rush" game — in the animated "Wreck-It Ralph" films. The first installment, which debuted in theaters in 2012, earned critical praise: It was nominated for a 2013 Academy Award for best animated feature.

"Daybreak" actress Krysta Rodriguez brought the character of Megara from the 1997 Disney animated film "Hercules" to life on Broadway. The production, which had an extremely limited run from Aug. 31 to Sept. 8, 2019, was enjoyed by audience members and critics alike. 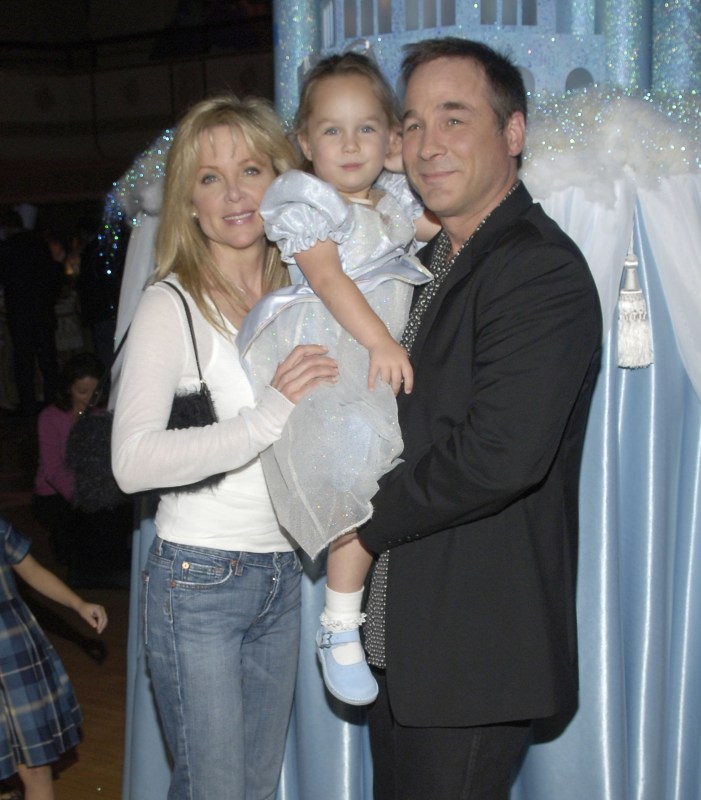