Can you believe it's been 15 years since "The Bachelorette" hit our television screens? Since then, we've been waiting patiently for season after season, watching the ladies have much more luck at love than the gentlemen over on "The Bachelor." In honor of the 15th anniversary of the first season debuting back on Jan. 8, 2003, Wonderwall.com found out what all the stars of the hit series are up to now. First up, Trista Rehn: The former Miami Heat cheerleader and physical therapist found love with fireman Ryan Sutter on that very first season of "The Bachelorette" in 2003.

Known as reality TV's first couple, Trista Sutter and Ryan Sutter are still going strong. They tied the knot in 2003 in a televised ceremony a few months after finding love on "The Bachelorette." The two went on to have two children, Blakesley and Maxwell, and even renewed their vows (on television, natch) in January 2013. The two also returned to their old world to attend the January 2016 wedding of another Bachelor Nation couple, Jade Roper and Tanner Tolbert, who met on "Bachelor in Paradise."

RELATED: "Sex and the City" cast: Where are they now?

After failing to find love on the third season of "The Bachelor" and being rejected by Bob Guiney, makeup artist and model Meredith Phillips became "The Bachelorette" for the show's second season in January 2004. She ended up picking Ian McKee, and the two got engaged.

Meredith Phillips and Ian McKee called it quits a year later, breaking up in February 2005. The former model went on to publish a cookbook in 2008, "The Date Night Cookbook: Romantic Recipes for the Busy Couple." She married her high school sweetheart, Michael Broady, in 2010, and opened up to People magazine in 2013 about her struggle with alcoholism. The beauty has refrained from stepping into the spotlight since then.

After her engagement to "The Bachelor" Season 3 star Andrew Firestone ended, Jen Schefft was asked to star on Season 3 of "The Bachelorette." But she rejected the proposal of final contestant Jerry Ferris on that show's first-ever live final rose ceremony.

After failing to find love on television, Jen Schefft retreated to a more private life. She married Joe Waterman in 2009 and went on to have two children, daughters Mae and Charlotte. She also wrote a book in 2007 called "Better Single Than Sorry." The former reality star now resides in Northeast Ohio.

After being rejected by "The Bachelor" star Brad Womack, DeAnna Pappas took her turn as "The Bachelorette" on the show's fourth season in 2008. The real estate agent gave her final rose to Jesse Csincsak.

DeAnna Pappas and Jesse Csincsak didn't last long after filming wrapped… about four months after the season finale aired, to be exact. But don't worry, DeAnna ended up finding love within the Bachelor Nation family! Michael Stagliano from Jillian Harris' season of "The Bachelorette" introduced DeAnna to his twin brother, Stephen Stagliano, and the rest is history! The happy couple married in October 2011 and went on to have two kids, daughter Addison and son Austin.

Jillian Harris took on the starring role on "The Bachelorette" in May 2009. The Canadian interior designer got engaged to technology consultant Ed Swiderski on the finale of her season.

Jillian Harris and Ed Swiderski went their separate ways a year later, breaking up in July 2010. Professionally, she has found success hosting the addictive HGTV show "Love It or List It Too." She's doing great in the romance department as well: She found love with pro snowboarder Justin Pasutto, with whom she welcomed a son, Leo, in 2016. They got engaged later the same year.

Ali Fedotowsky became the sixth star of "The Bachelorette" after she picked her job over love and left during Jake Pavelka's season of "The Bachelor." She found love on her own show with Roberto Martinez in 2010.

Ali Fedotowsky and Roberto Martinez called it quits a year later in November 2011. Ali, who served as a correspondent on E! News, announced her engagement to TV and radio host Kevin Manno in 2015. The couple welcomed their first child, daughter Molly, in July 2016. They married in 2017 and are expecting their second child together in May 2018.

Ashley Hebert was a dental student who was selected to be "The Bachelorette" after she was rejected by "The Bachelor" star Brad Womack. Her season started airing in May 2011, and she found love with J.P. Rosenbaum.

Ashley Hebert found a keeper in J.P. Rosenbaum! The two went on to have a beautiful televised wedding, followed by two cute kiddos! The dentist gave birth to son Fordham, better known as Ford, in September 2014, and daughter Essex, who they call "Essie," in November 2016.

Single mom Emily Maynard and Jef Holm called it quits a few months after their season aired. She later found love off-screen and married longtime friend Tyler Johnson in September 2014. They welcomed a son, Jennings, in July 2015. Emily then wrote a book titled "I Said Yes: My Story of Heartbreak, Redemption, and True Love," which came out in March 2016 — the same month she announced that she was pregnant with her third child, son Gibson, who was born that September. But that wasn't it for Emily and Tyler! They added one more child to their brood, son Gatlin, in November 2017.

Desiree Hartsock starred on the ninth edition of "The Bachelorette" after she was rejected on Sean Lowe's season of "The Bachelor." The bridal stylist handed out her final rose to Chris Siegfried on her season, which started airing in May 2013.

Desiree Hartsock and Chris Siegfried's love survived the world of reality stardom. The two released a book of poetry together, "Diamonds and Hearts — A Poetic Memoir," in 2013, and made it to the altar in January 2015 — nearly two years after their engagement was revealed. The happy couple welcomed son Asher to their family in October 2016.

Andi Dorfman took on the title of "The Bachelorette" in May 2014, temporarily leaving her job as an assistant district attorney in Atlanta. The fan favorite was coming off a dramatic exit from Juan Pablo Galavis' season of "The Bachelor" and gave her own final rose to Josh Murray.

Andi Dorfman resigned from her job as an ADA in Atlanta, split with fiance Josh Murray in January 2015, and moved to New York City. In May 2016, she released the book "It's Not Okay," its title a clear jab at "The Bachelor" star Juan Pablo Galavis, who made the line "It's okay" one of his trademarks during his season of the hit ABC show. The onetime attorney is still single and looking for love.

Kaitlyn Bristowe took her turn as "The Bachelorette" after a controversial start: She and another fan favorite, Britt Nilsson — both of whom were rejected on Chris Soules' season of "The Bachelor" — went head-to-head to see who would emerge the victor. When the contestants voted to vie for Kaitlyn's affections, she became the star of the 11th season. Kaitlyn ultimately chose Shawn Booth.

Kaitlyn Bristowe and Shawn Booth faced some drama during their season when Kaitlyn accidentally Snapchatted a photo of Shawn in bed while her episodes were still airing. Despite the unintentional spoiling of her season, the two are still happily engaged.

JoJo Fletcher and Jordan Rodgers are still together today! The happy couple share most of their day-to-day lives together on social media.

We loved attorney Rachel Lindsay, the star of Season 12 of "The Bachelorette" — a season that felt refreshingly real (that Peter breakup, anyone?). The world watched her eventually find love with chiropractor Bryan Abasolo.

The streak of success is alive! Rachel Lindsay and Bryan Abasolo are still going strong following their engagement episode, which aired in August 2017. 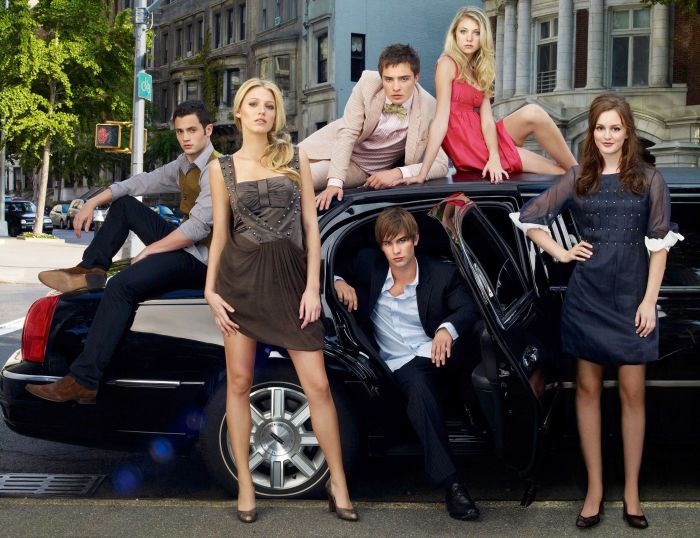