Kim Kardashian West and Kanye West are adding to their family again. On Jan. 2, Us Weekly reported that the couple will soon welcome their fourth child — and their second via surrogate. It's a boy due in May, Us confirmed. (The couple used a surrogate for their third child, Chicago, who turns 1 this month.) Multiple media outlets confirmed the Us report. There have been rumors for several months indicating that the couple wanted another child and had one embryo left. In her previous pregnancies, Kim has had a condition called placenta accreta, which makes carrying another baby dangerous. Party of six, coming up!

Olivia Newton-John is on her deathbed, if you believe one recent media report. However, that's news to the actress. Over the holidays, Radar Online claimed that the "Grease" star was "clinging to life" and that her "bodily functions [appeared] to be shutting down." The report said she had "weeks" to live. On Jan. 3, Olivia shared a video on Facebook. "Happy New Year, everyone. This is Olivia Newton-John. The rumors of my death have been greatly exaggerated, to quote a very famous [Mark Twain] quote," the 70-year-old star said. "I'm doing great. I want to wish all of you the happiest, healthiest 2019 possible. Thank you all for your wonderful love and support for me and my Olivia Newton-John Wellness Center in Melbourne, Australia. Thank you so much and happy New Year." In 2017, Olivia was diagnosed with metastatic breast cancer that had spread to her back. She had battled cancer twice before.

Toni Braxton and rapper Birdman have ended their engagement, according to reports that came out this week. While the couple hasn't officially confirmed the news, they aren't backing away from it either. In fact, they're fanning the flames. On Jan. 1, Toni posted an Instagram image of herself in a red dress, the caption implying that she's newly single. "Starting a new chapter isn't always an easy choice…," she wrote, "but ALWAYS choose to be chosen. Cheers to a new year." She also deleted all her Instagram images, many of which included the rapper. Birdman later wrote on his Instagram Story, "It's over…"

"Black Swan" star Vincent Cassel and his new wife, model Tina Kunakey, are expecting a child, he announced on Instagram on Jan. 1. Vincent, 52, smiled widely while cradling his 21-year-old wife's tummy. "Happy new year," he captioned the social media video. Tina also shared a video confirming the news using the hashtag, "And If You Don't Know Now You Know." The French couple married in August 2018 after two years together. Vincent also has two kids with ex-wife Monica Bellucci.

Stop us if you've heard this one before: There's drama between Ronnie Ortiz-Magro and girlfriend Jen Harley. According to reports, the off-and-on couple split again this week… and once again, it's not pretty. TMZ reported that the duo broke up on New Year's Eve (in fact, on New Year's Eve alone, they split, got back together and split again). TMZ reports that the latest split — and there have been a lot of them — came after a verbal and physical fight. Ronnie has since scrubbed all traces of Jen from his social media. However, that's only some of the drama. TMZ also reported that there was an alleged burglary at Jen's home, which was ransacked, hours after the breakup, and Jen is pointing the finger at Ronnie. TMZ said a flat-screen TV was smashed, as were a vase and glass frames. The burglar gained entry by kicking in one of the doors of the home. Although authorities didn't name Ronnie as a suspect, Las Vegas Police said he is a "person of interest." The couple share an 8-month-old daughter, Ariana. Then, as if that weren't enough, on Jan. 3, Ron filed a police report against Jen for battery for allegedly throwing an ashtray at his head.

Something to "Talk" about

Things are looking different! On Jan. 2, Carrie Ann Inaba was formally announced as the newest co-host of "The Talk." The "Dancing With the Stars" judge is replacing former host Julie Chen, who left the show in September following husband Les Moonves' exit from CBS amid a sexual misconduct scandal (he's denied multiple women's claims of bad behavior). "I'm so excited," Carrie Ann said after the news was made public. "I've been backstage saying to myself, 'Oh my God, is this real?' I feel so fortunate to be able to sit at the table, to be sitting with such beautiful, intelligent… dynamic women… and I look forward to having more deep conversations."

Tiffany Haddish bombed during a comedy gig on New Year's Eve in Miami. Bombed badly. The crowd knew it, and she knew it. Her act was so bad that people started leaving the show (her jokes weren't hitting; she forgot what she was talking about; she was drinking onstage). "Yes this happened. I wish it was better Miami. I prayed on it and I have a strong feeling this will never happened again," she tweeted afterward. In the wake of the disaster, many of comedy's biggest names reached out to Tiffany to show support. On Jan. 2, she told TMZ that she went "a little bit overboard" with her partying the evening before the show. "I learned that Miami is a really dope city and you probably shouldn't turn up before work, lesson learned," she said. "It was a great experience. I learned from it. I'm gonna try my best for it not to happen again, but it might."

Surprise! Ricky Martin is a father again. On New Year's Eve, the singer shocked his Instagram followers when he revealed that he and husband Jwan Yosef had quietly welcomed a daughter. "We are excited to announce that we have become parents of a beautiful and healthy girl whom we have named Lucia Martin-Yosef," the father of three wrote in Spanish on Dec. 31. "This has undoubtedly been a unique birthday and celebration of Christmas in our lives. Both her brothers and Jwan and I are completely in love with our baby and grateful to be able to start this 2019 with the best gift we could receive, the gift of life." In 2008, Ricky welcomed twins Matteo and Valentino with the help of a surrogate.

Just weeks after Bethenny Frankel nearly died from a fish allergy, she faced a potentially dangerous situation again on Jan. 3 when the flight she was on happened to be serving fish. The plane actually turned around due to the reality TV star's deadly allergy. Bethenny tweeted about the situation afterward, saying she called ahead to make sure fish wasn't served. "Called airline mult x to say I have fish allergy. Got on & they're serving bass. They couldn't not serve it they said," she wrote. "Then they were turning around which I protested bc it would delay people. Cabin asked to not serve it & pilot made announcement to plane. That was fun. #epilife." In late December, Bethenny was taken to the emergency room and intensive care unit after eating fish soup.

Rebel Wilson didn't exactly end 2018 in style. On Dec. 30, the actress had to be rescued from the top of a mountain during a ski vacation in Aspen, Colorado. Rebel first joked to her Instagram followers that she went up too high on the slope. Turns out, it was no joke. Quickly, she shared an image of herself getting strapped to a yellow stretcher during a rescue. "Hey guys, just wanted to let you know, I did get back to the hotel safely and I wanted to thank everybody in Aspen for their help on the slopes because you guys are amazing, you do this all day, every day, whereas me, it was only my second day of skiing," she said on her Instagram Story. "I lost feeling in my left foot. I think it was the ski boot. I think it was too tight." She maintained her sense of humor, though, calling her rescue "horizontal skiing." 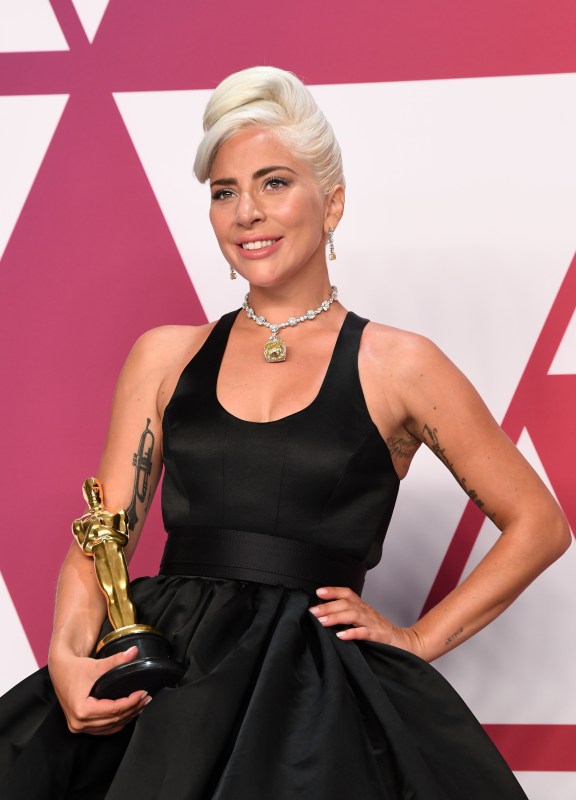 Up Next Prayer For Peace