John Travolta has done his best to keep his family life more private since tragically losing his 57-year-old wife, actress Kelly Preston, to breast cancer last year. But the "Pulp Fiction" actor couldn't resist sharing the love he got from daughter Ella Bleu, 21, and son Benjamin, 10, on his first Father's Day since Kelly's death. "Happy Father's Day everyone! It is a privilege to be the father of these two beautiful children," John captioned a family selfie on Instagram. "Thank you for the honor and my love and respect to all fathers." All grown up Ella likewise took to social media to show her appreciation, penning a touching tribute: "Daddy, you make parenting look so easy, though it not always is. You make everyday better than the one before it. You bring joy to us when we are down. You are our best friend and we love you to the moon and back around. I hope to be even half as good of a parent as you someday. Happy Father's Day to this incredible man and to all of the amazing Dads out there." In 2009, John and Kelly lost their eldest child, son Jett, to a seizure when he was just 16 years old.

Two can play at that game! Jennifer Lopez rekindled her romance with former flame Ben Affleck soon after breaking off her engagement with Alex Rodriguez over cheating rumors earlier this year. But the retired MLB star threw us a major curveball over the weekend when he was spotted hanging out with Ben's ex, Lindsay Shookus, in the Hamptons. Alex attended a small backyard party thrown for the "Saturday Night Live" producer's 41st birthday on June 18. He was even seated directly next to her throughout the intimate dinner, according to footage posted on Instagram by the night's "Foodie Magician" entertainer, Josh Beckerman. And while Alex and Lindsay's time together may seem suspect given that both of their exes are dating again, they've allegedly been just-pals for a long time. "There is absolutely zero there," Alex's rep told Page Six on Monday, June 21. "They've been friends for 15 years." Still, this isn't the first suspicious move Alex has made as of late to make us wonder if he's trying to get Jennifer's attention. He reportedly just rented a $5 million summer-mansion in Bridgehampton, which happens to be a mere 1.2 miles away from the J. Lo's estate in Water Mill where they vacationed together just last year.

Gwyneth Paltrow and ex-husband Chris Martin's ever-evolving relationship has taken many an unconventional turn, including their mutual decision to "consciously uncouple" back in 2014. They've remained good friends while co-parenting their now-teenage kids, 17-year-old Apple and 15-year-old Moses, but the Goop founder has a new — quite surprising — label for their current sibling-like relationship status. "He's like my brother," she told 'Shop TODAY with Jill Martin' on Sunday, June 20. "You know, he's my family. I love him." Their 10-year marriage didn't end up working out, but Gwyneth has no hard feelings, adding, "And I'm so grateful to him for giving me these kids. It worked out well…You know, it really did, I have to say." She's now remarried to TV producer Brad Falchuk, while her Coldpay-frontman ex is dating "Fifty Shades of Grey" actress Dakota Fanning. The amicable exes-turned-bros have even vacationed together with their new significant others.

RELATED: Megan Fox and Machine Gun Kelly hang with his daughter, plus more celebs and their kids in 2021

Chrissy Teigen isn't acting much like herself these days while dealing with the aftermath of recent online bullying accusations. The normally witty and outspoken swimsuit model kept it very short on social media for Father's Day, sharing a photo she was noticeably missing from, of husband John Legend with their daughter Luna, 5, and son Miles, 3. "There are no words. Only tears that I am fresh out of," the seemingly emotionally-drained star wrote on Instagram on Sunday, June 20. "To our everything, we love you forever." Chrissy took herself totally offline in May after being called out for resurfaced allegedly offensive tweets from the likes of reality star Courtney Stodden, Farrah Abraham and most recently, celebrity designer Michael Costello. The "Project Runway" winner claimed that she bullied him to the point of developing serious depression. And despite making a public apology months ago, her Cravings by Chrissy Teigen cookware line was reportedly pulled from multiple retailers.

"Friends" fans may have been slightly disappointed that James Michael Tyler opted to make his surprise appearance on the HBO Max reunion special via Zoom rather than in-person. But what they didn't know is that the 59-year-old actor was too sick with worsening prostate cancer to attend the recent taping. "I wanted to be a part of that," he clarified on Monday's 'TODAY,' "and initially I was going to be on the stage, at least, with them, and be able to take part in all the festivities. It was bittersweet, honestly…" James, who played quirky Central Perk coffee shop manager Gunther, revealed that he's been quietly dealing with his now-advanced stage-4 diagnosis for nearly three years and made the decision not to join physically, "…basically, because I didn't want to bring a downer on it, you know?" After missing an important test last year, the cancer spread to his bones and spine during the pandemic, leaving the sitcom star with paralyzed lower limbs and a poor prognosis despite currently undergoing chemotherapy. James ultimately decided to go public with his illness after the reunion aired to spread awareness about early detection. "My goal now is to help save at least one life by coming out with this news," he told anchor Craig Melvin on June 20. James confirmed that many of his "Friends" co-stars, and some of the iconic show's producers, knew about his diagnosis prior to the taping and have all been very supportive.

While DMX's family continues to duke it out in court over the late rapper's estate, one thing they won't have to worry about is the cost of his recent funeral thanks to Def Jam Recordings. According to TMZ, the label footed the entire bill from Brooks Memorial Home Inc., who handled the elaborate procession in New York City following the 50-year-old's untimely passing from an overdose on April 9. Def Jam shelled out precisely $35,228.13 to cover everything from the embalming process to the hearse and flowers. Also included on the tab was a custom red casket, which was itemized at $7,450. Having left no legal will and 14 children behind, DMX's fiancee Desiree Lindstrom filed a legal motion to be declared his "common law wife," but was denied by a judge last week. 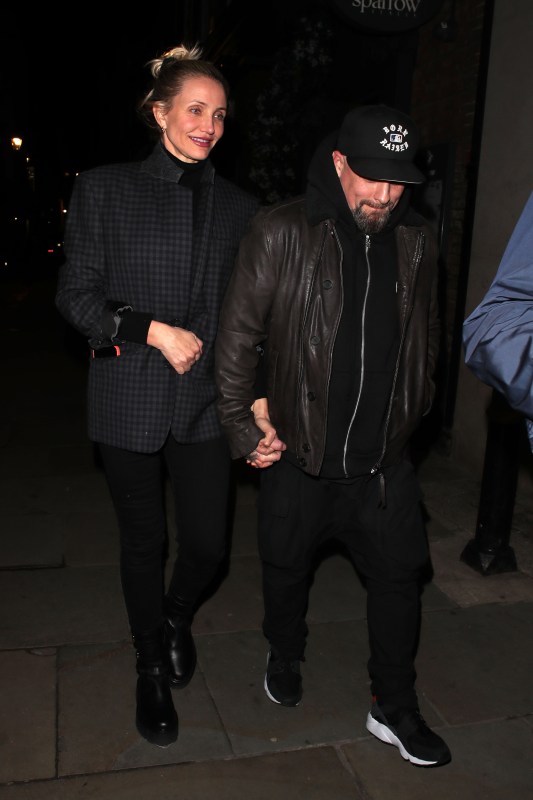