Ariana Grande gets an homage to 'Spirited Away' heroine

Ariana Grande's starting to catch up to her fiancé, Pete Davidson, in the tattoo sleeve department. The singer recently got an homage to the "Spirited Away" anime character, Chihiro, on her forearm, courtesy of tattoo artist Mira Mariah. As ET helpfully reminds us, Chihiro fights to help her parents after they get turned into giant pigs. Or, as Ariana put it in an Instagram Story post: "Chihiro's growth into a capable individual is a core factor to the movement of Spirited Away's plot. During her adventure in the Spirit World, she matures from an easily-scared girl with a child-like personality to match her age to a hard-working, responsible, and brave young girl who has learned to put her fears aside for those she cares for. To protect her friends and rescue her parents from a spell that has turned them into livestock, Chihiro sheds her former personality and adapts to her environment to become a courageous, quick-witted and reliable girl." Between her recovery from the Manchester bombing to the themes of grown-up love on her new album "Sweetener," to her engagement, Ariana's definitely at a place in her life where she's thinking about her own personal development. She also seems to have been thinking about the tattoo for a minute, possibly in connection with Pete — or maybe just in connection with, well, giant pigs. As she tweeted last week, "Pete and I just ate like the parents from Spirited Away."

Kylie Jenner's bouncing back from giving birth to her daughter, Stormi Webster, in the beginning of the year. In a Youtube video she posted in July, Kylie said it had been a physical, mental and emotional challenge to see her body change the way it did during pregnancy at such a young age. She also committed to getting back in shape. "I feel like I have like, fake abs right now. It's just like, genetics, but I want like, real abs," she said at the time. "I know I can have like a super fit body and just for my health, like, I want to do this and I want to feel good." This week, she shared a clip showing her tummy on social media, along with a proud, "abs making a comeback!!!!" caption on the post. "Kylie has never been a fan of working out in the past, but has recently started a new routine and has been trying to be very consistent," a source recently to E! News. The insider added that Kylie has been working out with her sisters, Khloe Kardashian and Kim Kardashian West, in the mornings while a nanny or other helper keeps an eye on the new three new "triplets" in the fam, Stormi, plus Khloe's daughter, True, and Kim's daughter, Chicago.

Michael B. Jordan surprised students outside a Montgomery, Ala., school

Need a dose of joy in your news feed today? Michael B. Jordan's got your back. While heading to work on the film "Just Mercy," in Montgomery, Ala., this week, the "Black Panther" star passed Valiant Cross Academy, a school whose mission statement says it "transcends the challenges facing young African American males in Montgomery, Alabama, by developing men of character through rigorous academics and leadership training." When Michael drove by, the "rigorous training" at hand involved a group of kids doing jumping jacks in the parking lot. Michael was impressed — working out on an Alabama pavement on a sunny day in August is not for the feint of heart — so he pulled over and jumped out. In a video posted on his Instagram, you can see the kids promptly go nuts. "You're from 'Black Panther!'" one student hollers as the kids cluster around the actor, who immediately begins hugging, shaking hands and high-fiving every one of them. "It's Killmonger! Are you Michael B. Jordan?! Oh! My god!" the excited students continue to exclaim. Michael then asks if they can take a picture together. As they gather around him, he offers some advice: "Listen to your teachers … work hard … you gotta pay attention in school. It'll go by real quick, you know what I'm saying?" The Valiant students, almost in unison, reply: "Yes sir." In "Just Mercy," which also stars Jamie Foxx, Brie Larson and O'Shea Jackson, Jr., Michael plays civil rights attorney Bryan Stevenson, the founder of Montgomery's Equal Justice Initiative, a nonprofit organization dedicated to fighting poverty and racial injustice and advocating for equal treatment for all within the criminal justice system.

Detroit has spent much of the past week saying "goodbye" to the Queen of Soul, Aretha Franklin, who died Aug. 16 at her home in the Motor City. On Friday, Aug. 31, a final and increasingly star-packed service is scheduled to be held at 10 a.m. at Detroit's Greater Grace Temple. As of Wednesday, Ariana Grande had been added to a list of performers that already included Stevie Wonder, Faith Hill, Chaka Khan, Fantasia, Jennifer Hudson and Jennifer Holliday, according to E! News. Aretha's family reportedly caught Ariana's emotional tribute to the late icon on "The Tonight Show Starring Jimmy Fallon," and were inspired to add her to the program. Others expected to participate in the celebration of life include the lead singer of the Isley Brothers, Ronald Isley, gospel stars Yolanda Adams, Pastor Shirley Caesar, Marvin Sapp and Vanessa Bell Armstrong, as well as the Aretha Franklin Choir. Aretha's son, Edward Franklin, who has performed with his mother multiple times, will also be featured.

Lest the world forget the man behind Yeezy kicks is an international footwear scholar, Kanye West just tweeted an explanation for that socks-and-ill-fitting-sandals combo he recently wore to 2 Chainz's wedding in Miami earlier this month. Sharing images of a traditional Japanese shoe called a geta (according to E! News), Kanye wrote, "the Japanese way" in the post. One of the images, an illustration, includes the following instructions: "The straps should be snug but not too tight between the two toes … Your heal [should] extend 1 [to] 2 [centimeters] off the back of the wooden sole." So. Um. Take that, shoe questioners … ?

Fandom gone wrong? This week, a woman accused of hacking into Selena Gomez and her assistant's email accounts to steal private photos and other items she later posted online, pleaded not guilty to multiple felonies in Los Angeles. According to The Blast, Susan Atrach may have been digging around in the accounts illegally in order to boost the content on a Selena Gomez fan Twitter page she managed called @Susan636x. The Twitter account, which still has about 32,000 followers despite having been been wiped clean and set to private , was reportedly interacting with Selena's fans, as well as fans of the singer's exes, Justin Bieber and The Weekend. The Los Angeles County District Attorney tells The Blast Atrach faces charges including "five felony counts of identity theft, five felony counts of accessing and using computer data to commit fraud or to control or obtain money, property or data and one felony count of accessing and using computer data or taking supporting documentation without permission." Atrach, 22, could face nearly 10 years behind bars if convicted.

"Mommy time heals all wounds." That's how Bethenny Frankel summed up a sweet post featuring her and her 8-year-old daughter, Bryn, on Instagram Stories on Tuesday, Aug, 28, two weeks after the death of her on-off boyfriend and longtime confidante, Dennis Shields. In the clip (via Us Weekly), Bethenny shows off some temporary tattoos Bryn had affixed to the family's dogs, Biggy and Smallz as Bryn asks her mom to "Say look what my daughter did!" before Bethenny tells Bryn she can go ahead and take credit for the pups' new look herself, which she does. In addition to dealing with Dennis' death, Bethenny is still fighting with her ex, Jason Hoppy, over Bryn's custody. Earlier this month, a judge gave Bethenny a green light on her request for a new trial in which she will attempt to gain primary custody of the 8-year-old.

Was there a blowup between Nicki Minaj and her longtime hair stylist?

In the wake of her tour postponement and repeated jabs at Travis Scott related to his album beating hers on the Billboard charts, Nicki Minaj has reportedly split from her longtime hair stylist, Kim Kimble. That's according to Page Six, which noticed that the two had unfollowed her on social media. In a recent, hair-centric clip on Nicki's Instagram, she thanks Dionte Gray, known as Tae, for what appears to be a new, multi-colored look. Expressing her gratitude to Tae for "for making my #BarbieDreams come true," Nicki asks her fans to "Welcome him to the Kingdom y'all." Reps for neither Nicki nor Kim Kimble have commented.

A year ago, Tyga told listeners on "The Breakfast Club" that he wouldn't sue Cash Money Records for the $12 million he said the label owes him until after Lil Wayne worked out his cash grievances with label head, Birdman. This spring, Weezy got a $10 million settlement from Cash Money and now, Tyga's following up with his plan. The Blast reports the rapper has sued the label for breach of contract, claiming Birdman's Cash Money Records and Lil Wayne's Young Money Entertainment stopped paying royalties on his albums "Careless World" and "Hotel California" when he left the label group in 2016. Tyga has said in the past he had to pony up $1 million to get out of his contract. He's suing for the money he says he's owed, which he claims is at least $1 million, plus legal fees.

Why Serena Williams' daughter won't have a first birthday party

As she prepares to face off against Germany's Carina Witthoft at the U.S. Open on Wednesday, Aug. 29, Serena Williams won't have birthday party plans for her soon-to-be 1-year-old daughter, Olympia, in the back of her mind. "Olympia doesn't celebrate birthdays. We're Jehovah's Witnesses, so we don't do that," Serena explained while speaking to press ahead of the tournament (via Page Six). The tennis star was raised as a Jehovah's Witness, but as she recently told Vogue, "I've never really practiced it and have been wanting to get into [it]." Serena added that her husband, Alexis Ohanian, "didn't grow up going to any church, but he's really receptive and even takes the lead," adding, "he puts my needs first." Olympia was born Sept. 1, 2017. According to the Jehovah's Witness website, adherents of the religion believe that birthday celebrations "displease God" because "key features" about them are in line with things the Bible suggests God would not approve of. 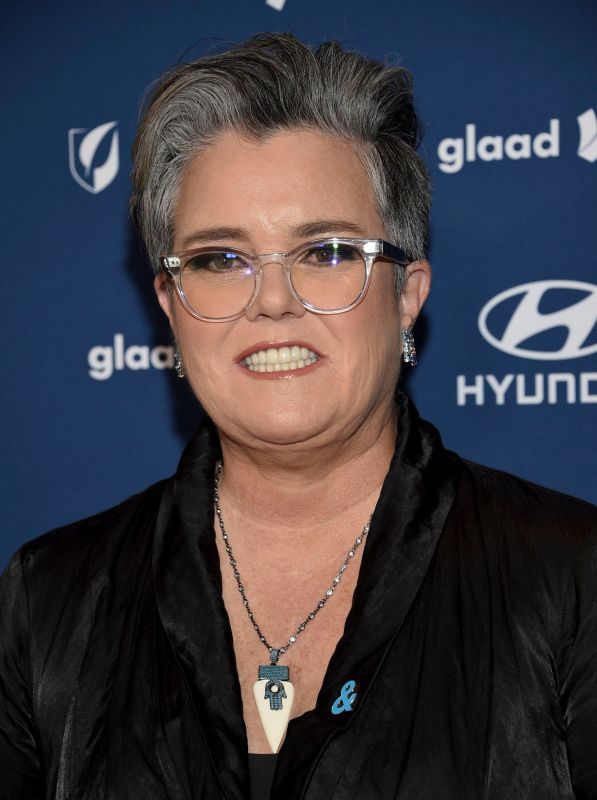