The romance between Jennifer Lopez and Alex Rodriguez has looked like perfection from the outset, with A-Rod gushing about how "incredible" his lady is and J.Lo praising Alex for being "so supportive." This week, however, two rumors surfaced with allegations that seemed to destined to change things. So what's really up with these two? According to the National Enquirer, Alex is being badmouthed by a woman named Lauren Hunter who claims she's had a steamy affair with him for the past five years, said he's cheated on Jen and made various claims about his sexual preferences. Shortly after Lauren spoke to the tab, TMZ reported a mysterious "ex" was trying to shake down the former Yankees star for $600,000. E! News reports the ex has threatened to reveal incriminating text messages from Alex if he doesn't pay up. None of the rumors seem to be putting a dent in their relationship, though. "Jennifer knows what's going on. Alex has been very honest," a J.Lo insider tells People. "She doesn't believe he has gone behind her back since they started dating. They both have a past. Jennifer is focused on now and her future with Alex. She isn't going to let someone from Alex's past ruin what she has with him. They are one big, happy family and that will continue. Jennifer has never felt more loved and taken care of than with Alex. He is her biggest fan. He supports and encourages her every day. She has nothing but amazing things to say about him." After the couple flew to Las Vegas together last week ahead of Jen's shows there, they both shared a photo of themselves swimming with their kids with happy, "Sunday funday" captions. For now, at least, it looks like they're not letting the rumors get to them.

RELATED: Khloe Kardashian is 'really excited' about her future with Tristan Thompson, plus more news

George Clooney 'hasn't left [Amal's] side since she gave birth

New parents George and Amal Clooney are settling into parenthood with their twins, Alexander and Ella — and they have some help. E! News reports Amal's mother, Baria Alamuddin, was in London with her daughter and present when she gave birth and is still there helping out and shopping for goodies like baby onesies at the local family store E-Side. "It was a beautiful delivery. Everything went well. The babies are beautiful and doing well," Baria told ATP after the babies' arrival. "Everyone is healthy and very happy," an insider tells E!, noting that the couple have received "gifts from friends around the world" in recent days. As for the new dad? "George is on cloud nine," says the source, "and hasn't left Amal's side."

Are Miranda Kerr and Evan Spiegel trying to have a baby?

You know the drill: First comes love, then comes marriage, then comes … a baby for Miranda Kerr and Evan Spiegel? The blissed out newlyweds hope so, anyway. An insider tells Life&Style Miranda "would love nothing more than to be pregnant before the end of summer," adding that the couple have already started trying to conceive. In the meantime, the son Miranda shares with Orlando Bloom seems to be lending some inspiration t Evan towards fatherhood. "Flynn absolutely adores Evan," says the source. "Evan is fantastic with him. He enjoys spoiling him with expensive toys and play dates in the park. Being a father comes naturally to him, and he can't wait to have kids of his own with his new wife. … Everyone around Miranda and Evan, jokes that they'll make the perfect baby: good-looking and super smart!"

Dennis Quaid, 63, packs on the PDA with his 31-year-old girlfriend

Love is still in the air for Dennis Quaid, 63, and his 31-year-old girlfriend Santa Auzina. The age mismatched couple stepped out for dinner in Santa Monica on Wednesday, June 7, and did little to hide their affection for one another as they smiled for cameras with their arms around one another. The pair's relationship first surfaced last summer when Santa began posting photos of her with Dennis, complete with love-centric captions. Dennis has had an on-off divorce with Kimberly Buffington, his wife since 2004, for the past few years; their latest divorce filing landed last year.

When it comes to her dogs and Australia's rules about quarantine, Amber Heard is following all the rules two years after she and Johnny Depp failed to follow the correct procedure for bringing their four-legged friends, Pistol and Boo, into the country. "Missing my baby," the actress captioned a cute pic of her with one of the pooches on Wednesday, June 7 on Instagram. The actress has been Down Under since April shooting "Aquaman" on the Gold Coast, where she's been spotted enjoying evenings out with her rumored boyfriend, Elon Musk. Back in 2015, Amber was visiting her then-husband Johnny while he shot "Pirates in the Caribbean" in Australia when she was charged with two counts of illegally importing her dogs and one count of producing a false document.

Close friends and family are still concerned about Scott Disick in the wake of his European party vacation that reportedly included trips to Cannes, Monaco, Ibiza and London, a string of hook-ups and lots of booze. "Everyone around him is worried he's on a slippery slope," a friend tells Us Weekly of the rehabbed reality star."They aren't angry, just concerned, because he's clearly going through something." That "something" involved multiple all-nighters at clubs and PDA with Chloe Bartoli, Bella Thorne, blogger Maggie Petrova, model Ella Ross and others, according to Us. Scott, who has some of have said is jealous of his ex Kourtney Kardashian's relationship with Younes Bendjima, has since returned to Los Angeles to be with his kids. "Scott doesn't regret taking the trip to Europe," says the insider.

How do you fight sexism in Hollywood? If you're Reese Witherspoon, you fight it with action. In the new issue of The Hollywood Reporter, Reese joins Oprah Winfrey, Jessica Lange, Nicole Kidman, Elisabeth Moss and Chrissy Metz in a roundtable discussion about the current state of affairs with regard to discrimination against women, onscreen and off. For her part, Reese explains what sparked her decision to start a production company that would focus on creating better roles for her gender, "I started a production company five years ago because I was looking at maybe the worst script I've ever read in my entire life and it had two parts for women," Reese recalls. "I called my agents and said, 'This is such a terrible script.' They said, 'Well, seven women want it so … you're the only one who's not vying for the part.' I thought, 'God, if this is what we've come to, I have to get busy.' Because you can either complain about a problem or you can be part of the solution."

Sometimes they really are just like us. Celebs hopped on twitter en masse on Thursday, June 8, sharing reactions to James Comey's testimony about Donald Trump and the FBI's Russia investigation. Chris Evans was among the famous tweeters who weighed in on the session, urging the president to tweet about what was being said. "I've never wanted Trump to tweet so badly in my entire life. Pick your phone up! Do it!! DO IT!!!!" Chris tweeted (via EW). Lorde mused, "only in 2017 would one be launching a tour and watching comey testify at the same time," while Zach Braff quipped, "If Comey screams 'You can't handle the truth!' we all win." Indeed.

Wildlife advocate Leonardo DiCaprio is working to save another species. The actor recently signed an agreement with the president of Mexico and multibillionaire Carlos Slim to protect the vaquita porpoise from becoming extinct. Fewer than 30 of the porpoises remain because gillnet fishing used to catch totoaba, a delicacy that earns fisherman top dollar in China, has caught so many of the porpoises as well. The agreement aims to ban the use of gillnets, according to the New York Post. Both Leo's foundation and the Carlos Slim Foundation have promised to aid in the development of fishing options that do not involve gillnets in the region near California where the porpoises thrived prior to the unauthorized fishing. "This action is a critical step towards ensuring that the Gulf of California continues to be both vibrant and productive, especially for species like the critically endangered vaquita," Leo said. The World Wildlife Fund, Sea Shepherd and the Marisla Foundation are also supporting efforts to save the porpoises.

Emily Maynard and Tyler Johnson celebrated their third wedding anniversary this week, a milestone Emily marked with a sweet post on social media paying tribute to why she loves her husband. "Happy anniversary to the person who has changed my life in all the best ways," the former "Bachelorette" star wrote, sharing a video of photos of the two together. "Nothing makes me happier than knowing you are a part of God's plan for my life and I couldn't love you more @mtylerjohnson{this video took me 18 hours to make so I hope you don't expect a present too. Also, I'm pregnant in 99.9% of these pics. Thanks for the cute babies!} song: Marry Me by @zkale our first dance song." The happy couple got engaged in 2013 when Tyler presented Emily with diamond rings, including one for her daughter Ricki, according to Us Weekly. 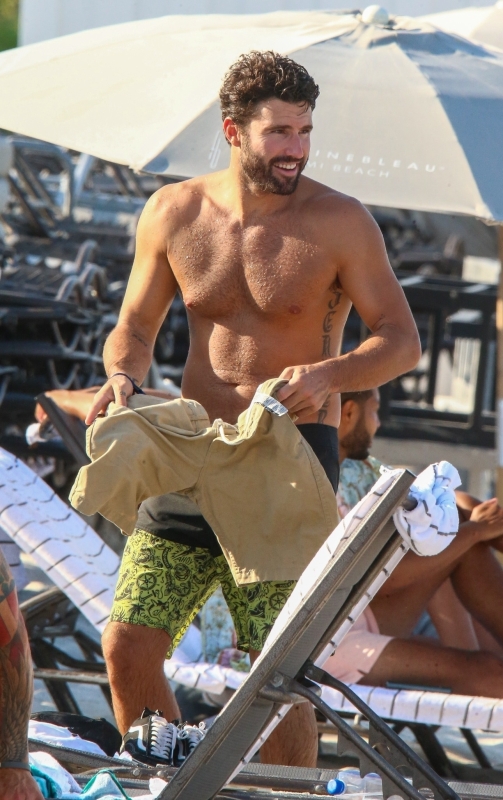