Chris Martin and Dakota Johnson immortalize their love in ink

First comes love, then comes … a pair of matching tattoos? That seems to be the case for Chris Martin and Dakota Johnson, who showed off the same, tiny infinity symbol on their arms this past week. It takes some squinting, but Dakota's new ink is visible on her left elbow in photos from the Suspiria photocall at the Venice International Film Festival. Chris' tat appears on his right forearm in photos taken one day earlier at an event with surfing star Kelly Slater in Los Angeles. While the Daily Mail notes their chosen design usually represents "never-ending, limitless love," don't expect either Chris or Dakota to give up an explanation of their own; the two have largely kept their relationship under wraps since they were first spotted together last fall.

RELATED: Leonardo DiCaprio and his 21-year-old girlfriend are talking marriage

Matt Lauer spotted alone on his boat, 'Resilience,' in the Hamptons

Matt Lauer's resilience rides again. A week after the former "Today" anchor was heard telling "a group of older ladies" he'd eventually be "back on TV," Matt went for a solo Hamptons excursion on his ironically named luxury yacht, "Resilience," in Sag Harbor, New York. The Blast reports the vessel is often spotted full of other riders, but he was definitely on his own for his Labor Day outing. Since NBC fired him amid multiple allegations of sexual harassment at work , Matt's reportedly been hanging out in the Hamptons while focusing on the kids he shares with Annette Roque. He's presumably also focused on finding a way to work again, whether on TV or not, since he reportedly agreed to pay Annette up to $20 million in their divorce.

As Justin Bieber begins planning his wedding with Hailey Baldwin, he seems to be thinking about his next move after saying "I do." And despite having spent the better part of a decade in the United States, the Ontario, Canada native is reportedly thinking about moving north. "He wants to make his full-time home in Canada," an insider tells Us Weekly. "He needs to get out of the L.A., NYC scene." Adding that the experience of becoming famous in the U.S. has been "overwhelming" for the 24-year-old, the source says: "He's trying to climatize what a normal life should look like. He feels most at peace at home." Justin and Hailey plan to wed "really soon" if possible, according to a second Us source. That should come as no surprise given their fast engagement. "Justin is really in love with Hailey. He loves that she is super chill and down to do anything," says a third source. "Hailey has calmed Justin down a lot, and she has changed him as a man. He thinks she is his forever and considers her his best friend and soulmate." Justin recently plunked down $5 million for a massive lakefront house near where he grew up in Ontario.

Hailey Baldwin, meanwhile, is already feeling a bit nostalgic for the what turned out to be a life-changing few months. "Kissing goodbye the most perfect summer of my life!!" the bride-to-be posted on Instagram on Monday, Sept. 3. "Feeling insanely grateful for everything this season of my life has brought me and even more excited for what's next." What's next, of course, is a trip down the aisle for Hailey, who accepted Justin Bieber's proposal in July after they gave their romance another try beginning in June. The 21-year-old model, whom Justin considers his "soulmate," according to an Us Weekly source, recently told Stellar magazine she was "beyond excited" about getting married and that she doesn't have trouble keeping blinders on when it comes to what others think about her relationship. "I don't think it's affected me really," she told the mag. "I have learned to just try my best to ignore the negativity at this time so that I can enjoy this season of my life." The couple reportedly spent the end of the summer vacationing together in various parts of New York City and New York state.

Long before she married Kroy Biermann, Kim Zolciak was approach by producers of "The Bachelorette" to discuss the possibility of her taking the lead role on the show. Now, Kim thinks her 21-year-old daughter, Brielle, could be a prime candidate for an upcoming season. "I was asked to do 'The Bachelorette,' you know that? Like, probably many years ago," she said said the Juicy Scoop podcast this week (via ET). "[The negotiations happened] a long time ago. Like, I was in talks with them, oh God, probably 14 years ago." The "Real Housewives of Atlanta" star went on to marry Kroy, but she says her daughter in talks to appear on a reality romance series of her own. "['The Bachelorette'] would be so great [for Brielle]. Brielle actually has a huge offer going on a similar situation possibly," Kim said, adding that she just wants her daughter to be happy. Brielle, who starred in the "Real Housewives" spinoff "Don't Be Tardy," recently split from her boyfriend of two years, Michael Kopech. ABC, meanwhile, is currently working out the final details for the next season of "The Bachelor," which is set to star Colton Underwood.

Throwback Thursday came a bit early this week for Will Smith and his longtime "Fresh Prince of Bel-Air" costar, Alfonse Ribeiro, who teamed up for a round of golf. Sharing a selfie of their "Fresh Prince" reunion, Will affectionately captioned a pic, "One of my favorite people on this Whole Damn Rock!! @therealalfonsoribeiro." Alfonse shared the same photo, writing, "Had a great time this morning playing with my boy @willsmith." Despite some bad-mouthing about the stars' friendship from another former cast member, Janet Hubert, Will and Alfonse have tended to speak highly of one another. "We've spent many years working together, hanging together, playing together, you know, having families together," Alfonse told Graham Norton a few years back (via the Daily Mail). Calling Will "wonderful," he added, "We have such a great time whenever we're together."

Sad times are afoot in 1D Nation. Despite plenty of indications Harry Styles, Liam Payne, Niall Horan, Zayn Malik and Louis Tomlinson won't be reuniting as One Direction after their hiatus, fans on Twitter were apparently left shocked and distraught this week to find the band's online store has been closed down. According to the Daily Mail, social media users noticed the merch shop now shows only a logo for the band and the words, "Sorry, this store is no longer available." Responses ranged from "OMG ITS HAPPENING THEY ARENT COMING BACK ugh help me breathe" to "My heart just broke into a million tiny pieces" to the slightly less dramatic, "RIP 1D, I'm not gonna lie, I highly doubt they'll come back." One Direction announced in January 2016 they were taking a break to focus on other projects, including solo careers and, in Harry's case, acting.

Unlike their sisters, Kendall Jenner and Kylie Jenner seem to have made concerted efforts to maintain a relationship with Caitlyn Jenner in the wake of her transition and the controversial family matters she delved into in her memoir. It seems Kendall's rapport with Caitlyn may not be entirely rosy, though. Page Six reports the two had a "tense argument at Nobu Malibu" recently. "They were arguing … It was more Kendall ripping Caitlyn a new one for 'always turning her back on the family' after they've been so good to her," says a source. A rep for Kendall quickly dismissed the story as being "absolutely untrue," while Caitlyn's rep did not return the request for comment.

As summer comes to an end, Jennifer Aniston is in high spirits, having spent the warmer months shooting "Murder Mystery" for Netflix with Adam Sandler in Italy and Toronto and spending whatever downtime she has outside of the set with her pals. "She has been working long days but loves being in Europe. She has had friends with her including [hairstylist] Chris [McMillan]," a source tells People, adding that the star is "having. a great summer." In August, Jen, who split from Justin Theroux earlier this year and blasted the tabs for making "reckless assumptions" about her personal life, enjoyed a getaway to George and Amal Clooney's home on Lake Como, but for the most part she's just been enjoying her new project. "She isn't concerned about dating. She is happy to focus on work. She loves filming with Adam," says the insider. As for Justin, Jen "doesn't even talk about him anymore," according to People's source. "She doesn't keep up with what he does. She is focusing on her own life."

Turn on a country music station and it's unlikely the first voice you hear singing will be female. That's a problem Carrie Underwood wants to see addressed. "I feel like shutting that door on 'women don't want to hear women' because that's BS," she said in a recent edition of the Women Want to Hear Women podcast (via JustJared). "Even when I was growing up, I wished there were more women on the radio. And I had a lot more than there is today. Think about all of the little girls that are sitting at home saying, 'I want to be a country music singer.' What do you tell them? What do you do?" Carrie said. "How do you look at them and say, 'Well, just work hard, sweetie, and you can do it,' When that's … not the case right now." What is the case, then? According to Carrie, women in country music end up having to work much harder for the same chances at success as their male counterparts. "I see so many girls out there bustin' their rear ends and so many guys out there that it's some new guy out there has a No. 1 [song], and I'm like, 'Good for you, that's great, but who are you? What's happening?'" she explained. "And then these strong women who are super talented that totally deserve it are not getting the same opportunities. But how to change it? I don't know. How do we change it?" For her part, Carrie's doing what she can by snagging the female country duo Maddie & Tae to go on the road with her when she kicks off her Cry Pretty Tour 360 in 2019, after welcoming her second child. 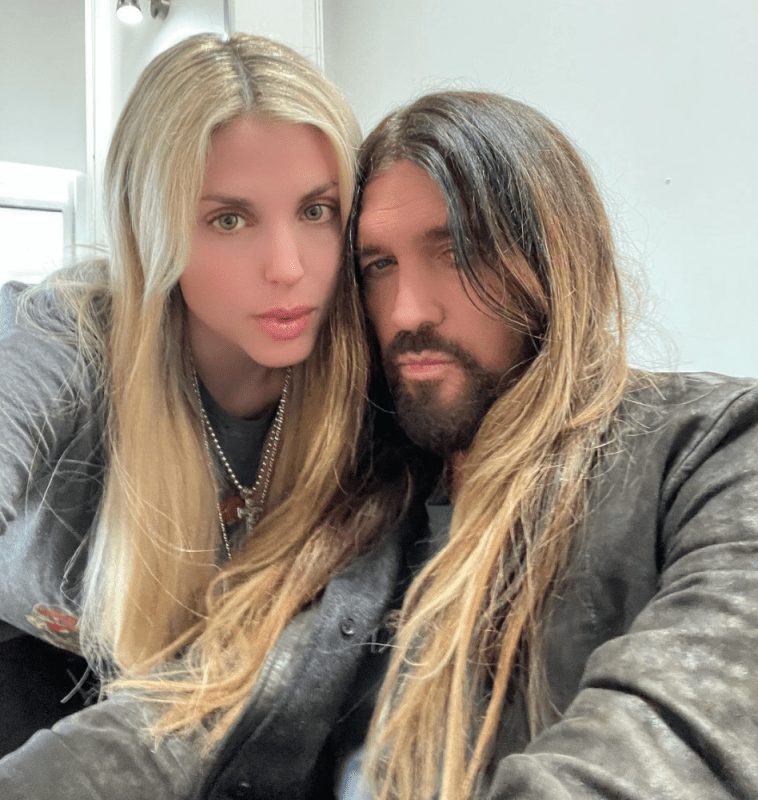