Duane "Dog the Bounty Hunter" Chapman and Beth Chapman are doing everything they can to find alternative treatment options for the throat cancer Beth is fighting once again. The reality stars tell E! News that after being given "a 50/50 chance of the chemotherapy working," Beth is looking into "other treatments" in Boston and Houston, where MD Anderson, currently ranked as the best cancer center in the country by U.S. News and World Report, is located. "Beth is very strong, very healthy and very active" and she and Dog have been "trying very had to keep things as normal as possible for their children" since she was released from the hospital on Nov. 27, the family said in a statement. Dog has reportedly gone back to bounty hunting full-time given the cost of Beth's medical bills. In the meantime, the family members say they're "clinging to each other while they go through the search for a cure." Beth was first diagnosed with throat cancer in September 2017. By December, the cancer had gone into remission. Doctors discovered last month that it had returned.

RELATED: See which other stars have fought cancer

Kylie Jenner may have grown up on television thanks to "Keeping Up With the Kardashians," but when it comes to her own daughter with Travis Scott, TV is pretty much forbidden. Speaking to Rolling Stone for the magazine's new cover story, Travis explained (via Us Weekly): "Today's kids are on iPads. There's so much technology, they don't play outside anymore. With Stormi — no TV. That s— is out." The "Astroworld" rapper also admitted that when he found out Kylie was pregnant, he was hoping it would be a boy. "At first I was like, 'Man, I need a son,'" he recalled. "When we found out it was a girl, I was like, 'Huhhh.' But after a while I was like, 'Yo, this might be the illest thing that ever happened.' And when Stormi was born, I was like, 'Life is fire, bro.'"

What's funnier than a bunch of people wearing ugly sweaters to a holiday party? One person wearing an ugly sweater to a holiday party — which Ryan Reynolds' social media nemesis, Hugh Jackman and their pal, Jake Gyllenhaal proved on Thursday, Dec. 20 — at Ryan's expense. "These f–king a–holes said it was a sweater party," the "Deadpool" star captioned a photo on Instagram that showed him looking less than thrilled in an impressively heinous red, green and gold sweater made to look like a Christmas gift. The gag was the latest edition of an ongoing faux feud between Hugh and Ryan, who E! News reminds us once told Ellen DeGeneres, "it's not a rivalry, it's a war." If that's the case, Ryan may want to send in more troops.

RELATED: Take a look at more famous feuds from 2018

We're used to seeing Andy Cohen talk celebrity guests into revealing personal tidbits about themselves on "Watch What Happens Live." This week, though, Andy turned the tables and revealed some huge personal news about himself when he announced he's expecting his first child via surrogate in just six weeks. Since the announcement, Andy's social media's been blowing up with well wishes from his famous friends. Brandi Glanville joked that he's "had a lot of practice being a dad to bunch of middle-aged woman /children" because of "Real Housewives," adding, "You will be able to handle anything after that Mazel tov🙏🙏💋🙏." Lisa Rinna agreed, posting, "I'm so Beyond Happy for you @Andy You are going to make THE BEST Daddy! ❤️❤️❤️❤️," according to the network's Daily Dish. Comments By Celebs, meanwhile, dug up congratulatory posts from John Mayer, who sent Andy a bunch of "I love you's," Laverne Cox, who posted, "Ah, congratulations darling. How beautiful!," and ?uestlove, who simply wrote, "that's dope, man!" We couldn't agree more. Congrats!

Kristen Stewart's romance with Victoria's Secret model Stella Maxwell may have come to an end. On Thursday, Dec. 20, a smiling K. Stew was photographed holding hands with a redheaded woman fans think may be fashion blogger and wardrobe stylist Sara Dinkin. The pair were dressed in matching jeans and black jackets as they left a breakfast spot in Los Angeles, according to photos published by E! News. Kristen and Stella reportedly began dating more than a year ago after the actress' brief relationship with St. Vincent. In recent months, Kristen's filming schedule for "Charlie's Angels" has forced her on regular stints across the globe. She was last seen with Stella back in October when the two caught up in Amsterdam.

Sorry, Beyhive — Beyonce did not release any new music as an early holiday gift for you. Two seemingly new, 10-track albums by Bey appeared on Apple Music and Spotify this week, sending the singer's fans into a tizzy over what appeared to have been a new music leak. The New York Post and other outlets have since reported that both albums, titled, "Have Your Way" and "Back Up, Rewind," are older B-sides and unreleased songs. The albums no longer appear on the streaming services.

Turns out Khloe Kardashian and Tristan Thompson's daughter, True Thompson, is already taking after her dad in the looks department at just 8 months old. Khloe shared a sweet photo on Instagram this week of True seated by the family's Christmas tree. She jokingly captioned it, "Her thighs," adding heart eye Emojis for the little girl's adorably smooshy legs. In the comments, True's proud pop, Tristan, wrote, "My princess #MyTwin," (via E! News). While Khloe agreed, replying, "she is completely," her sister, Kourtney Kardashian, was apparently still focused on the smoosh factor. "I'm so hungry," she joked. "I'm coming over." Last month, Khloe happily revealed True can now say "dada," adding with a wink, "but I think she means 'mama.'"

Wendy Williams apologizes for strange behavior on her show, says it was due to painkillers

On the Thursday, Dec. 20, edition of Wendy Williams' eponymous show, she slurred her words and seemed to be struggling to introduce the rap group, The Lox. After her performance sparked concern, she posted on Instagram that the odd behavior was a result of pain medication she'd been prescribed after fracturing her shoulder last weekend. "I sincerely apologize if you feel that today's show was less than stellar. I'm on your TV screens every day wanting to spread laughter, entertainment and cheer. As I reported earlier in the week, I have a hairline fracture on my upper arm, which hurts like hell," she wrote. "I've never broken a bone or experienced a fracture in my life. In the key place where the fracture is, and trying to scurry around and do too much, I am now paying the price. I've never taken a pain medication in my life (except when I got snatched over 20 years ago) until this week," she added. "I did that to power through and try to deliver a great show for you, against the better judgement of the many people around me who genuinely care for my well-being. I really do ride or die for my craft and give 200%." She went on to thank fans for their "genuine concern for my wellness and care" and promised to get plenty of rest in the coming weeks, promising viewers a "better Wendy in 2019." Earlier this year, Wendy's battle with Graves Disease forced her on a hiatus from her show.

After months of talking about their on-off relationship on reality TV, social media and in the press, John Cena and Nicki Bella are officially done — and John is done talking about why. According to the New York Post, the wrestler, who got engaged to the "Total Bellas" star on TV, apparently had his reps alert reporters that questions about his 11-month engagement would not be allowed during his promotional appearance in support of his "Transformers" movie, "Bumblebee" in New York City this week. Instead of dishing on his love life, the Post reports John told them in decidedly un-juicy terms how he was spending the holidays. (So as not to leave you hanging, he said, "For Christmas, I want to spend some time with the folks that I love, and then after that I'm coming back the day after Christmas to do a WWE event.")

Russell Simmons has responded to a Jane Doe lawsuit in which he's accused of raping a woman in 1998. The Blast reports the Def Jam founder filed documents this week in which he described himself as a civil rights and animal rights activist who "fully embraces the #MeToo movement" and the "critical importance of creating safe spaces for women to thrive and lead in every facet of our society." He has already denied the allegations publicly, but he's now asking the court to dismiss the suit altogether. "… with every great revolution there has been collateral damage," his legal team says in the documents. "In this movement, this includes Mr. Simmons' well-publicized life as a celebrity bachelor being the target of outrageous false tabloid-fodder allegations contradicted by facts and the law." The music exec reportedly believes the suit was brought against him by a woman who hoped for a payout. Russell's rep reiterated that denial to The Blast, telling the website: "These allegations are made up of whole cloth. This ruling simply allows her to file her complaint. We will be filing a motion for sanctions against her and her lawyer for bringing such a frivolous suit." 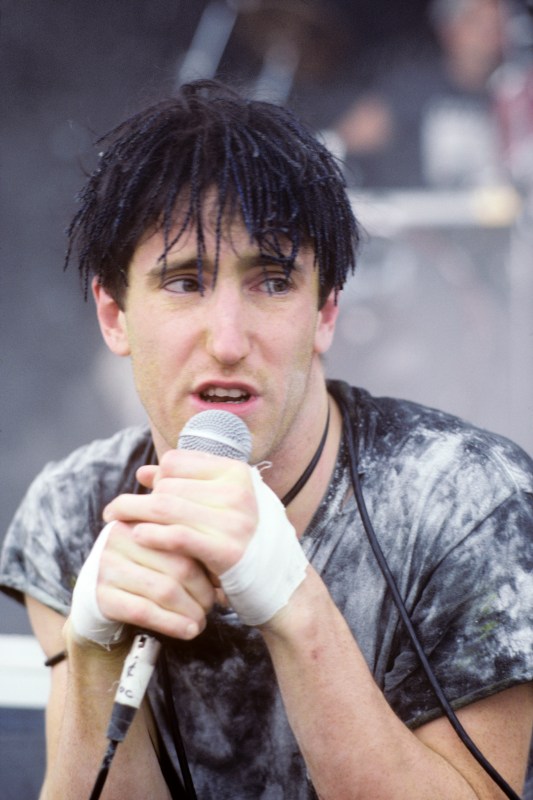