Kendall Jenner has moved on from Clippers-turned-Pistons star Blake Griffin — to the Philadelphia 76ers' Ben Simmons. That's according to Page Six, which says "multiple sources" have confirmed the romance. The model, who's generally always low-key about her relationships, reportedly stepped out for lunch with the 21-year-old hoops star in New York City last week at Vandal. This week, their lunching took them to the West Coast, where they dined in Los Angeles together, according to another source. The flirty fun reportedly began "a few weeks" ago for the duo, who are said to have been spending time with mutual friends but keeping a close eye on their privacy by having "extra security measures" put in place for their outings.

This hubby and wife-to-be spent Memorial Day weekend with their kids in Cabo. Insiders tell E! News Gwyneth Paltrow brought the kids she shares with Chris Martin, Apple Martin and Moses, to the beach vacay, while Brad brought along his children, Isabella and Brody, when they hopped on private jet for the flight last week. A handful of pals joined the fam as well. "The weekend was very relaxing and Gwyneth and Brad seemed happy to just sit back and watch the kids run free," said E!'s source. "They spent a lot of time sitting at the beach chatting. Every once in awhile they joined the kids for a dip in the ocean and to talk to friends. They were both very social and friendly with their friends. Everyone had a great time together and didn't want to leave." No wedding date has been announced for the fiancees yet. This spring, the couple celebrated their engagement with friends and family in Los Angeles.

Somebody's enjoying her pregnancy … Kate Hudson shared a sweet selfie mid-workout on Instagram Stories (via the Daily Mail) this week, showing off her still-tiny bump above a pair of blue and white yoga leggings from her Fabletics exercise gear collection. She captioned the shot, "happy belly," a sentiment that fits right in with what her brother, Wyatt Russell, recently told People of his sister's pregnancy. "I was happy. I was teary-eyed because I know how badly she wanted a girl," Wyatt admitted. Kate, who's already mom to two sons, is indeed expecting a girl with her boyfriend, Danny Fujikawa.

Between her massively successful careers in business and acting and the t hree lovely kids she shares with husband Cash Warren, it's hard to imagine Jessica Alba engaging in any sort of non-perfect behavior. But as she tells InStyle in the magazine's July cover story, she does, indeed, have her struggles. "I have this terrible habit," she admits at one point in the interview. "Whenever my kids ask me to find something, they're like, 'Mom, where's my…' you know, backpack, toothbrush, whatever. And I just say 'Up your butt,' and that's probably bad parenting." Jessica, 37, has one more little secret — she hasn't been naturally inspired to jump on the eliptical machine on a daily basis, particularly after having children. "That s— is hard," she admits. "Working out is not easy, but I'm doing it. I'm dropping a name here, but I was with Kate Hudson, and she's so fit! And I was like, 'You work out every day?' And she said, 'Of course I do.' I was just like, 'F—, man, she doesn't even question it, so I shouldn't question it either.'"

Ambien manufacturer on Roseanne Barr's tweet defense: 'Racism not a known side effect'

As Roseanne Barr continues to navigate the fallout from the highly offensive tweet about a former Barack Obama adviser that got her "Roseanne" reboot canceled, she has leaned on the claim that she was tweeting while under the influence of Ambien. (She's also tweeted that at the time of her offensive missive, she thought Valerie Jarett, whom she compared to an ape, was Jewish, not black, which we have neither the space nor the time to untangle here.) Anyway, The Blast touched base with Sanofi, which manufactures Ambien. Their rep had this to say on the matter: "While all pharmaceutical treatments have side effects, racism is not a known side effect of any Sanofi medication." Ahem. The rep also said, "People of all races, religions and nationalities work at Sanofi every day to improve the lives of people around the world." Meanwhile, Roseanne may be off the Ambien, for whatever that's worth. Page Six points out she appeared to have been online the morning of Wednesday, May 30, until 6:15 a.m. Easter time, when she posted, "thanks for all your kind comments, everyone! Love u all goodnight." On the other hand, she lives in Hawaii, which is six hours behind the East Coast.

Chris Klein and his wife, Laina, welcome a baby girl

The stork made a return trip to see Chris Klein and his wife, Laina Rose Klein over the weekend in the Santa Monica section of Los Angeles. On Saturday, May 26, the couple, who also share a son, Easton, welcomed baby No. 2, according to People, which checked in with the excited fam after their daughter, Isla Rose, arrived. "Easton was overjoyed when met little Isla. He absolutely loves having a baby in the house, every time he sees her he laughs with joy," Laina told People. "It's been incredible seeing how much happiness he has just by being around her. Little Isla so far is a laid back, happy, snuggly little girl." Isla reportedly weighed 8 lbs., 7 oz., at the time of her birth.

Paris Jackson explains why she left the Dior show early

When Paris Jackson bailed on last week's Christian Dior Couture Cruise Collection show after the first model strutted down the runway, she was, in fact, intending to make a statement about the use of animals in the show. That's according to a social media update Paris shared after multiple media outlets reported she "stormed out" of the Paris show in "a rage." According to Paris: "To be clear, I did not 'storm out' of the show. I quietly got up and walked out trying my hardest to not cause a scene, because I do not support animals being branded and whipped." She went further than that, too, assuring followers that she still wants to pursue a future in fashion but refuses to do so in a way that compromises her beliefs. "Not trying to become enemies in the fashion world in any way, but i will always be myself," she wrote. "Furthermore, i was not 'enraged,' just taken by surprise and a little heartbroken. and i have no doubt that all high end fashion brands will soon switch over to no-fur and anti animal cruelty, as that seems to be the pattern here. and we should all be very excited about that! :)" Stick to your guns, girl!

In the U.S., most women stop breastfeeding when their babies are about 6 months old. That may be why some followers were confused or disheartened when Coco Austin posted on Instagram about the fact that she still breastfeeds her daughter, Chanel, who is now 30 months old. "I follow some mother impowering [sic] pages here on Instagram and I love the inspiring pics they post showing the tenderness and love between a mother and child with or without nursing moments. I love that I can be a part of that," she wrote. "@babychanelnicole has made me a more sensitive person now that I'm older." Asked if she is still nursing the toddler, Coco replied, "Yep, but it's more for comfort now." While some commenters excerpted on E! News called her decision a "natural" move of "female empowerment," others said they thought the child was too old to breastfeed. The World Heath Organization, by the way, says the average global age for a child to stop nursing is 2 years.

Meek Mill won't catch a break just yet with regard to ongoing struggle to land a new judge to oversee proceedings related to the probation violation for which Philadelphia Common Pleas Court Judge Genece E. Brinkley sent him to prison. The rapper's lawyers, who have the support of a slew of celebrities when it comes to their protests of the harsh sentence Meek was given, were unable to get rid of Judge Brinkley when they asked Common Pleas Court Judge Leon Tucker to help them, according to Philly.com. "We have a judge that wears the same robe that I wear, that has not recused herself and has not disqualified herself," he said in response to the latest request for Brinkley's removal from the case. "I don't have the jurisdiction to do that. It's as simple as that," he added. In addition to the bizarre reports of the alleged mistreatment Meek suffered under Brinkley, the judge recently suffered head trauma, which Meek's lawyers say concerns them. They plan to appeal this week, just a couple weeks ahead of the June 18 hearing that's scheduled to bring forth testimony from a former Philly cop who says Meek pointed a gun at him. Meek, along with two police officers, have said the claim is a lie, according to Philly. The witness and retired cop, Reginald Graham, has been accused of stealing money from a drug bust and lying to the FBI about the incident.

When former "Smallville" star and alleged sex cult member Allison Mack flies from California to New York for a court date related to charges of sex trafficking and forced labor conspiracy, she'll probably be wearing the GPS ankle bracelet she's had on throughout her house arrest. According to Page Six, California courts usually have the tracking monitors removed for flights, but a prosecutor based in New York City filed documents requesting Allison leave the gadget on for the trip. "In light of the foregoing, the government respectfully requests that the Court order that Ms. Mack is to remain on continuous electronic monitoring while on pretrial release, including when traveling by air," the attorney said in the documents. The actress' legal team has not opposed the filing. Allison is charged with helping accused NXIVM leader Keith Raniere blackmail women into .becoming sex slaves before brainwashing, starving and branding them. Their trial is due to begin Oct. 1. 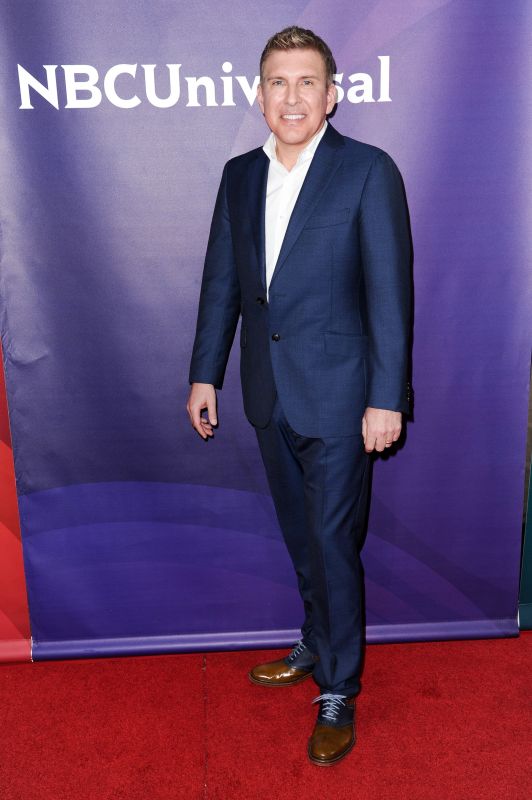