The plot thickens. A new twist in Johnny Depp's ongoing court battle with his former managers at TMG surfaced on Thursday, June 1. TMZ reports Johnny filed documents claiming the management firm used his assets as collateral against $40 million of loans. The loans were allegedly secured starting in 2006 as a way for TMG to deal with what Johnny says was a botched job of handling his money over a period of years. Other details in the new documents include a claim TMG cost the actor $350,000 when the company failed to cancel a hospice home for his mother. The docs allege TMG cost Johnny $320,000 more when the company settled a property dispute on Johnny's behalf without investigating the claim the neighbor made against him. In May, TMG made a new round of accusations against their former client, whom they said had the company pay a sound engineer a retainer so Johnny could have someone feed him his lines on films. Johnny is reportedly suing for $25 million.

When it comes to supporting her man, there's one boundary Jennifer Aniston won't cross: her "Leftovers" fandom. Jen's husband Justin Theroux appeared on "Good Morning America" this week and told the hosts his wife "wouldn't even run lines with me [because] she didn't want any spoilers," according to the Daily Mail. The finale of the hit show is slated to air this weekend and while Justin feels good about the episode, he wouldn't divulge any details about the plot. "We're not allowed to talk about what's going on, but I'm very happy with how we ended our show," he said. After "The Leftovers" wraps up, there's another milestone on the horizon for Justin this summer, too: His second wedding anniversary on Aug. 5. "We'll probably just do something quiet," he said. That's what we like to do."

The Weeknd donates $100k to maternity center in Uganda

Growing up, The Weeknd saw his mother work multiple jobs while going to school so she could take care of her family with the help of her own mother. Now, the singer is doing what he can to support other moms and children who need support. According to E! News, The Weeknd donated $100,000 to Uganda's Suubi Health Center, a healthcare facility and education center that specializes in maternity and childcare. The move comes after the singer's friend French Montana made a $100,000 donation to the same cause. The Weeknd's donation reportedly helped Suubi Health Center finish work on a maternity clinic and expand the number of patients it can serve by nearly five times.

RELATED: The Weeknd and Selena Gomez plus more of the hottest couples at the 2017 Met gala

The Weeknd's not the only celeb giving back this summer. Val Kilmer is reportedly trying to recruit potential backers for the charity fundraising site SparkRise. The New York Post reports the actor recently contacted a friend to see if they were interested in getting involved in the company, which he said is set to "change how fund-raising is done globally." Boasting that "the company has figured out a platform that raises more money faster, easier and cheaper than any other system," Val cited Sean Penn and Bradley Cooper as SparkRise users who found the company helped spark huge donations for nonprofits including Sean's J/P Haitian Relief Organization and a veterans organization Bradley is apparently affiliated with. Name-checking Madonna, Denzel Washington and Tavis Smiley, Val explained: "We have everything in place but want to prepare for the avalanche of offers we're going to get from wealthy sponsors, and investors." A longtime Christian Scientist, Val recently said he cured his cancer "with love."

Eminem's 'Stan' is now in the dictionary

The Oxford American Dictionary now has one more creepy word in it, thanks to Eminem. According to Vulture, "Stan," defined as "an overzealous or obsessive fan of a particular celebrity" and derived from Em's 2000 song of the same name, now has a place in the canon of celeb-sparked English words. Way to party like it's 1999, Oxford.

Ben Affleck and Jennifer Garner are still working on their relationship

Ben Affleck and Jennifer Garner may have called time on their romance but they believe their relationship is still worth fighting for. Sources tell People now that Ben has gotten help for his alcohol addiction and moved into his own home, he remains close with Jen and the kids and frequently comes by for breakfast in the morning. "These two consistently work on their relationship," says an insider close to the pair. "While addiction can take a toll on a family, Jen was a true constant and — along with his friends — really helped encourage to seek extra support. Ben is focusing on family and working on himself." Another explains that Ben and Jen are determined to prioritize their kids' best interests. "They are working hard to continue to build a world that is right for their children. They spend quite a bit of time on this," says the second source, adding, "They continue to co-parent and respect each other. I think some would be surprised to see how close their relationship remains." Jen's relationship with People, however, is less positive, thanks to the magazine's decision to run the "Life After Heartbreak" cover story. On Facebook, the actress posted an alert assuring friends and fans that she did not pose for the cover and she did not authorize it. "I have three wonderful kids and my family is complete," she wrote before signing off with, have a beautiful day."

Together again? Eh, don't pop the bubbles just yet. Sean Penn and Robin Wright were spotted together in New York this week and as DListed points out, Sean was carrying his ex-wife's bags when they left John F. Kennedy Airport together; later they walked into an apartment building. (Scandalous!) An insider tells E! News their apparent joint trip to the Big Apple had to do with their son, Hopper Penn, who is currently living there.

Gwyneth Paltrow: I'm 'ruthless' about making the most of my mistakes

For Gwyneth Paltrow, happiness is all about making the most of the ups and downs life doles out. In the new issue of The Edit, the 44-year-old actress and GOOP exec opens about those ups and downs and reflects on how she's carved her own path as an actress, a lifestyle brand manager, a mom and more. "I've had an extraordinary life, where things have happened in a huge way — huge success, huge joy, huge pain, huge loss. And the reason I feel happy today is because I've milked the f–k out of every opportunity," she says (via E! News) "I haven't made one mistake that I haven't used as a stepping stone to get somewhere else. I'm ruthless when it comes to using the hard things." One such challenge has been the criticism she's faced for promoting what appears to be a pampered existence fueled by expensive tastes, long workouts and lots of cleanses. "It's got a few layers to it," she muses. "People were fine with me as an actress, but with Goop it was like, 'Stay in your lane.' Women in general get a lot of pushback, especially if you're successful and attractive … I'm not saying I'm attractive. I mean when you're considered attractive," Gwyneth also addresses her split from Chris Martin — and her adoption of the term "conscious uncoupling." "I wanted to turn my divorce into a positive," she explains. "What if I didn't blame the other person for anything, and held myself 100% accountable? What if I checked my own s— at the door and put my children first? And reminded myself about the things about my ex-husband that I love, and fostered the friendship? What I put myself through to get there was the most difficult thing I've ever done in my life." As for those cleanses? "I can't be on a cleanse all the time," she admits. "I did one for seven weeks last year and it was awful. My first meal of the day is normally lunch; I keep it light on carbs so my energy levels don't peak and valley through the day. At home, I loosen the reins: a glass of wine, maybe a baguette dripping in cheese, some fries," she says. "[…] On vacation, I eat what I want — and there's no exercising, either."

Ariel Winter: 'It's important for women to stick together and be heard'

Wanna learn how to brush off haters? Take a page out of Ariel Winter's book. From her dismissal of body-shamers who take issue with her clothing choices to her confidence in the fact that she's with the right guy despite the 10-year age gap between her and Levi Meaden, Ariel is a 19-year-old rock. Speaking to Refinery29 in a new interview, she explains how she stays centered amid criticism. "I'm happy, and whatever people want to say, they can say," she says casually when asked about the reaction to news she and Levi had moved in together. As for that body confidence? "Our leadership is really anti-women right now," says Ariel. "Thanks to Donald Trump, we're being objectified and made to feel bad about ourselves, so I think it's really important for women to stick together and do the opposite of that; to let their bodies be seen and be heard, and to empower each other; to remind each other that what they look like is not the only thing that's important when it comes to who they are."

Taylor Swift gets a win in groping lawsuit

A radio DJ accused of groping Taylor Swift during a meet-and-greet lost his bid to sue the singer for slander this week when a judge threw out his claims because the statute of limitations had run out. Us Weekly reports "the rest of the case," which includes David Mueller's claim Taylor's groping allegation was false as well as a countersuit filed by Taylor, "will continue forward." In a deposition last year, Tayor recalled,: "Right as the moment came for us to pose for the photo, he took his hand and put it up my dress and grabbed onto my a– cheek, and no matter how much I scooted over, it was still there. It was completely intentional, I've never been so sure of anything in my life." She continued: "I remember being frantic, distressed, feeling violated in a way I had never experienced before. A meet-and-greet is supposed to be a situation where you're thanking people for coming, you're supposed to be welcoming people into your home, which is the arena for that day, and for someone to violate that hospitality in that way, I was completely stunned." When she filed her countersuit for assault and battery against the former DJ, who lost his job over the incident, Taylor said she would donate money from the suit to a sexual assault charity. 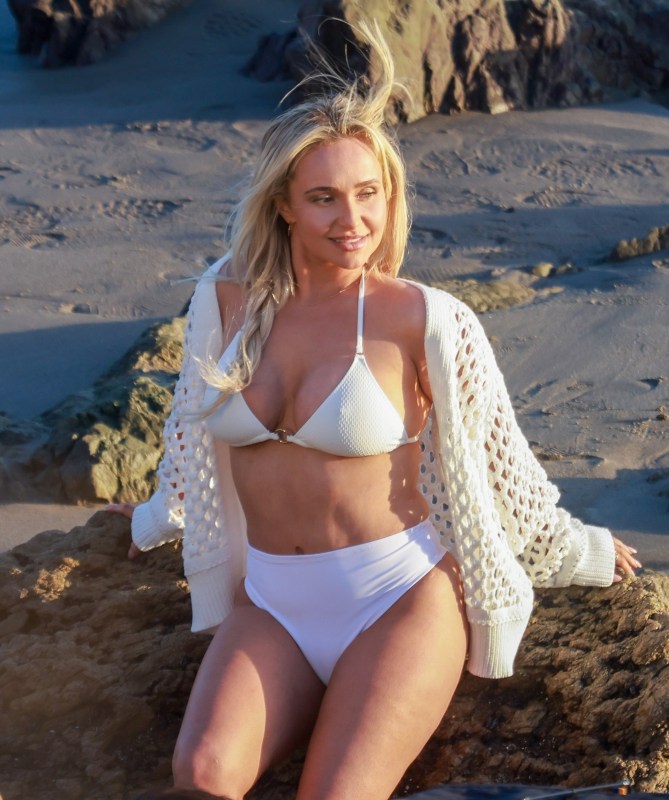