After reportedly ghosting his wife for days — and after publicly revealing he's been trying to divorce her for months — Kanye West reunited with Kim Kardashian West this week. The reunion, though, was short-lived. On July 27, Kim jetted off to Cody, Wyoming, to be with her husband, who multiple reports have claimed is in the midst of a bipolar episode. Photos (seen here) showed Kim weeping in the car while the rapper-designer spoke animatedly after they left a Wendy's fast food restaurant. "She feels very hurt by Kanye. She has tried to reach him multiple times and he just ignores her. It's all a bad situation," an insider told People magazine. "She decided to fly to Cody to speak with him in person. She doesn't want to be ignored anymore." Kim was back in Los Angeles sans Kanye the following day. A source told Page Six that Kim was open with her feelings and told Kanye "how upset she was." She even reportedly begged him to call off his longshot bid for president. "But nothing was really resolved," Page Six's source said. "Kim knows they can't move on one way or the other, and Kanye can't be a husband or a father until he gets help, it's extremely difficult and frustrating for her." Several reputable media outlets also claimed the two are essentially living separate lives, and Us Weekly reported that they've quietly been living apart for the last year. "Kanye has been in Wyoming for the last year. Kim goes about once every five weeks and brings the kids," a source told the magazine.

For months now, Ellen DeGeneres has been facing allegations that her daytime talk show has fostered a toxic work environment. On July 27, Variety reported that WarnerMedia, which owns "The Ellen DeGeneres Show" distributor Warner Bros. Television, has launched an internal investigation into the show. Current and former staffers are expected to be interviewed about their experiences on set. On July 30, Ellen issued an apology to staffers for unspecified transgressions and promised to "correct the issues." Hours later, the show was hit with fresh claims — that an executive producer had sexually harassed staff for years, which he's denied — in a report from BuzzFeed News.

Say hi to mom and dad. Joe Jonas and Sophie Turner are now proud parents to a baby girl, it was revealed this week. According to reports, the couple actually welcomed their daughter, whom they named Willa, on July 22 in Los Angeles but managed to keep the birth quiet for a few days. A statement via the Jonas Brothers musician's record label on July 27 confirmed the baby news. "Sophie Turner and Joe Jonas are delighted to announce the birth of their baby," the statement read. The fact that the couple didn't reveal the birth news right away isn't all that surprising since they never formally announced that they were expecting, although pictures of the "Game of Thrones" star's baby bump made the happy news clear.

RELATED: Stars who had babies in 2020

Irish to the end

Beloved TV legend Regis Philbin, who passed away on July 24 at 88, died from a myocardial infarction due to coronary artery disease, it was revealed on July 29. Following the former "Live With Regis and Kathie Lee" host's death, celebrities mourned the TV icon on social media. Kathie Lee Gifford, his longtime TV sidekick, spoke about the last time she saw him — they had lunch ather home just two weeks earlier. "We just had the best time," she said. "I just thought to myself, 'Lord, is that the last time I'm going to see my friend?' 'Cause he was failing, I could tell." Regis will be buried at the Cedar Grove Cemetery, which is on the campus of his alma mater, the University of Notre Dame, in South Bend, Indiana. Regis was a huge supporter of the Fighting Irish. A funeral service will take place at the Basilica of the Sacred Heart, which is also on campus.

And the nominees are… On July 28, the nominees for the 2020 Primetime Emmy Awards were announced, and the list featured its usual mix of familiar faces and up-and-coming stars. There were also, of course, some notable snubs. Sterling K. Brown continued his incredible streak, earning his fourth consecutive nomination for best lead actor in a drama series for his work on "This Is Us." He also got a nod for best supporting actor in a comedy series for his performance on "The Marvelous Mrs. Maisel." Jason Bateman also nabbed two nominations, and Maya Rudolph earned three. Eddie Murphy was nominated for his first Emmy in 21 years. A record number of Black performers were nominated as well. There were those on the opposite end though. Despite key roles in "Big Little Lies," "Little Fires Everywhere" and "The Morning Show," Reese Witherspoon didn't hear her name called in any acting categories. But, her production company, Hello Sunshine, notched 18 nominations. The ceremony — which will be virtual and hosted by Jimmy Kimmel — is set for Sept. 20.

Nearly five years after tying the knot, Tracy Morgan and wife Megan Wollover are going their separate ways. "Sadly, after nearly five years of marriage, Megan and I are filing for divorce," the comedian said in a statement. "This is a challenging time for all involved." The couple shares a 7-year-old daughter, Maven Sonae. (Tracy also has three adult children from a previous marriage.) Tracy and Megan married 14 months after his near-fatal car accident in which a Walmart truck slammed into the actor's limousine on a New Jersey freeway. Tracy ended up suing Walmart and reportedly settled for $90 million. It's not known if he and Megan have a prenuptial agreement.

Lori Loughlin and Mossimo Giannulli had visions of dollar signs when they listed their 12,000-square-foot mansion in Bel Air, one of the most exclusive areas of Los Angeles. Earlier this year, the actress and the designer put it up for sale for $28,650,000. It sold this week for $18,750,000, which is about $10 million less than what the embattled duo wanted (they'd previously listed the home for $35 million but failed to find a buyer). TMZ reported that the sale had nothing to do with the couple's legal battles, as they have a history of renovating and flipping luxury homes. Real estate records show that Lori and Mossimo bought the estate in 2015 for $13.9 million, so they still might have turned a profit, depending on how much work they put into it.

Remember when everyone thought Dr. Dre was going to have to give up half of his estimated $800 million fortune after his wife of 24 years, Nicole Young, filed for divorce? Well, it turns out he and his estranged spouse have a prenuptial agreement. In late June, Nicole — who married the hip-hop mogul in 1996 — filed divorce paperwork, citing irreconcilable differences as the reason for the split. In her filing, Nicole didn't mention that a prenup existed. In Dre's response to Nicole's filing, he agreed to pay his ex her requested spousal support but said their division of property should be governed by their prenup.

"Breaking Bad" alum Bryan Cranston revealed in a July 30 Instagram post that he had COVID-19 "a little while ago" and was "very lucky" to have recovered after experiencing only "very mild symptoms" including "a slight headache, tightness of chest and [loss of] taste and smell." He shared a video he made while visiting the UCLA Blood and Platelet Center, where he was donating his antibody-rich plasma. "I was pretty strict in adhering to the protocols and still… I contracted the virus," he told fans, urging them to continue to wear masks, wash their hands and practice social distancing.

"Flip or Flop" star Tarek El Moussa and "Selling Sunset" star Heather Rae Young took to Instagram on July 26 to announce that they got engaged while celebrating their first anniversary on Catalina Island off the coast of Southern California. "She said yes! #FlippingHerLastName," Tarek captioned a photo from the proposal. 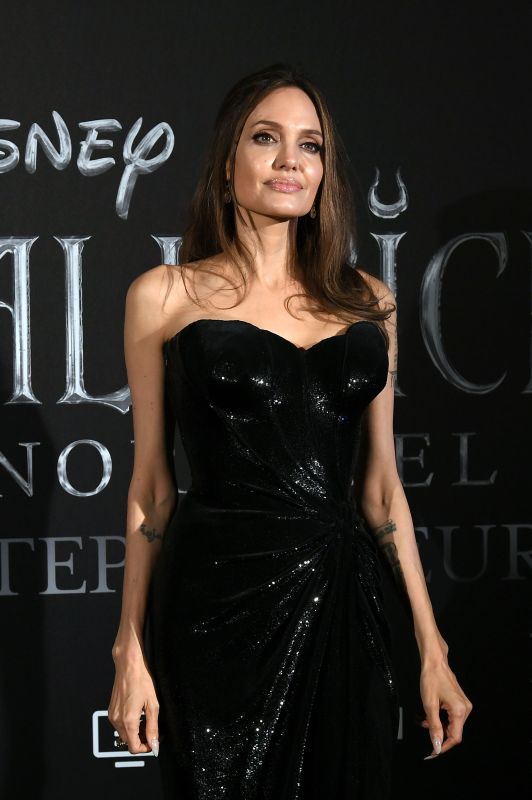 Up Next Divorce Update