"Stormi's Parents 🖤." That's how Kylie Jenner captioned a photo from the Met Gala of her with partner Travis Scott this week. The post appeared to be an attempt to tamp down the second rumor cycle about the paternity of her daughter, Stormi. Following early suspicions Kylie's ex, Tyga, fathered the little girl, social media blew up with comparisons between Stormi and Kylie's easy-on-the-eyes bodyguard, Tim Chung. Tim denied the rumors over the weekend, calling them "extremely disrespectful." Tyga has also denied claiming Stormi could be his.

Why Khloe Kardashian stayed in Cleveland for Mother's Day

When Khloe Kardashian opted to stay in Cleveland for her first Mother's Day with her daughter, True, it came as a surprise to some, including a few of her relatives, who have reportedly been concerned about her future with Tristan Thompson in light of the cheating scandal that surfaced just days before True's birth. "The family wanted Khloe to come home for Mother's Day and hoped she would make that choice, but she wanted to stay in Cleveland," a source tells E! News. "She is feeling very happy and settled there. She feels like it's best for True. … They have a routine and support from a baby nurse that she really loves. Khloe wants to figure this out on her own." Rather than stay off the radar, Khloe shared a photo of her new addition over the holiday weekend, along with a post wishing her own mom, Kris Jenner, a happy Mother's Day. According to E!, she also showed off a Mother's Day gift she'd gotten — pink roses spelling out the world "mommy." Tristan, meanwhile, is said to be working to win Khloe's trust back. "He has been trying very hard to show her that he is committed to her and True. Tristan had a wake-up call and is trying to show Khloe he is a changed man," says the insider. In recent weeks, Khloe's reportedly been closer than ever with her sister, Kim Kardashian West. "Kim is trying to be supportive and listen to Khloe and just be there for her," says E!'s source. "They all want Khloe to be happy but the situation with Tristan is the big elephant in the room. They aren't talking about him at all. Khloe isn't bringing it up and they just talk about True and motherhood."

After Meghan Markle marries Prince Harry on Saturday, May 19, she won't get much of a break before making her first appearance as an official member of the Mountbatten-Windsor family. Us Weekly reports Meghan and Harry are postponing their honeymoon so they can join Harry's dad, Prince Charles, at his 70th Birthday Patronage Celebration in the Gardens of Buckingham Palace on Tuesday, May 22. The event — an early birthday bash focused on paying tribute to Charles' work in the military and as a royal patron of multiple charities — will also reserve time to honor the emergency responders who rushed to the scene of a terror attack at Ariana Grande's concert in Manchester one year ago this month. Though Harry and Meghan will have to delay their private, post-wedding celebration, they did get some quiet time together last weekend at a cottage in the country outside London.

Happy birthday, Apple! Gwyneth Paltrow and Chris Martin's daughter turned 14 on Monday, May 14, and her mom, who rarely shares photos of Apple and Apple's brother, Moses, on social media, posted a beautiful pic of her mini-me teen alongside some equally beautiful words. "Happy birthday, my darling girl. You make everyday feel like Christmas morning," Gwyneth captioned the shot. "You are the most vibrant, hilarious, twirling all over the place, beautiful (inside and out) young woman. You are an amazing thinker and an incredible songwriter. Thanks for still hanging out with me, even though you are 14." Gwyneth is currently getting ready to marry her longtime boyfriend, Brad Falchuk.

Sometimes a pop song is just a pop song. And that seems to be the case when it comes to Selena Gomez's new single, "Back To You," which fans thought had been written about Justin Bieber, given Selena's short-lived reunion with her ex earlier this year. "I wanna hold you when I'm not supposed to," she sings on the track. "When I'm lying close to someone else / You're stuck in my head and I can't get you out of it / If I could do it all again / I know I'd go back to you." The Blast did some research and discovered the song was actually written by Amy Allen, who was inspired by a relationship of her own when she put it together. Sources tell the website Selena did think it "fit her life" when she chose it, though, and reportedly "molded it a bit" before releasing it.

As a head producers on "Saturday Night Live," one of just two women in that role, Lindsay Shookus has spent her career working hard to get where she is today. She probably has not worked to get into the tabloid spotlight, but given her relationship with Ben Affleck, that's where she finds herself. As she admitted in a candid interview with Elle, she's still getting used to the attention. "It's strange to me," she said (via People). "My entire career has been behind the camera, and that's definitely where I'm most comfortable. I'm a producer, I'm a mom, a friend. Being considered a public figure honestly makes me laugh." Joking that her new position in the entertainment news cycle means, "Someone thinks about you for one minute and then says, 'What do I want for lunch?" she went on to explain that she's been on a self-improvement kick recently and has learned a lot from shifting her focus. "I've put a lot of time in the past two years into just making myself better internally," she said. "Self-love means something. I thought it was all a joke for a long time. It's really important. Giving yourself a break is really important." Judging from some of the other stories that came up in the feature, it seems Lindsay's work ethic likely contributed to that need for a break. Kristen Wiig, who's now close friends with the producer, credited Lindsay with getting her "SNL" audition tape into the right hands. "Auditioning for SNL is a very nerve-racking experience, and Lindsay and I clicked. She kind of talked me down a little bit — I was very nervous. She was with me through the whole process; I'll never forget that," said Kristen, adding that her pal is also "fun to get a drink with" and a great dancer. As for her work/life balance, Lindsay said she was promoted the same day she found out she was pregnant — not things she thought would happen at once. The day she welcomed her daughter into the world five years ago, she said she worked at "SNL" for 14 hours first: "I wore heels and a dress, and at the end of the show, I remember Lorne [Michaels] looked at me and was like, 'You going to the party?' I was like, 'No, Lorne. I'm gonna go have a baby now.'" After six weeks at home with her daughter, she returned to the show. "I was surprised at how healing going back to work was for me, in the way of, like, this is who I am. I'm not just a mom," she recalled. "It reminded me of what I'm good at and what made me feel good."

Jenna Dewan is still waiting for her work on "World of Dance" to yield the secrets that make Jennifer Lopez such an amazing performer. She does not, however, expect to wait much longer for J.Lo and her boyfriend, Alex Rodriguez, to get engaged. "I mean, I'm sure that's happening," Jenna assured ET at the the NBC Upfronts in New York City on Monday, May 14. Jenna and Jennifer's co-star, Ne-Yo agreed. "If you've ever seen the two of them together, it's pretty much the next step. They're, like, annoyingly cute," he said. "Like, stop touching each other." While the world waits for the combined cuteness of J-Rod to subside, Jenna, who says she's "looked up to [Jennifer] my whole life," is focused on another key matter. "I need her secret. I'm telling you, half the reason I did this show was to find out Jennifer's secrets and I have not done it yet," Jenna quipped. "I think it's just natural, which is the most annoying part of it all. She just like kills it. She can still own a stage. Ugh, she's everything!"

Donald Glover: Recording 'The Lion King' with Beyonce has been 'intimidating'

What's it like to work with Beyonce on the heels of her game-changing Coachella appearances? For Donald Glover, who voices the part of Simba opposite Bey's Nala in Disney's forthcoming live-action production of "The Lion King," "it's a little intimidating." The two play BFFs who eventually fall in love and marry — or, at least, their voices do. And while Donald tells ET he's enjoyed working on a project where " everybody who's involved is a fan," recording with Beyonce already sounds like it's been intense. "Just hearing her do it," he says, "it's been like, 'Man, this is a really special thing.'" "The Lion King" remake is due out next summer.

Aziz Ansari quietly went back to work this week. The comic has been laying low since he was accused in January of misreading "cues" that a woman he was on a date with did not want to get physical with him. (According to her, he removed her clothes and touched her sexually; he has denied any wrongdoing, saying in a statement, "We went out to dinner, and afterwards we ended up engaging in sexual activity, which by all indications was completely consensual.") Page Six reports Aziz performed multiple times at The Comedy Cellar in New York City over the course of five days. The sets were not advertised. Earlier this year, Louis CK caught a friend's show at the The Comedy Cellar, marking one of the first times he was seen in public since being hit with sexual misconduct allegations.

It seems we've yet to hear the last of Ronan Farrow's reporting on sexual misconduct in Hollywood and on Capitol Hill. The publisher Little, Brown and Company announced this week that Ronan, whose exposes on Harvey Weinstein and New York Attorney General Eric Schneiderman were key in their exits from positions of power in their industries, has a new book in the works called "Catch and Kill." The book focuses on Ronan's fact-gathering missions connected to the harassment and assault scandals and, according to a press release excerpted by Jezebel, "some of the most astonishing disclosures about what he uncovered are still to come." 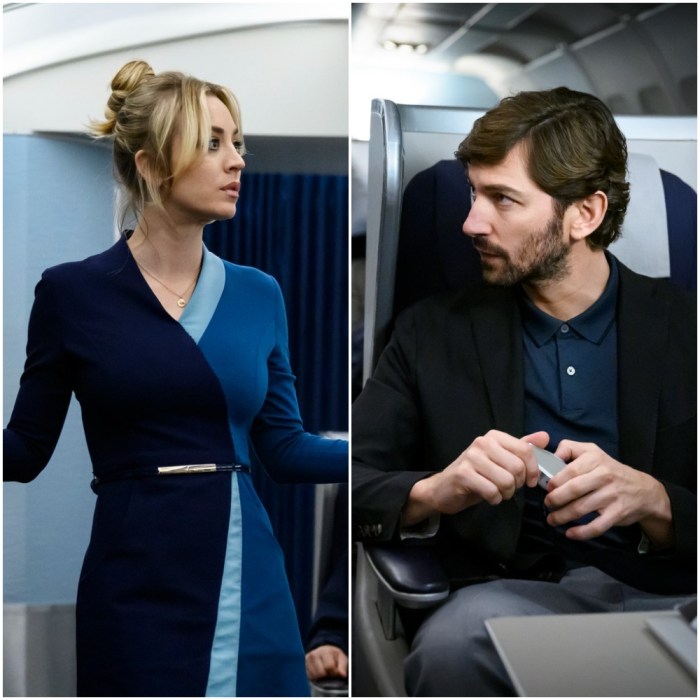