Kylie Jenner is 'blowing off' rumors her bodyguard is Stormi's father

Stormi Webster can't catch a break in the rumor mill lately. On the heels of social media chatter suggesting Tyga is the father of Kylie Jenner's baby, rather than Travis Scott, a new round of rumors claim Kylie's attractive bodyguard (OK, he's kind of smoking) Tim Chung is the baby's daddy. Tyga already shut down the rumors about his involvement with his ex's daughter, posting "I've never said anything about someone else's child or family insinuating my involvement; and will never do so. Please, Stop spreading false stories and attacking people's families." As for the Tim whispers? Kylie's "blowing [them] off," because they're unfounded, according to TMZ. The website's sources says she and Tim have never been physically involved. Judging from Kylie and Travis' cute coupled-up Met Gala pics, they're doing just fine.

Kendra Wilkinson sends Instagram 'SOS' as she deals with divorce

In the wake of her divorce news, Kendra Wilkinson is looking to her social media followers for company, fun and maybe a boost in her self-confidence. "Just posting random selfies and saying hello to u all," she wrote on Instagram alongside a breezy, low-key selfie on Tuesday, May 9. "Been trying to take care of myself lately," she added. "My mental, emotional n physical well being. Kids come first at all time but mama needs some fun rt now. I need a little kick in the a–. SOS." The post comes on the heels of her divorce filing, amid reports she continued having trust issues throughout the end of her marriage.

They maintain they're just friends (BFF's, actually) but what's really going on between Emma Stone and Justin Theroux? Last week the two were spotted around New York City together, but everything looked friendly. Then, though, the two were photographed leaving Rihanna's 2018 Met Gala after-party at the Up & Down Club together. A source told E! News that they arrived together, too. They "were together all night" inside the party, the source added. It should be mentioned that the duo starred in the Netflix series "Maniac" together. Also, in April, Justin and Emma posed for a photo with Queer Eye's Jonathan Van Ness. Perhaps knowing that rumors would arise because of the photo, Justin captioned the image, "Bffffffs. And yes. JUST bfffffs."

Ronnie Ortiz-Magro's girlfriend, Jen Harley, was barely out of the hospital following the birth of their child this spring when she and Ronnie publicly accused one another of cheating. While some outlets are reporting the "Jersey Shore Family Vacation" stars are trying to work things out, a source tells InTouchWeekly Ronnie wants to know for sure that the little girl is his. "They had only been dating for a few months when Jen discovered she was pregnant. Pals are telling him to get a paternity test," says the source, adding that if the baby is his, "he will honor his commitment" as the father. "He feels so angry and betrayed right now. He's determined to go through with [the test]."

Cardi B drops major hints about her baby's gender

Is Cardi B having a girl? It sure sounded that way during two chats with reporters before the Met Gala this week. Speaking to the New York Times, the rapper, who's expecting her first child with boyfriend Offset, said, "Shorty weighs three and a half pounds," when asked about the weight of her dress combined with the added weight from her pregnancy (via People). "She do," Cardi said. "She do weigh three and a half pounds. That's pretty good for seven months, right? Because I was born five pounds." Cut the red carpet, where ET asked similar questions about the potential conflicts between her Met Gala fashion and baby weight. "Oh, she wants to fight me!" Cardi joked. "[My dress weighs] about 35 pounds plus baby. It's OK though, I used to go up the project stairs."

It seems Miley Cyrus was channeling her wilder days of yore a bit leading up to the Met Gala. According to Page Six, the Stella McCartney-clad singer arrived without her main squeeze Liam Hemsworth at the affair and happily chatted with friends about secretly wishing she could have skipped the gala. "She said that she'd gone out the night before and drank too much and then she ate Indian food," said another partygoer, adding that the grisly combo resulted her snoozing in what she described as "a pool of my own vomit." Based on a Snapchat video later shared by Kim Kardashian West, she overcame her booze and food misdeeds and ended up keeping the party going by treating other guests at the bash to her own rendition of "Jolene." Way to get back on the horse, there, girl.

Harvey Weinstein will be allowed to access personnel files and emails from his Weinstein Company tenure as a means of producing new evidence to defend himself amid multiple sexual assault investigations and TWC's bankruptcy filing. Deadline reports that while TWC asked to have the motion dismissed because of the cost of producing and redacting the necessary information, the former producer said he would reimburse the estimated $750,000 the process could cost. He also said he'd only ask for files that fit within limited search terms.

Mark Wahlberg has a priest bless his new casino

Mark Wahlberg's new casino might offer gambling and booze, but it apparently will have the blessing of the Catholic church. According to Page Six, Mark had a priest bless Ocean Resort Casino, which is slated to open June 28 in Atlantic City, N.J., over the weekend. The space is currently being renovated and is expected to house a Wahlburgers chain restaurant as well as a nightclub called HQ. When Mark brought the priest to the site to pray for its … um, sanctity … he reportedly wore a blinged-out crucifix.

Olivia Munn has just won the daughter of the year award after surprising her mom with a remodeled house for Mother's Day. The Oklahoma home has been in Olivia's family since 1975. "My mom loves entertaining," Munn told Us Weekly. "Her house is where everyone comes to eat, whether it's a Monday or Thanksgiving. I wanted to update the kitchen so she can use it to its full potential." It took a lot of work, but it was all worth it. "My mom was in awe and shock!" Olivia said. "I really wanted to thank her for being so supportive of my dreams over the years and this renovation was a way for me to give something meaningful to her."

Single mom to a 'charismatic' son

Jewel and her ex-husband Ty Murray split in 2014, but she's figuring out how to go about life as a single mom to 6-year-old son, Kase."I hope my son sees that it's OK to not have all the answers," she told In Touch. "More than being perfect, our children need to understand the importance of being kind to ourselves, and being a work in progress." The singer-actress isn't opposed to her son following in her footsteps either. "He's very funny, he's charismatic, but I don't know if it's in his blood," Jewel said, adding that he's "certainly capable" of being a performer. "Your job as a parent is to try to let them experience as many things as they can so they're able to stumble across what they're passionate about." 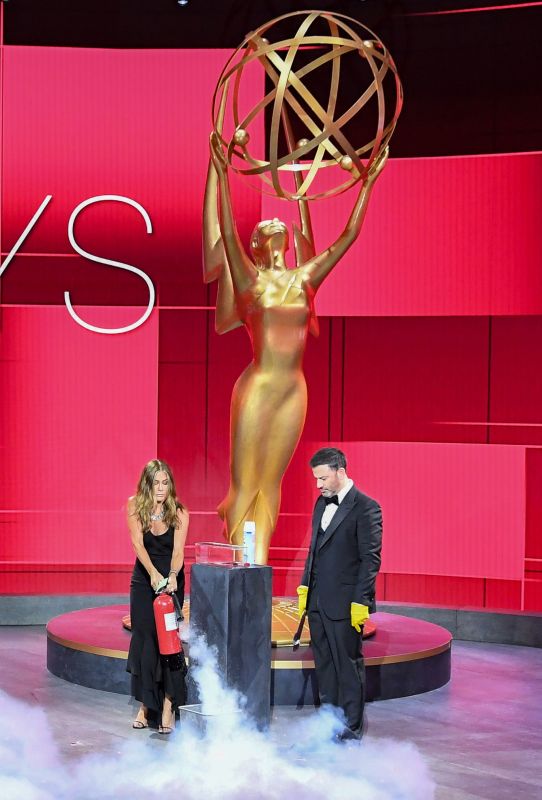