It's nearly time for the stars to don their finest duds — the Golden Globes are taking place on Jan. 8, 2017! So what have the nominees been up to before their big night? Natalie Portman checked her phone while on a walk in Los Angeles toward the end of 2016. Keep reading to see the other nominees out and about ahead of the telecast!

Nicole Kidman soaked up the sun with her daughter over the holidays in Sydney.

RELATED: Most memorable moments of Golden Globes past

Amy Adams promoted her flick "Nocturnal Animals" at "The Late Show with Stephen Colbert" in New York City at the end of 2016.

Ruth Negga promoted her Golden Globe-nominated film "Loving" on the "Today" show in New York City during the fall of 2016.

Jessica Chastain gave a wave while out in New York City during the holiday season.

Jonah Hill showed off a slimmer physique while out and about in Los Angeles prior to the award season kickoff.

"Jane the Virgin" nominee Gina Rodriguez stopped by "Good Morning America" in the fall of 2016.

Ryan Reynolds stepped out in New York City before Christmas.

Liev Schreiber went for a ride on his Vespa scooter in New York City before award season officially got underway.

Sarah Jessica Parker stopped by Bloomingdale's in New York City before the holidays.

Before the holidays, Michelle Williams held hands with bestie Busy Philipps while shopping in Beverly Hills.

Nominated for "The People v. O.J. Simpson: American Crime Story," Sarah Paulson was busy working on another project — "Ocean's 8" — in New York City at the end of 2016.

"This Is Us" nominee Mandy Moore stepped out with boyfriend Taylor Goldsmith in Hollywood over the holidays.

Colin Farrell did promotional duties in late 2016, making a stop at "Jimmy Kimmel Live!" in Hollywood.

Hailee Steinfeld stopped by "CBS This Morning" in New York City right before the holidays.

Denzel Washington stepped out for some shopping in Los Angeles in late 2016.

Naomie Harris was pretty in pink while leaving "Good Morning America" in New York City ahead of awards season.

"The Girlfriend Experience" star Riley Keough grabbed dinner with her husband in Los Angeles before the holidays.

Keri Russell got some grocery shopping done in New York City ahead of awards season.

Andrew Garfield stopped by "Jimmy Kimmel Live!" as he made the promotional rounds to support his Golden Globe-nominated flick "Hacksaw Ridge" before award season began.

Casey Affleck stopped by "Jimmy Kimmel Live!" to talk about his film "Manchester By the Sea" in late 2016.

Natalie Portman stepped out for lunch in Los Angeles' Los Feliz neighborhood before the New Year. 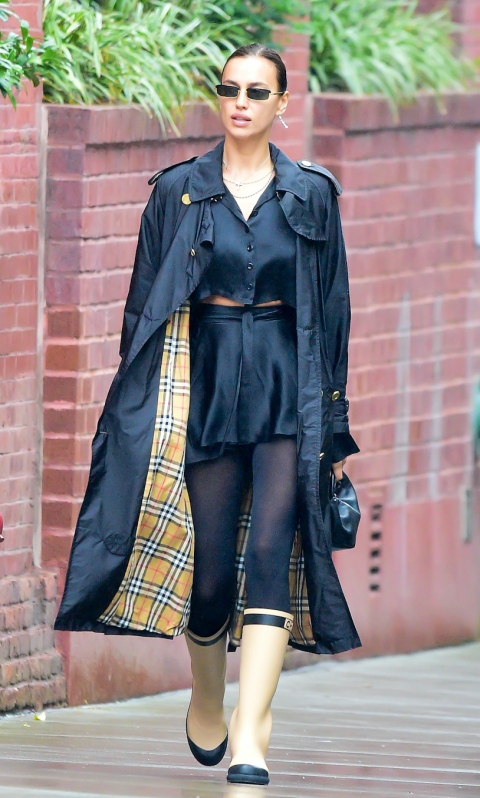 Up Next Big Apple Style