Jessica Alba — who just announced her third pregnancy — was seen arriving back at LAX Airport in Los Angeles with daughters Honor and Haven Warren on July 24, 2017.

Jared Leto and a mystery woman were seen arriving at JFK Airport in New York City on July 24, 2017.

Jennifer Aniston looked gorgeous and happy as she arrived for Jason Bateman's Hollywood Walk of Fame Star Ceremony in Hollywood on July 26, 2017.

Selena Gomez and boyfriend The Weeknd were spotted leaving lunch after celebrating her birthday in Los Angeles on July 23, 2017.

The handsome trio of Rob Lowe and his two sons, John Owen and Matthew Lowe, posed for a photo while out promoting their new show, "The Lowe Files," in New York City on July 24, 2017.

Denzel Washington waited for the valet after having dinner at hotspot "The Nice Guy" in Los Angeles on July 26, 2017.

"Game of Thrones" star Gwendoline Christie was all smiles while speaking to fans at Comic-Con in San Diego on July 23, 2017.

Olympian Michael Phelps was spotted on the set of "Good Morning America" while promoting Discovery Channel's Shark Week — and his race with a Great White Shark — in New York City on July 20, 2017.

Bindi Irwin and little brother Robert Irwin were seen running as they filmed outdoors in Melbourne, Australia, on July 20, 2017.

Singer Christina rode a WaveRunner in Miami on July 22, 2017.

Priyanka Chopra flashed a peace sign between scenes on the set of "Isn't It Romantic" in New York City on July 22, 2017.

Dutch model Doutzen Kroes showed us why she is a legend in the industry as she enjoyed a yacht day in Saint-Tropez, France, on July 25, 2017.

Jada Pinkett Smith was seen arriving at Global Radio and BBC Studios in London to promote her new film, "Girls Trip," on July 24, 2017.

Rapper 2 Chainz wore an unusual outfit while out and about in New York City on July 24, 2017.

Olivia Munn was spotted wearing thigh-high boots while arriving at an airport in Vancouver on July 24, 2017.

"Full House" star Lori Loughlin was all smiles as she headed to dinner in West Hollywood on July 26, 2017.

Ashley Graham stopped by the AOL Building looking like a million bucks while in New York City to promote her latest project on July 26, 2017.

Prince William and adorable son Prince George were spotted arriving in Warsaw, Poland, for the royals' European tour on July 17, 2017.

Victoria's Secret Angel Romee Strijd enjoyed the sun while at the #REVOLVEINTHEHAMPTONS party in New York's Hamptons enclave on July 4, 2017.

Victoria's Secret Angel Taylor Hill and model Daphne Groeneveld were seen out with friends while enjoying the sun in Saint-Tropez, France, on July 23, 2017.

Sports Illustrated model Hailey Clauson and boyfriend Julian Herrera were spotted having some fun in the sun in Miami on July 21, 2017. 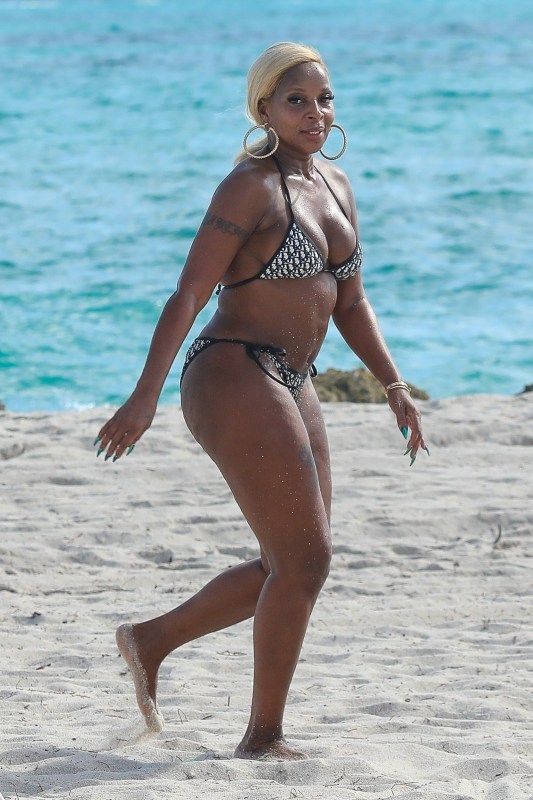