Happy Mother's Day, Cameron Diaz! The star kicked off 2020 with a big announcement: She and husband Benji Madden welcomed their first child, daughter Raddix Chloe Wildflower, in late December. Join Wonderwall.com as we take a look at Cameron and more stars who are celebrating their very first Mother's Day in 2020. Keep reading for more…

RELATED: Stars who had babies in 2020

Another star getting a Mother's Day gift for the first time this year? Model Ashley Graham, who welcomed son Isaac with husband Justin Ervin in January.

In April 2020, Jodie Turner-Smith and Joshua Jackson welcomed their first child, a daughter. They've yet to publicly share her name.

Maren Morris welcomed son Hayes in March 2020 and shared this sweet photo with fans to announce his arrival. The little guy is her first child with husband Ryan Hurd. The singer later opened up on Instagram about her tough delivery, sharing that she had an emergency C-section after 30 hours of labor.

Chloe Sevigny gave birth to her first child, a son, with her art gallery director boyfriend, Siniša Mačković, in early May.

Topanga is a mom! "Boy Meets World" alum Danielle Fishel gave birth to her first child with husband Jensen Karp, son Adler, in June 2019, which makes this Mother's Day her first as a mama.

Kate Mara will be celebrating her first Mother's Day in 2020. The actress welcomed a daughter late in May 2019 with husband Jamie Bell.

Music star Grimes became a first-time mom just a few days before Mother's Day 2020 when she welcomed son X Æ A-12 Musk with her boyfriend of about two years, Tesla and SpaceX CEO Elon Musk.

Singer Cassie will also be celebrating her very first Mother's Day as she welcomed daughter Frankie with hubby Alex Fine in December 2020.

"Shahs of Sunset" star Golnesa "GG" Gharachedaghi welcomed her bundle of joy into the world in April just a few weeks before her first Mother's Day. The reality star has been open about having son Elijah Javad Gharachedaghi via IVF with the help of a sperm donor.

Natalie Imbruglia is a new mom! The star announced the arrival of her son — Max Valentine — in October 2019. She told fans in an Instagram post that he was conceived via IVF with the help of a sperm donor.

"Crazy Ex-Girlfriend" star Rachel Bloom welcomed a daughter in April 2020. The bundle of joy is her first child with hubby Dan Gregor.

Danielle Brooks, who's best known for her work on Broadway and on "Orange Is the New Black," joined the mommy club in November 2019. She welcomed a daughter, Freeya, with boyfriend (now fiancé) Dennis Gelen that month.

Country singer Cam is a new mom! The singer gave birth to her first child, daughter Lucy, in December 2019. She shares the tot with hubby Adam Weaver.

Former "Dancing With the Stars" pro Karina Smirnoff will experience her very first Mother's Day as a mama this year. The dancer announced the arrival of her first child — son Theo Gabriel — in April. Though she's remained mum on his dad's identity, reports reveal it's dancer Justinas Karinochka.

Former "The Real Housewives of Miami" star Joanna Krupa welcomed her first baby in November 2020. The reality star gave birth to daughter Asha-Leigh, whom she shares with husband Douglas Nunes.

Though she typically keeps her private life private, singer-songwriter Sia told GQ magazine in January 2020 that she'd recently adopted a child. No details about her new family member have been released, but this will mark her first Mother's Day.

"The Flash" actress Danielle Panabaker is a first-time mom: She and her entertainment lawyer husband, Hayes Robbins, revealed in April that they'd welcomed their first child.

There might be lots of kids in reality TV's Duggar clan, but this is the first time "Counting On" star Abbie Burnett — who's married to John David Duggar — will get to celebrate Mother's Day as a mama herself: She gave birth to her first baby, daughter Grace Annette, on Jan. 7.

Model Iskra Lawrence welcomed her first child, a daughter whose name she's yet to release, with boyfriend Philip Payne in April 2020. 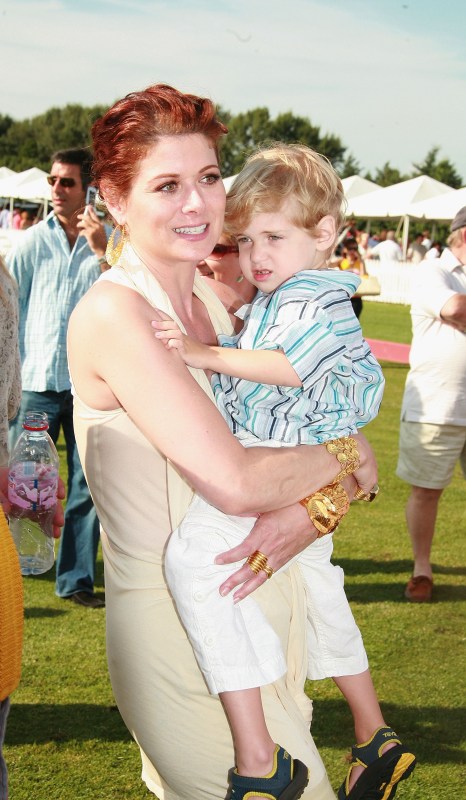