Remember a show called "Bosom Buddies"? Did you catch the first run of a TV movie called "Mazes and Monsters"? Tom Hanks, who starred in both of those for-the-ages projects, is now a certified A-list star. In celebration of Tom's 62nd birthday on July 9, 2018, Wonderwall.com is taking a look back at some historical photos of the biggest — and most likable — Hollywood movie star in history. Keep reading for a nice trip down memory lane…

Tom Hanks hasn't always been married to Rita Wilson: He wed actress Samantha Lewes in 1978 before he made it big (they're seen together here in 1983) and by 1987, they were divorced. See, even his failed marriage lasted longer than most in Hollywood! They also have two kids together, actor Colin Hanks and writer Elizabeth Hanks. Samantha lost her battle with bone cancer in 2002.

Ah, yes, there's the good stuff. "Bosom Buddies," a sitcom with a shaky premise (cross-dressing to get cheap rent!), only lasted a couple seasons, but if you go back and watch it now, you can see Tom Hanks brimming with potential. He landed that role in 1980, and it wouldn't take Hollywood long to figure out that he could be way more than a sitcom cut-up.

RELATED: Who's won the most Academy Awards?

In 1984, Tom Hanks starred opposite sexy mermaid Daryl Hannah in "Splash." The comedy was a big hit, and Tom proved he had a rare talent — the ability to play a normal guy who's also a leading man. Who also gets the super-beautiful naked mermaid.

Tom Hanks is seen here with Jared Rushton, the young actor who played his best friend in the 1988 movie "Big." This was another huge hit, not to mention a timeless film, and Tom scored his first Oscar nomination for his performance in the flick. Nobody plays a giant kid better than Tom Hanks. We're talking to you, Adam Sandler.

Tom Hanks and Rita Wilson, who met on the set of "Bosom Buddies" and co-starred in 1985's "Volunteers," are seen here at the 1987 AMPAS Governors Ball following the Oscars. They tied the knot in 1988. And they're still going strong, gazing down benevolently on the lesser mortals of Tinseltown. If they ever break up, our planet will explode into tiny fragments. They have two adult sons, Chester and Truman.

Life is short, and it's hard to get to be really good at even one thing. Tom Hanks, though, has plenty of tricks up his sleeve: He proved his dramatic chops, playing a gay attorney with AIDS in 1993's "Philadelphia." Here he is hoisting the Oscar he received for that performance. Of course, that would be far from his last award.

Let's not forget that in 1993, Tom Hanks also starred in a little charmer called "Sleepless in Seattle" alongside Meg Ryan. Here he is with co-star Rob Reiner.

Run, Forrest, run! What else is there to say? In 1994, Tom Hanks starred in the epic "Forrest Gump" and scored another Oscar for it the following year.

Next up, Tom Hanks starred as astronaut Jim Lovell in 1995's "Apollo 13." The movie was a huge box-office success, grossing over $355 million on a $30 million budget! "Apollo 13" was also nominated for nine Academy Awards including best picture. It ultimately won for best film editing and best sound.

Also in 1995, Tom Hanks starred in one of the most popular animated films of all time: "Toy Story." Tom voiced the iconic Sheriff Woody and the movie went on to earn over $373 million at the worldwide box office and three Academy Award nominations (including best original screenplay) and spawn multiple successful sequels.

In July 1998, Tom Hanks was honored with a hand and footprint ceremony outside Hollywood's famed Chinese Theatre. Wife Rita Wilson was by his side.

Tom Hanks earned his fourth best actor Academy Award nomination for his work in 1998's "Saving Private Ryan." Tom starred as a WWII Army Rangers captain leading his squad to find a paratrooper who's the last living brother of four soldiers. The heartfelt Steven Spielberg film — one of the best war movies ever made — was also a box-office hit, earning $481 million worldwide.

A few months after 1998's "Saving Private Ryan" hit theaters, Tom Hanks re-teamed with Meg Ryan for the December 1998 rom-com "You've Got Mail." It would mark the pair's third of four on-screen collaborations.

Here's Tom Hanks and Rita Wilson looking fabulous and absolutely normal at the same time at the premiere of "Cast Away" in 2000. Tom received his fifth Oscar nomination for his work in the flick.

"Hey, Steve, could you hand me that award? Yeah, thanks buddy." In 2002, Tom Hanks became the youngest ever recipient of AFI's Lifetime Achievement Award. When you're in your 40s, and people are handing you lifetime achievement awards… Geez, Tom, pump your brakes.

In 2006, Tom Hanks starred with Audrey Tautou in "The Da Vinci Code" — they're seen here together at the Cannes Film Festival that year. The movie made $758 million at the worldwide box office, but we can't quit staring at Tom's hair.

In 2007, Tom Hanks starred in the wonderful "Charlie Wilson's War," but more importantly, here he is at that movie's premiere hanging out with his mom, Janet Turner. Tom Hanks. With his mom.

In 2008, Tom Hanks co-starred with son Colin Hanks in "The Great Buck Howard." Here they are together at the 2008 Sundance Film Festival.

In 2010, Tom Hanks reprised his role as Sheriff Woody in the critically acclaimed "Toy Story 3." The film was the first animated movie to cross the $1 billion mark and was the highest grossing animated film of all time until it was surpassed by "Frozen" in March 2014.

In 2013, Tom Hanks starred in "Captain Phillips," which was nominated for a slew of Oscars. Rita Wilson's dress exploded with pride on the red carpet at the film's London premiere.

In 2015, Rita Wilson opened up about her breast cancer diagnosis and double mastectomy. "I feel blessed to have a loving, supportive husband, family, friends and doctors," Rita said at the time. "And that I am the beneficiary of advances in the field of breast cancer and reconstruction. I am getting better every day and look forward to renewed health." By the end of the year, Rita had bounced back and felt like her health was in a fantastic place — in large part thanks to Tom's unwavering support.

Steven Spielberg and Tom Hanks teamed back up for the 2015 flick "Bridge of Spies." It grossed more than $165 million and picked up six Academy Award nominations — making it a major box-office success (and critics loved it too).

Tom Hanks' son Chet Hanks opened up about his struggles with sobriety after completing rehab in the summer of 2015. That fall, the rapper — who used to go by the name Chet Haze — took to Instagram to reveal he was doing well after seeking help for an addiction to cocaine and crack. Tom has said he's proud of his son for tackling his demons head-on. "As a parent, you love your kids unconditionally," Tom said. "You support them every step of the way."

Director Clint Eastwood and Tom Hanks joined forces for the 2016 drama "Sully" — which tells the story of Chesley "Sully" Sullenberger, the heroic pilot who landed a commercial airliner on the Hudson River in 2009. The film received positive reviews from critics and grossed over $240 million worldwide.

Tom Hanks reprised his role as Dr. Robert Langdon in 2016's "Inferno." The movie, which co-starred Felicity Jones, was the third installment in the "Da Vinci Code" film series — a trilogy that has grossed almost $1.5 billion worldwide!

Tom Hanks became a grandfather for the third time in 2016 when son Chet Hanks welcomed a daughter, Michaiah, with an ex. Chet shared the news on Instagram, crediting his daughter for being the inspiration behind his sobriety. "I want to share something today because it's about to be shared in the press — which is the fact that I have a daughter. I do have a daughter. She's the reason I'm sober. I've been sober a year and a half. From everything," he wrote. Tom's eldest son, Colin Hanks, also has two girls: Olivia and Charlotte.

In 2017, Tom Hanks starred alongside Emma Watson (pictured with him at that year's Tribeca Film Festival), John Boyega and Bill Paxton in the techno-thriller film "The Circle." The flick grossed just $40 million worldwide.

Tom Hanks starred alongside fellow A-lister Meryl Streep in 2017's "The Post." The Steven Spielberg film was critically acclaimed and earned a slew of Oscar and Golden Globe nominations including a Globe nod for Tom for his portrayal of Washington Post editor Ben Bradlee.

On April 30, 2018, Tom Hanks and Rita Wilson celebrated their 30th wedding anniversary! The star publicly commemorated the milestone with an Instagram post showing cardboard cutouts of Rita and himself from their wedding and today. "30 years on April 30. '88 To '18. Magic numbers," he captioned the photo. (Tom and Rita are seen here just a few months earlier in January 2018.)

Tom Hanks is also set to play beloved children's TV host Fred Rogers in the upcoming Mr. Rogers biopic "You Are My Friend." The movie is set to hit theaters on Oct. 18, 2019. 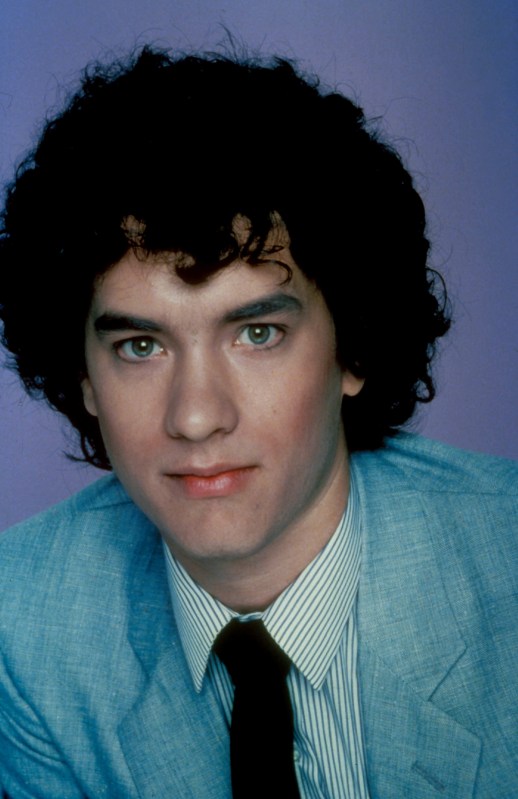 Up Next Life in Pictures