In honor of what would have been Elvis Presley's 86th birthday on Jan. 8, 2021, Wonderwall.com is taking a look back at all the actors who've played the King of Rock 'n' Roll on the big and small screens… starting with Kurt Russell in the 1979 TV movie "Elvis." The project, which was released nearly two years after Elvis's death at 42, covered the King's early life and career and ultimately earned a Golden Globe nomination and two Primetime Emmy nods. Kurt's critically acclaimed performance also earned him his first (and still only) Emmy nomination. Keep reading to see more stars who've stepped into Elvis's blue suede shoes…

In July 2019, filmmaker Baz Luhrmann announced that he'd cast actor Austin Butler to play Elvis in an untitled 2021 biopic that will center on the King and his manager, Colonel Tom Parker (played by Tom Hanks).

Technically, Nicolas Cage didn't play Elvis in the 1992 romantic comedy "Honeymoon in Vegas." However, he did play Jack Singer, a desperate gambler who joins up with a troop of parachuting Elvis impersonators for a wild night of adventure while on a mission to win back his fiancée, played by Sarah Jessica Parker. Fun fact: Nic happens to be a huge Elvis fan in real life and, for a brief time, was married to Elvis' daughter, Lisa Marie Presley.

There was another superstar Elvis impersonator in the 1992 romantic comedy "Honeymoon in Vegas." Singing "Can't Help Falling in Love," this little crooner grew up to be a modern music superstar who's best known today for singing his own hits like "24K Magic" and "Just the Way You Are." If you guessed Bruno Mars, you'd be right. The young entertainer actually made his acting debut in the film when he was just 5 years old!

An Irish Elvis? In the 2005 TV miniseries "Elvis," Dublin-born actor Jonathan Rhys Meyers took on the titular role as the King of Rock 'n' Roll. The two-part series focused on Elvis' early life in Mississippi as well as his meteoric rise to fame. The project earned six Emmy nominations and three Golden Globe nods, with Jonathan ultimately winning the Globe for best performance by an actor in a miniseries.

In 1998's "Finding Graceland," Harvey Keitel starred as a very much alive Elvis Presley, who claimed he staged his own death. Co-starring Bridget Fonda and Johnathon Schaech, the film about a young widower's grief-driven road trip was actually produced by Elvis' ex-wife, Priscilla Presley, and included a scene shot in Elvis' famed Graceland mansion. Fun fact: Priscilla is working with Netflix on a new animated series called "Agent King" that features a cartoon Elvis who also happens to be a secret agent. No word yet on who will voice the King or when the series will debut.

We couldn't make this one up if we tried. In the 2002 comedy-horror flick "Bubba Ho-Tep," actor Bruce Campbell played an aging Elvis in a nursing home who, alongside an African American JFK (played by Ossie Davis), fights an evil Egyptian mummy who sucks people's souls… through their butts. The wacky film earned Bruce a best actor award at the US Comedy Arts Festival.

In the 2016 historical comedy "Elvis & Nixon," actor Michael Shannon took on the role of Elvis Presley at the start of the swinging '70s. The movie — which is about the real-life meeting between President Richard Nixon and Elvis in the Oval Office, where Elvis asked to be made "a federal agent at large" due to his belief that he could positively influence the war on illegal drugs — co-starred Kevin Spacey as the president.

In the 2007 musical comedy "Walk Hard: The Dewey Cox Story," White Stripes frontman Jack White (left) played a fictionalized Elvis Presley. The movie followed Dewey (played by John C. Reilly, right) on his journey to become a music legend with a little help from his friend Elvis. The film earned two Golden Globe nominations and even a Grammy nod for best song written for a movie for the track "Walk Hard."

Although the 2005 biopic "Walk the Line" told the story of Johnny Cash (played by Joaquin Phoenix) and his relationship with his future wife, June Carter Cash (Reese Witherspoon), Elvis Presley did make a few appearances. Tyler Hilton played Elvis in four scenes as he and Johnny were both signed to Sun Records for a short time. The movie won an Oscar and three Golden Globes.

In the 1981 music biography "This Is Elvis," David Scott played an 18-year-old version of Elvis Presley. The documentary, which featured actual home movies and concert reels from Elvis' life and career, was also interspersed with dramatized reenactments to chronicle moments from Elvis' childhood through his death in 1977.

Not only did David Scott (center) star as an 18-year-old Elvis in the 1981 movie "This is Elvis," but actors Paul Boensch III (left) and Johnny Harra (right) also took on the titular role. Paul played Elvis as a child growing up in Mississippi and Johnny — who looks strikingly similar to the King in this picture — played Elvis at 42, capturing moments from the last year of the singer's life before his 1977 death from heart failure reportedly exacerbated by a toxic combination of prescription drugs.

In the 1988 musical comedy "Heartbreak Hotel," David Keith (right) starred as Elvis in a fictional story about rock 'n' roll, super fans and the power of love. The movie centered on a young teenage musician named Johnny (Charlie Schlatter, left) who, in an attempt to help his Elvis-loving mom recover after a car accident, kidnaps the King with the hope of making her feel better.

In the 1981 made-for-TV movie "Elvis and the Beauty Queen," actor Don Johnson starred as Elvis during his later years in this lesser known story about the woman he loved following the end of his marriage to Priscilla Presley. The film co-starred Stephanie Zimbalist (left) as Elvis' beauty pageant girlfriend Linda Thompson, who was in a relationship with him from 1972 to 1976. (Fans today probably know Linda best as the mother of reality TV stars Brody and Brandon Jenner.)

Robert Youngblood played the King in the 1993 TV movie "Elvis and the Colonel," a biographical film about the relationship the entertainer shared with his manager, Colonel Tom Parker, the man who discovered him. Beau Bridges played the colonel and Kehli O'Byrne (right) starred as Priscilla Presley.

There is but one Elvis Presley impersonator who Elvis himself claimed to enjoy and that was comedian Andy Kaufman, who died in 1984. After beginning on "Saturday Night Live," Andy took his Elvis act — a work of art that's still hailed as one of the greatest performance pieces today — to "The Tonight Show Starring Johnny Carson" and other venues.

In the 1988 TV biography "Elvis and Me," actor Dale Midkiff took on Elvis Presley as told through the eyes of one of the people who knew him best — former wife Priscilla Presley. The movie, which was nominated for an Emmy, was an exploration of Priscilla's life with Elvis, from meeting the King when she was just 14 in 1959 through their marriage and eventual divorce before his death in 1977.

On the debut season of "Sun Records" in 2017, Drake Milligan starred as young Elvis Presley in the early days of his career as a new recording artist on the label. The series, which wove together storylines including other famous performers like Johnny Cash, B.B. King and Jerry Lee Lewis, only lasted for one season on CMT before it was canceled. 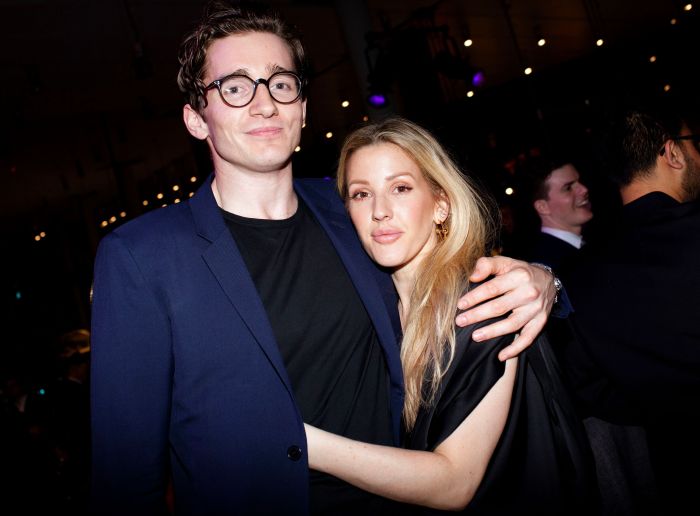