On Wednesdays, we wear pink — and Burberry. OK, to be fair, it was a Thursday when Katie Holmes' lookalike daughter, Suri Cruise, stepped out with two girlfriends in New York City. But all three girls were definitely rocking some serious rose tones as they chatted, huddled around a phone and finally hailed a cab and jumped into it. For 12-year-old Suri, whose dad is Tom Cruise, pink day meant a pink-tinged dress with flowers, pink ballet flats and a pink clutch, all topped off with a pink Burberry trench coat that retails for no less than $900, according to the New York Post. Nothing but the best for a kid who's been giving her famous mom fashion advice since age 4 …

As if we needed proof of the adorableness that is Kate Beckinsale and Michael Sheen's post-romance friendship … Kate took to Instagram on Thursday, Dec. 27, to share this shot of her ridiculously gorgeous self snuggled up against her ex. (Michael, it should be noted, was wearing a rabbit onesie that only a really devoted ex-girlfriend could love.) "So apparently there are two meanings of the word 'perineum,' one being the area of the body between the genitals and anus, and the other, the period of time between Christmas and New Year's Day," the actress captioned the shot. "I thought I had been clear we were celebrating the second," she continued, "but Michael turned up in an impenetrable onesie just in case he was ambushed by an excitable relative." It's not the first time Kate, who shares a daughter with Michael, has poked fun at him — or his more recent ex-girlfriend, Sarah Silverman. After he and Sarah split around the beginning of 2018, Kate trolled Sarah by sending her M&Ms emblazoned with a couple-y image of the comedian with Michael.

RELATED: Stars who are still friendly with their exes

Ariana Grande was planning to end her tumultuous year on a literal high note, with a performance at The Chelsea in The Cosmopolitan hotel in Las Vegas on Saturday, Dec. 29. Alas, she's not quite ready to get back onstage yet. People reports the newly single singer has canceled the show, with multiple insiders telling the magazine she's battling bronchitis. Though she appeared on "The Tonight Show" recently, the Vegas gig would have been her first performance since she split from her ex-fiance, Pete Davidson, in October.

Kevin Hart's side career as an event host remains intact after he stepped down as host of next year's Academy Awards amid controversy over old tweets featuring homophobic language. The New York Post reports the comic has landed multiple hosting gigs leading up to New Year's Eve, the latest of which is an afterparty for his Hard Rock Live standup gig in Atlantic City on Friday, Dec. 28, at the New Jersey strip club Scores. He'll also host three nights of performances by the likes of Lil Wayne and Big Sean at Drai's in Las Vegas between now and New Year's. The Academy has yet to find a replacement host for its own big night.

Here we go again … Golden Globe and Critics' Choice Award-winning actress Emily Blunt was reportedly paid less than half what her male co-star, Dwayne "The Rock" Johnson earned for their forthcoming Disney movie, "Jungle Cruise." That's according to TMZ, whose sources say The Rock's making $22 million for his lead role as Frank, while Emily earns $9 million for her female lead as Lily. In spite of the pay disparity, the two appear to be pals. Earlier this month, Emily had The Rock join her and most of the "Mary Poppins Returns" cast for what looked like a seriously indulgent meal. "Tonight we loved, laughed (hard) & celebrated with tequila 🥃 with fine wine🍷with the cast of MARY POPPINS RETURNS," The Rock captioned a photo of the whole group from the evening. After shouting out the folks in the pic for their "great hang," he joked, "And of course, the woman of the hour who unfortunately has to put up with my spoonful of sugar and cheese all night long, Mary Poppins herself – Emily Blunty Blunt. Love this crew. Good humans… all except the big, brown, bald tattooed fella."

Jenelle Evans' husband, David Eason, is starting the new year with some legal problems. According to E! News, police in Wilmington, North Carolina, have confirmed the former reality star is due in court in late January after receiving a criminal summons for tampering with a vehicle and causing injury to personal property. The vehicle was evidently a truck David towed illegally this month after finding that its driver had blocked David's boat in. He posted a video of himself moving the truck. "Learn the right way to deal will a——- who think it's cool to block you in a parking space," he wrote in a blurb on the clip, according to E! "Good thing my trailer has a folded tongue that allowed me to get my truck out so I can tow him out of the way, in order to move my boat," he added. A few days later, Terry Hill told local news station WECT he was filing charges against David. A social media user asked the local police department about the incident, calling David their "golden boy" and asking what was being done about his apparent infraction. "Eason was served with a criminal summons for tampering with a vehicle and causing injury to personal property," the police department replied on Twitter. "The next step is for Eason to appear in court. And, just for clarification, this is the first instance of Eason breaking the law within our jurisdiction." David was fired from "Teen Mom OG" for making homophobic and transphobic comments online. In October, police responded to a call from Jenelle in which she said he'd assaulted her. Jenelle's mother has also expressed concern about David's violent outbursts.

On Thursday, Dec. 28, Lin-Manuel Miranda arrived at LMM Airport in Puerto Rico, where he's set to reprise his starring role in "Hamilton" in what he has said repeatedly is a fundraising effort for the hurricane ravaged U.S. territory. His father, who was born and raised on the island (Lin-Manuel spent time there but is from New York City) joined him at the airport ahead of what's become an increasingly controversial theatrical production. "Our goal is to raise money for arts on the island so that the arts can recover as other sectors of Puerto Rico life recover. We'll have 10,000 $10 tickets on the island via lottery that we're just holding. Every Wednesday matinee is all $10," Lin-Manuel said recently, according to JustJared. "It makes me very emotional to talk about. I knew if 'Hamilton' was going to get to go to Puerto Rico in any way shape or form, I'd want to experience that in the first person. I'd be too nervous sitting out in the house." Security concerns have forced the "Hamilton" production to find a new theater. Meanwhile, students and others have expressed concern that resources are going to an off-off(-way-off) Broadway show that could be used for more dire needs on the island. "Hamilton" runs Jan. 11 through Jan. 27, 2019, at the Centro de Bellas Artes Luis A. Ferrè theatre.

In "Bird Box," now streaming on Netflix, Sandra Bullock plays a mom trying to rescue herself and her kids from a dark force that's able to become the worst fear of anyone in its path. The character and her children are forced to be blindfolded as they try to escape, adding to the stress of the whole situation. Sandra, who worked with a blind instructor on the film to better understand things like what the blind community might hope she could convey, recently told People she identified with the character as a mom herself. "You get so good at saying no and you're so panicked about everything. You literally have to stop and say, 'Why did I just say no? Why don't we just play hooky from school one day and just go enjoy life?'" she explained. "I'm constantly having to override my fear."

The U.S. might not be done with celebrity politicians just yet. After Oprah Winfrey broke the hearts of lots of fans — and Democrats — by dismissing rumors she was contemplating a White House bid, Angelina Jolie hinted in an interview with the BBC's Justin Webb that she wasn't ruling out a career in politics — including the presidency. "If you asked me 20 years ago, I would've laughed … I always say I'll go where I'm needed, I don't know if I'm fit for politics … but then I've also joked that I don't know if I have a skeleton left in my closet," Angelina said on the network's "Today" show on Friday, Dec. 28 (via the New York Post). "I am pretty open and out there. I can take a lot on the chin. That's good. I honestly will do whatever I think can really make change." As the two discussed the actress, writer and director's work as special envoy to the UN Refugee Agency, Angelina said she valued her current ability to battle sexual violence in conflict zones and other refugee issues. "Right now I am able to work with a UN agency to do a lot of work directly with people in need. I'm also able to work with governments and I'm also able to work with militaries, and so I sit in a very interesting place of being able to get a lot done without a title and without it being about myself or my policies," she explained. Given those advantages, she said she planned to continue along the same lines "for now." Asked if she might be a contender for the Democratic presidential ticket, Angelina said only, "Thank you." Finally, when the conversation turned to Donald Trump's "America First" agenda, Angelina reiterated statements she recently made in an essay for the Economist about why it would be inhumane not to solve the global refugee crisis. "I am a patriot but I am also an internationalist and I love and value other people and other countries," she said. "To be a patriot is to be very proud of your country and even your country first but you do not think your country is better than others."

Macaulay Culkin is about to do something more ridiculous than name his band after pizza. The "Home Alone" star has vowed that in 2019 he will legally change his name to the moniker chosen by fans via online voting. The ridiculous part is the name they chose. "My middle name is something dumb. Larry? Orange? Honestly, I can't even remember it," he posted on his website in November, according to the New York Post. "So I asked you all to send some better options so I can go down to the courthouse and explain to a judge why I need to change my middle name to something cool." It was a close call, ridiculousness-wise, in the end, with top choice vote winners being Publicity Stunt, TheMcRibIsBack, Shark Week and his brother's name, Kieran. Finally, his actual first and last name won. The star announced on Christmas that he would soon officially be Macaulay Macaulay Culkin Culkin. 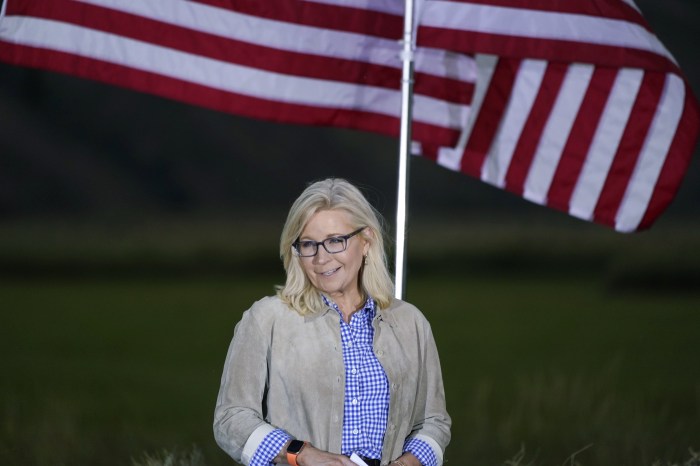 Up Next Defeat via Don