Kim Kardashian West and Kanye West long spoke openly about wanting a third child. But during her pregnancies with kids North and Saint, Kim suffered from placenta accreta, a dangerous condition in which the placenta grows into the wall of the womb and prevents it from easily detaching at the time of birth. Doctors told her that she risked death if she had another baby. So the duo turned to a surrogate, who's expected to give birth to Kimye's third child, a daughter, this winter. Keep reading to see more stars who've welcomed children via a surrogate.

Starting a family was quite a struggle for Giuliana and Bill Rancic. The couple shared their difficulties getting pregnant on their reality TV show, "Giuliana and Bill," and were very candid about their decision to use a surrogate. After Giuliana was treated for breast cancer — and declared cancer-free — the couple shared the happy news that they were expecting a baby boy (son Duke) in the summer of 2012 through a gestational carrier. "She is giving us the greatest gift we're ever getting in our lives," Giuliana told People.

RELATED: Celebs out with their cute kids in 2017

"After years of fertility struggles I give thanks today to our kind, loving surrogate for carrying her," Amy Smart wrote on Instagram on Jan. 23, 2017, one month after she and her husband, Carter Oosterhouse, welcomed daughter Flora. "Feeling so grateful to have her in my arms."

RELATED: Celeb kids all grown up: What they look like now

After Nicole Kidman gave birth to Sunday Rose, her first daughter with country star husband Keith Urban, in 2008, they turned to a surrogate to further expand their family. "No words can adequately convey the incredible gratitude that we feel for everyone who was so supportive throughout this process, in particular our gestational carrier," the powerhouse couple said in a statement after the birth of Faith Margaret on Dec. 28, 2010.

"We didn't expect it," Sarah Jessica Parker told "Access Hollywood" of how she and husband Matthew Broderick felt upon learning that their surrogate was carrying twins. "After a certain amount of time, you tend to hold your hopes at bay a bit so as not to be disappointed. One really would have been thrilling, and we would've felt incredibly lucky. And two was a comedy." And by the look of this family photo, we bet big bro James Wilkie was super-excited to meet his new sisters, Loretta and Tabitha, who were born on June 22, 2009.

Tyra Banks always wanted to be a mother, but she revealed in September 2015 that she'd struggled to get pregnant and had undergone IVF treatments. In January 2016, Tyra announced on Instagram that she and her then-boyfriend, Erik Asla, had welcomed a "miracle little boy," York Banks Asla, via a surrogate. "He's got my fingers and big eyes and his daddy Erik's mouth and chin. As we thank the angel of a woman that carried our miracle baby boy for us, we pray for everyone who struggles to reach this joyous milestone. York Banks Asla, welcome to the world," Tyra wrote.

Jimmy Fallon's wife, Nancy Juvonen, struggled for years to get pregnant. However, in July 2013, they finally got the daughter they always wanted via a surrogate. They named her Winnie Rose Fallon. The next year, they welcomed a second daughter, Frances Cole Fallon, also via a surrogate. On their struggle to conceive, Jimmy told "Today," "We tried before, we told people and then it didn't happen. And it's just really depressing. It's really hard on everybody."

Proud papas Elton John and David Furnish welcomed son Zachary Jackson Levon Furnish-John on Christmas Day 2011 via surrogacy. "I've never felt anything like it in my life," the superstar gushed to Us Weekly about what it was like holding his son in his arms for the very first time. "You're so awestruck. What can you say? You take it in. The feeling, the joy, the warmth of his body, his breathing… I will never forget that experience, ever." Then in January 2013, they became dads for a second time — reportedly using the same surrogate — when they welcomed Elijah Joseph Daniel Furnish-John.

Ellen Pompeo welcomed her second child with husband Chris Ivery, Sienna May, via a surrogate in 2014, but kept the news under wraps for several months. In speaking to Jimmy Kimmel about her surrogacy experience, she said, "This is an incredible thing to do with your life, to give the gift of carrying someone's child. I am forever grateful and feel very blessed and grateful to her — she who will remain anonymous. I was there with her when they inseminated her, and we held hands. I looked into the microscope and I saw the embryo. I saw the baby, and they put it in a thingy and they inseminated her. And then we held hands and we prayed, we talked to God, and if she was meant to be. He said he was going to try to help us out and now we have a gorgeous baby girl."

In an exclusive interview in Vanity Fair in April 2012, Ricky Martin chatted about his experience with surrogacy, which helped him welcome his handsome twins, Matteo and Valentino, in 2008. "I would give my life for the woman who helped me bring my sons into this world," he said.

Before their bitter split in 2010, Kelsey Grammer and Camille Grammer turned to surrogacy to have both of their children. The pair welcomed daughter Mason Olivia on Oct. 24, 2001, and just a few years had son Jude Gordon on Aug. 28, 2004.

"It was a womb issue for me. Embryos wouldn't implant," Elizabeth Banks told Lucky Magazine about her struggles with expanding her family and what ultimately led her to gestational surrogacy. "Our surrogate is so extraordinary, and she's still in our lives. She's like an auntie," added the actress, who along with her producer husband, Max Handelman, welcomed a son, Felix, in 2011. In 2012, they welcomed a second son, Magnus, also via gestational surrogacy.

In an August 2015 Instagram post featuring an image of her baby boy, Rockwell Lloyd, Lucy Liu revealed that she used a surrogate. Of her decision to use a surrogate, Lucy told People, "It just seemed like the right option for me because I was working and I didn't know when I was going to be able to stop. I decided that was probably the best solution for me, and it turned out to be great."

Shortly after Dennis Quaid and wife Kimberly Buffington's surrogate gave birth to their twins, Thomas Boone and Zoe Grace, in 2007, the newborns were accidentally given 1,000 times the common dosage of an anti-coagulant. But the kids are both thriving now.

Angela Bassett and Courtney B. Vance

After years of failed fertility treatments, actors Angela Bassett and Courtney B. Vance started to pursue surrogacy. "I had a dream about seven years ago that we were going to have twins. I didn't know how it was going to happen," Courtney told Oprah Winfrey. But luckily for the couple, they were able to fulfill their dream of becoming parents when their surrogate gave birth to their adorable twins, Bronwyn Golden and Slater Josiah, on Jan. 28, 2006.

"American Idol" winner Chris Daughtry's wife, Deanna, underwent a partial hysterectomy in 2006. When the couple wanted to give their two other children a sibling, they turned to a gestational surrogate — and ended up expanding their brood by two! "Deanna and I are overjoyed about this double blessing," Chris said on his website following the November 2010 birth of his fraternal twins, Adalynn Rose and Noah James.

After enduring a stillbirth at seven months gestation in 1991 and later struggling with medical difficulties following the birth of her two children from a previous marriage, Jackson and Sarah, Katey Sagal and third husband Kurt Sutter investigated alternative approaches to parenthood. "We headed down the adoption road at the same time we were investigating the surrogacy road and left it up to whatever happened first, because we weren't attached to either way," she told People. "Our surrogacy situation just fell into place really easily." On Jan. 10, 2007, the parents-to-be welcomed their daughter, Esmé Louise, through a surrogate.

Neil Patrick Harris and husband David Burtka welcomed their adorable twins, Gideon and Harper, on Oct. 12, 2010, thanks to a surrogate. "They're super-healthy and they're happy," an elated NPH told Oprah Winfrey in an interview on "Oprah's Next Chapter."

Cindy Margolis talked openly about undergoing in-vitro fertilization treatments in order to conceive Nicholas Isaac, who was born in 2002. Following the birth of her son, Cindy and her now ex-husband, restaurateur Guy Starkman, decided to go down the surrogacy road when they chose to expand their family. Their twin daughters, Sierra and Sabrina, were born on July 17, 2005.

Happy endings do come true. Especially for Tony Award-winning actress Marissa Jaret Winokur, who was diagnosed with cervical cancer in 2000 — and had to undergo a hysterectomy — shortly before securing the lead role in the Broadway hit "Hairspray." After winning her battle with cancer and marrying her husband, writer Judah Miller, the actress announced in 2008 that she was expecting her first child via a surrogate. Just four months later, the new parents helped deliver their baby boy, Zev Isaac, on July 22.

Taylor Dayne might be best known for her '80s dance hit "Tell It to My Heart," but she also made headlines when she welcomed her twins, Astaria and Levi, as a single woman on Dec. 30, 2001, after using a surrogate. 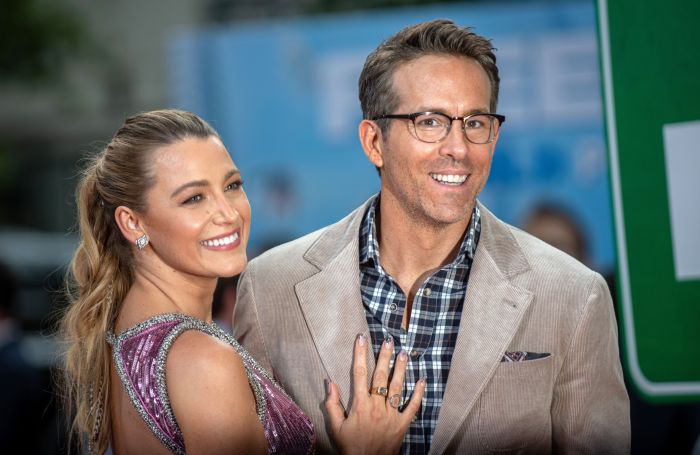 Up Next Paparazzi Slam