Fifteen years ago on June 30, 2006, "The Devil Wears Prada" premiered, introducing audiences to the elite world of Runway magazine and its demanding editrix, Miranda Priestly (played by Meryl Streep), and her mousy assistant, Andy Sachs (Anne Hathaway). The movie, which is based on the 2003 novel of the same name, is perhaps the greatest fashion film of all time. In honor of it's 15th anniversary, Wonderwall.com is taking a look at some of the most memorable movies and television shows about the fashion industry and its designers.

Keep reading to see some of the films and shows that showcase celebrity styling, the modeling world and more fictionalized high-fashion magazines…

In 2021, Emma Stone starred in Disney's "Cruella," and origin story and prequel to "101 Dalmatians." In the film, Emma plays Estella Miller, an aspiring and ambitious fashion designer in 1970s Britain who rebrands herself as Cruella de Vil as she challenges London's reigning top designer, the Baroness. The film explores Cruella's rise to fashion fame as well as her early relationship with a trio of black-and-white spotted dogs.

2001's "Zoolander" explored the life of elite male model Derek Zoolander (Ben Stiller) and the ethics of the fashion world in which he was a star. In the film, Derek is struggling with his career, competing with fellow model Hansel (played by Owen Wilson), being brainwashed to kill the prime minister of Malaysia and dealing with major familial disappointment from his father over his career choices. Throughout the movie, Derek struggles to find his purpose beyond being "really, really, ridiculously good looking."

Former J.Crew creative director and president Jenna Lyons (center) intersects home style, fashion and lifestyle on her HBO Max show, "Stylish with Jenna Lyons," which debuted in 2020. Jenna, who was once described as the "woman who dresses America," tackles style projects like renovating a friend's Brooklyn townhouse, hosting mobile fashion makeovers and designing her own new office on this documentary and competition style show.

Between 1997 and 2003, the fictionalized world of fashion magazine Blush (which was comparable to Vogue) was captured on "Just Shoot Me!" The sitcom followed the lives of the magazine's owner and publisher, Jack (played by George Segal); his writer daughter, Maya (Laura San Giacomo); former model-turned-fashion correspondent Nina (Wendie Mallick, pictured); secretary Dennis (David Spade); and photographer Elliot (Enrico Colantoni).

The 2017 film "Phantom Thread" told the story of Reynolds Woodcock, an in-demand and difficult haute couture designer in 1950s London. Reynolds — who was played by Daniel Day-Lewis in his final role before retiring — brings on Alma Elson (Vicky Krieps) as his muse. The film captures their strange relationship as they move from muse and artist to lovers to Alma harming Reynolds as a way to salvage their relationship.

Joan Rivers, Kelly Osbourne, George Kotsiopoulos and Giuliana Rancic met each week on E!'s "Fashion Police" to critique the best and worst red carpet moments following major fashion events like the Academy Awards and the Emmys. The show, which premiered on the network in 2010, starred Joan until sher untimely 2014 death. She and George were later replaced by Kathy Griffin and Brad Goreski. Following Joan's passing, her daughter, Melissa Rivers, as well as comedian Margaret Cho and reality TV star NeNe Leakes landed hosting stints on the show, but no one could ever recreate what Joan brought to the table and "Fashion Police" was subsequently canceled in 2017.

For five seasons starting in 2008, Rachel Zoe peeled back the curtain on the life of a celebrity stylist on "The Rachel Zoe Project." She shared the process of dressing stars like Debra Messing, Anne Hathaway and Eva Mendes and gave a peek into her relationships with designers like Marc Jacobs, Diane Von Furstenberg and Oscar De La Renta.

After Tim Gunn and Heidi Klum left "Project Runway," they went over to Amazon Prime to launch "Making the Cut" in 2020. The fashion competition series pits 10 international designers and entrepreneurs against each other as they all vie to win a $1 million prize along with an Amazon Fashion mentorship. The show has featured fashionable celebrities like Naomi Campbell, Nicole Richie, Chiara Ferragni and Winnie Harlow as judges.

Between 2012 and 2013, Jessica Simpson, John Varvatos and Nicole Richie mentored wannabe fashion designers on "Fashion Star." On the show, the designers presented their pieces to buyers from stores like H&M, Saks Fifth Avenue, Express and Macy's and faced elimination if their pieces were not purchased that week. The top prize was a multimillion-dollar contract to design a capsule collection for one of the retailers. The show ran for two seasons and was first hosted by Elle Macpherson and then Louise Roe.

"Bridgerton," which premiered on Netflix in December 2020, is a television show set in London high society during the Regency era in the early 1800s. The show celebrates the drama-filled world of well-dressed debutantes, wealthy aristocrats and the people who serve them, including in-demand modiste Madame Delacroix (played by Kathryn Drysdale), whose dressmaking shop is a hotbed for gossip.

In 2007, Anna Wintour allowed cameras to capture the production of Vogue's famed September issue for a documentary aptly named "The September Issue," which premiered in 2009. The doc primarily follows editor Anna and the magazine's creative director, Grace Coddington, as they put together the epic, 840-page magazine. The film also gives a peek into the highest echelons of the fashion world as it features appearances by fashion royalty like Karl Lagerfeld, Vera Wang and Jean Paul Gaultier.

When Whitney Port left reality TV's "The Hills" to star on "The City" in 2008, she gave viewers a peek into what it's like to work for a designer as she took a position under fashion designer Diane von Fürstenberg. Whitney left Diane's tutelage to dabble in public relations but eventually transitioned away from that too to work on her own fashion line, Whitney Eve.

The 2021 Netflix miniseries "Halston" tells the story of designer Halston (real name: Roy Halston Frowick), played by Ewan McGregor. Throughout the series, Halston's greatest accomplishments — like first lady Jackie Kennedy wearing his pillbox hat at her husband's 1961 inauguration and his participation in the Battle of Versailles fashion show — are showcased. Halston's lowest moments are also detailed, such as his cocaine addiction and having to design a line for JCPenney in the 1980s.

The 2004 movie "13 Going on 30" shares the sweet story of Jenna Rink (played by Jennifer Garner), a middle school student in the '80s who on her 13th birthday wishes to be "30, flirty and thriving." Her wish comes true and she finds herself transformed into a 30-year-old adult who's not only working for her favorite fashion magazine, Poise, but serving as its editor as the publication bitterly competes with rival style mag Sparkle.

"Ugly Betty," which ran on ABC form 2006 to 2010, followed Betty Suarez, an unfashionable young woman (played by America Ferrera) who lands a job at prestigious fashion magazine Mode in New York City. Over time, Betty — who's known for her naïveté, bizarre fashion choices and adult braces — comes into her own and thrives at the magazine.

NBC's "Lipstick Jungle," which aired in 2008 and 2009, followed the lives of three longtime friends: Wendy Healy (played by Brooke Shields), Nico Reilly (Kim Raver) and Victory Ford (Lindsay Price). All three women were at the top of their careers with Nico serving as a magazine's editor-in-chief, Wendy working as a producer and Victory, a once celebrated up-and-coming fashion designer, rebuilding her career after a major setback.

Elle Fanning starred as Jesse, an aspiring model whose youth and beauty result in admiration from many around her, in 2016's "The Neon Demon." Jesse is surrounded by dark and jealous individuals who end up attacking her and consuming her body. 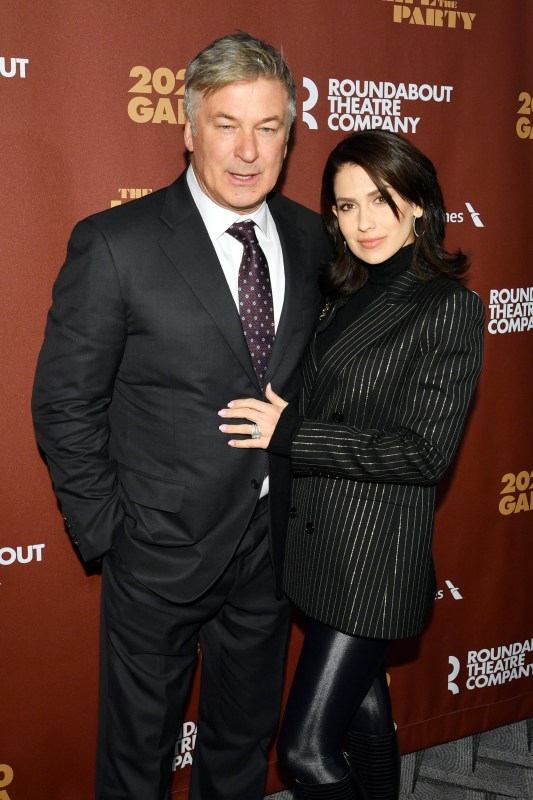