After a sinister turn of cosmic events, the 12th installment of the "X-Men" franchise takes comic book fans along for the ride as it follows Jean Grey's evil evolution into the Dark Phoenix. But which of the Marvel superheroes — and supervillains — will be on hand to confront her newfound corruption? With "X-Men: Dark Phoenix" set to hit theaters on June 7, 2019, Wonderwall.com put together a complete guide to the star-studded cast. Keep reading to reveal exactly who's who in the latest "X-Men" saga!

RELATED: Best fashion moments from the "Game of Thrones" cast

Sophie Turner made her debut as Jean Grey in 2016's "X-Men: Apocalypse," but she has a much more prominent role in "X-Men: Dark Phoenix." She's otherwise spent the majority of her acting career on the small screen, having come to fame as Sansa Stark on HBO's fantasy series "Game of Thrones." The drama ended in 2019 after eight successful seasons, giving Sophie more time to focus on her personal life and her new hubby, Joe Jonas. Following the Billboard Music Awards on May 1, 2019, she and the "Sucker" singer eloped in Las Vegas (an Elvis impersonator officiated!). The newlyweds, who got engaged back in October 2017, are still planning to have a big ceremony for all of their family and friends in France. Aside from Sophie's latest "X-Men" venture, she's not itching to jump into more acting roles right away and might do something entirely different for work. "I want to do a lot of things, and not just in the film world," she revealed to Dr. Phil in April. "At the moment I have a real urge to go to a police academy and become a cop."

Jennifer Lawrence stars as shapeshifting mutant Mystique in 2019's "X-Men: Dark Phoenix." But — spoiler alert! — the trailer reveals that the supervillain dies at the hand of Dark Phoenix in this installment.

Starring as Mystique for the first time in 2011's "X-Men: First Class" put Jennifer Lawrence's acting career on the map. She's since reprised the role three more times, including in "X-Men: Dark Phoenix." But J-Law has more than one sci-fi film franchise under her belt now; she rose to blockbuster stardom playing Katniss Everdeen in 2012's "Hunger Games" and its three sequels. She's also accrued a bevy of accolades for her more serious work in dramas like 2012's "Silver Linings Playbook," for which she earned an Oscar and a Golden Globe. Jennifer boasts two more Globes on her shelf for performances in 2013's "American Hustle" and 2015's "Joy." As of late, she's taken on a more behind-the-scenes presence, having recently formed her own production company, Excellent Cadaver, thought still plans to act. Work aside, Jennifer still has a lot on her plate because she's planning a wedding with art gallery director Cooke Maroney. The lovebirds got engaged in February after being introduced by a mutual pal in 2018.

James McAvoy stars as telepath Charles Xavier, aka Professor X, in 2019's "X-Men: Dark Phoenix." The mutant pacifist serves as Jean Grey's mentor and is credited with founding the X-Men's team of superheroes.

Before breaking onto the Hollywood scene as Professor X in 2011's "X-Men: First Class," British actor James McAvoy had a substantial acting career across the pond, having starred in major films like 2005's "The Chronicles of Narnia: The Lion, the Witch and the Wardrobe" as well as acclaimed indies like "Atonement" and "The Last King of Scotland." After the "X-Men" franchise made him a household name, James started to nab bigger roles Stateside, like that of a split-personality psychopath in 2016's "Split." He reprised the deranged character for 2019's superhero thriller "Glass" and ended up falling for director M. Night Shyamalan's production assistant, Lisa Liberati, while filming. The pair have been hot and heavy since going Instagram official in October 2017, just months after James divorced his wife of 11 years, Anne-Marie Duff, with whom he shares 8-year-old son Brendan. Aside from "X-Men: Dark Phoenix," James is also the lead in the upcoming horror sequel "It Chapter Two."

Jessica Chastain stars as a manipulative shapeshifter in 2019's "X-Men: Dark Phoenix." While the mysterious villian's name is still uknown, Jessica recently revealed that she'll be playing an alien of sorts.

"X-Men: Dark Phoenix" will actually be Jessica Chastain's first film in the sci-fi franchise, but she's already made a huge mark on the big screen. After starring alongside Brad Pitt in 2011's "Tree of Life," she broke out as a star in her own right in 2012's "The Help," for which she earned her first of two Oscar nominations. The following year, Jessica won a Golden Globe for her work in the war thriller "Zero Dark Thirty" and has since accrued three more nods for leading roles in 2014's "A Violent Year," 2016's "Miss Sloane," and 2017's "Molly's Game." Jessica and her Italian husband, Gian Luca Passi de Preposulo, welcomed daughter Giulietta via surrogate in 2018, but she's still made time to star in "It Chapter Two" with "X-Men" colleague James McAvoy and is slated to appear in the action movie "Eve," the spy thriller "355" and the biopic "George and Tammy."

Nicholas Hoult started making movies when he was just a kid, getting his big break in 2002's romantic drama "About a Boy" at 13. But it wasn't until he played Beast in 2011's "X-Men: First Class" that his true action-star persona emerged. Working on the sci-fi blockbuster also led to a hot Hollywood romance with co-star Jennifer Lawrence, though they ultimately split in 2014. Aside from three other films in the "X-Men" franchise, Nicholas has portrayed larger-than-life heroes in movies like 2013's "Jack the Giant Slayer" and 2015's "Mad Max: Fury Road." The indie darling has in recent years been trying his hand at more historical roles, starring as author J.D. Salinger in 2017's "Rebel in the Rye," Lord Harley in 2018's "The Favourite" and professor J.R.R. Tolkien in the 2019 biopic "Tolkien." Nicholas is currently rumored to be working with Angelina Jolie on a Western flick called "Those Who Wish Me Dead" and is enjoying life as a first-time dad: He and model girlfriend Bryana Holly welcomed a son in 2018.

Michael Fassbender started out on the small screen in HBO's 2001 war drama miniseries "Band of Brothers" and eventually made his big-screen debut in 2006 playing a Spartan soldier in "300." He continued to take on action roles in movies like 2009's "Inglorious Bastards" and 2010's "Jonah Hex" before signing on as Magneto for 2011's "X-Men: First Class." While Michael has remained a key figure in the "X-Men" franchise, he's also garnered two Oscar nominations (and a win) for more earnest performances in 2013's period drama "12 Years a Slave" and 2015's biopic "Steve Jobs." Before meeting Alicia Vikander on set of the 2016 romance film "The Light Between Oceans," Michael was one of Hollywood's hottest bachelors. But he's been officially off the market since they got hitched in 2017. Aside from starring in "X-Men: Dark Phoenix," Michael recently created his own production company, Finn McCool Films.

Evan Peters was a little late to the "X-Men" game, only joining the franchise as Quicksilver for 2014's "X-Men: Days of Future Past," but has been in both subsequent films. He's otherwise known for his work on FX's 2011 anthology series "American Horror Story," having played a new character in each of the show's eight seasons to date. Plus he's also been in the spotlight for dating his "Adult World" co-star Emma Roberts. The duo was engaged by 2014, but called it quits in 2019 after seven tumultuous years together full of dramatic breakups and makeups (Emma was arrested for domestic violence after one of their fights turned ugly in 2013). Evan is slated to star in the upcoming film "I Am Woman" about '70s singer Helen Reddy.

Tye Sheridan stars as energy-beaming mutant Scott Summers, known as Cyclops, in 2019's "X-Men: Dark Phoenix." The superhero, who emits powerful rays from his eyes, refuses to give up on Dark Phoenix throughout her evil decline.

Tye Sheridan actually made his film debut with new "X-Men" co-star Jessica Chastain in 2011's "Tree of Life." The budding young star only signed on as Cyclops for 2016's "X-Men: Apocalypse" but has already worked alongside the likes of Matthew McConaughey in 2012's "Mud" and John Travolta in 2014's "The Forger." He also nabbed the leading role in director Steven Spielberg's 2018 sci-fi flick "Ready Player One." The seemingly single cutie has a lot going on this year aside from "X-Men: Dark Phoenix." Tye's slated for another sci-fi blockbuster, "Voyagers," and a crime drama with Helen Hunt called "The Night Clerk."

Alexandra Shipp's acting career is about to explode in a major way! This year alone she's reprising her role as Storm for the second time in "X-Men: Dark Phoenix" and also starring in the reboot of "Shaft" alongside Samuel L. Jackson. On top of that, Alexandra is on the roster for upcoming romance drama "All the Bright Places" and the comedy "Lexi." Her face may already look familiar because she played singer Aaliyah in the 2014 made-for-TV biopic, "Aaliyah: The Princess of R&B," and the resemblance is quite uncanny. She also appeared in 2015's Oscar-nominated drama "Straight Outta Compton" and 2018's teen-romance flick "Love, Simon." As far as we know, she's single.

Kodi Smit-McPhee stars as mutant Kurt Wagner, known as Nightcrawler for his ability to teleport, in 2019's "X-Men: Dark Phoenix."

Kodi Smit-McPhee's acting career has also been on the rise since joining the "X-Men" franchise as Nightcrawler for 2016's "X-Men: Apocalypse." The Australian star snagged a huge leading role as a hunter in 2018's ice-age adventure film "Alpha" and is also set to star in an upcoming biopic about comedian Rudy Ray Moore called "Dolemite is my Name." He's also worked with one of his "X-Men: Dark Phoenix" co-stars, Nicholas Hoult, in the past. The duo linked up for the first time back in 2014 to make the indie sci-fi flick "Young Ones." While Kodi's really just now finding his stride in Hollywood, his voice might sound pretty familiar as he took on the role of Norman in the 2012 Oscar-nominated animated film "ParaNorman." But hands off, ladies! He and Rebecca Phillipou went public with their romance at the premiere of "Dawn of the Planet of the Apes" in 2014. 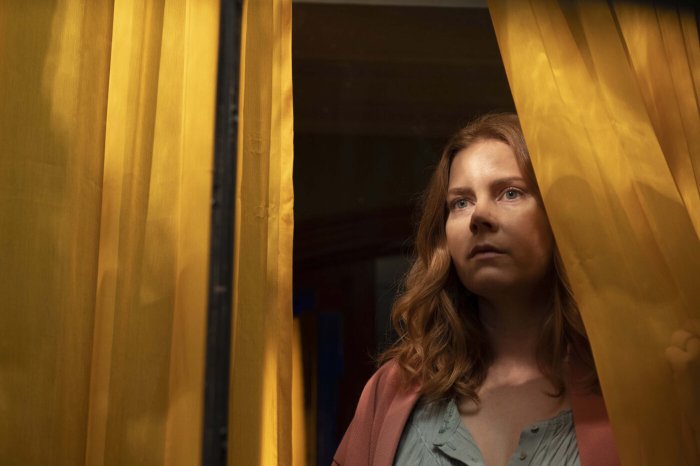