How time flies! It's been a decade since "Jersey Shore" debuted on MTV in 2009, and so much has happened to the stars of our favorite trashy reality TV show since then. In honor of the 10-year anniversary of the premiere episode on Dec. 3, 2019, Wonderwall.com is taking a look back at how our favorite former Seaside Heights residents have changed since they first taught us the importance of GTL-ing. Keep reading to see what they've been up to in recent years…

RELATED: 2000s reality stars: Where are they now?

You know Mike Sorrentino as The Situation, the guy who coined the phrase "GTL" on "Jersey Shore."

Mike "The Situation" Sorrentino has yet to put his reality TV days behind him. In late 2010, he competed on the 11th season of "Dancing With the Stars." He also placed fourth on "Celebrity Big Brother 10" in 2012, starred on a TV Guide Network reality show about his family, "The Sorrentinos," in 2014, and appeared on "Marriage Boot Camp: Reality Stars" in 2015 with college sweetheart Lauren Pesce, with whom he reconnected after "Jersey Shore" concluded. He's also done a tiny bit of acting. But mostly, The Sitch has made headlines for getting into trouble: He went to rehab in 2012 for prescription medication issues, got arrested for assault after brawling with his brother at their family's tanning salon in 2014, and then later that year was indicted for allegedly filing false tax returns. (In December 2015, his tax accountant pleaded guilty to filing fraudulent tax returns on the reality TV star's behalf.) In April 2017, more legal drama ensued when Mike and older brother Marc were hit with charges of tax evasion and falsifying records. In January 2018, Mike pleaded guilty to one count of tax evasion. In 2019, the "Jersey Shore" star went to prison and completed an eight-month sentence after he was prosecuted for failing to pay taxes on $8.9 million in income. He and Lauren tied the knot in November 2018 shortly before he started his sentence. In November 2019, the couple revealed they'd suffered a miscarriage and lost the baby Lauren conceived the night Mike got out of prison. In December 2019, Mike marked four years of sobriety.

Nicole "Snooki" Polizzi parlayed her "Jersey Shore" success into the spinoff "Snooki & JWoww," which ran from 2012 to 2015. She also competed on the 17th season of "Dancing With the Stars" in late 2013, starred on FYI's "Nicole & Jionni's Shore Flip" in 2016 and appeared on "The New Celebrity Apprentice" in 2017. She's also released five books and launched fashion, beauty and fragrance lines over the years. Snooki and longtime love Jionni LaValle welcomed their first child, son Lorenzo, in August 2012; daughter Giovanna arrived in September 2014. They tied the knot just two months later. The reality TV star has also made headlines for losing nearly 50 pounds and putting her hard-partying ways behind her. In July 2017, Snooki launched the podcast "It's Happening With Snooki & Joey," a weekly, hour-long show with her makeup artist. Though rumors of trouble in paradise have long plagued Snooki and her husband — especially after Jionni refused to appear on the Miami-set "Jersey Shore" reboot in 2018 — both have always insisted their marriage is just fine. They welcomed their youngest child, son Angelo, in May 2019. In December 2019, Snooki announced on her "It's Happening with Snooki & Joey" podcast that she was done with "Jersey Shore: Family Vacation." "I am retiring from 'Jersey Shore.' I am not coming back to 'Jersey Shore' for season 4 if there is one," she said. "I don't like partying three days in a row. It's just not my life anymore. I want to be home with [my three] kids."

Jenni "JWoww" Farley arrived in Seaside Heights to tape "Jersey Shore" while in the midst of a serious relationship. But that, of course, didn't last long…

Jenni "JWoww" Farley starred with BFF Nicole "Snooki" Polizzi on the "Jersey Shore" spinoff "Snooki & JWoww" from 2012 to 2015. She also appeared on several episodes of "One Life to Live" in 2013, won the first celebrity edition of "Worst Cooks in America" in 2015 and released her first book in 2011. JWoww and longtime love Roger Mathews welcomed their first child, daughter Meilani, in July 2014. They tied the knot the following year and welcomed son Greyson in May 2016. But the couple parted ways in September 2018 and a very public and messy divorce ensued. Their divorce was finalized in August 2019, but before that, JWoww moved on with a younger man — then-24-year-old aspiring wrestler Zack Clayton Carpinello. Their relationship unfolded on season 3 of "Jersey Shore: Family Vacation."

You could always count on Paul DelVecchio, who's better known as Pauly D, to remind his roommates when it was T-shirt time on "Jersey Shore."

After "Jersey Shore" concluded, Paul "Pauly D" DelVecchio starred on the short-lived spinoff "The Pauly D Project," which chronicled his growing DJ career. He signed a record deal and released a single with Jay Sean, "Back to Love," in 2013. Pauly landed a high-profile Las Vegas DJ residency and in 2012, it was revealed that he'd earned $11 million over the previous year. He became a father in 2013 when Amanda Markert, a woman he hooked up with after a gig in Vegas, gave birth to their daughter, Amabella. (Pauly didn't meet his baby girl until months after she was born due to a custody battle with Amanda.) In early 2016, he returned to reality TV with E!'s "Famously Single." Just months after he fell for pop star Aubrey O'Day on that show, the couple faced both engagement and cheating rumors. They briefly split in May 2016 but reconciled within weeks. Fast-forward to July 2017, however, and the tumultuous couple had called it quits once again. In 2019, Pauly got a new chance to find love alongside pal Vinny on "Double Shot at Love" on MTV, but unfortunately for the guido, he wasn't successful.

Vinny Guadagnino, who once planned to enroll in law school, was just 21 when he joined the cast of "Jersey Shore."

After "Jersey Shore" concluded, fan favorite and relatively normal cast member Vinny Guadagnino hosted a short-lived MTV talk show, "The Show with Vinny." He's also done some acting, appearing on "The Hard Times of RJ Berger" and "90210" and in the Syfy made-for-TV movie "Jersey Shore Shark Attack." Vinny reportedly romanced model Melanie Iglesias off and on between 2012 and 2013 but they split after she claimed on Twitter that he cheated. In 2016 and 2017, Vinny and his mother, Paola, starred on the Cooking Channel show "Vinny & Ma Eat America." He also starred on "Double Shot at Love" in 2019 with pal Pauly D, but he didn't find the one on the series. In 2019, Vinny — a devout follower of the keto diet — joined the Chippendales all-male revue at the Rio All-Suite Hotel & Casino as a celebrity guest host and was so popular, he extended his run. "People think that it's easy being a stripper, but it takes a lot of work, a lot of dedication, and a lot of sacrifice," he told MTV. "I have been training like Rocky to become the stripper keto guido."

Sammi "Sweetheart" Giancola, "the sweetest b—- you'll ever meet," was known for her off-and-on romance with roommate Ronnie Ortiz-Magro on "Jersey Shore."

Sammi "Sweetheart" Giancola stepped out of the spotlight after "Jersey Shore" came to an end, though she appeared on several episodes of "Snooki & JWoww" between 2012 and 2015. Over the years, she's launched the online clothing boutique Sweetheart Styles, a line of fragrances and the "Just Sayin'" podcast. She and longtime off-and-on love Ronnie Ortiz-Magro broke up again in 2016. Unfortunately for fans, Sammi didn't want to be a part of the 2018 "Jersey Shore: Family Vacation" reboot. "I have chosen not to join the show this season because I am at a completely different place in my life right now focusing on my businesses and relationship," she wrote on Instagram on March 30, 2018. "I am not the same person as I was when I was 22. At 31, I am currently extremely happy in every aspect of my life and want to avoid potentially TOXIC SITUATIONS. However, it was a difficult decision as I love my roomies. I've decided to focus on me, my future, and what truly makes me happy. I will forever be grateful to 'Jersey Shore' and everything it has brought to me! I've just decided to live my life for me these days." It turned out to be a great call: In 2019, she got engaged to love Christian Biscardi.

Ronnie Ortiz-Magro's only rule might have been to "never fall in love at the Jersey Shore," but he broke that rule for roommate Sammi "Sweetheart" Giancola.

Ronnie Ortiz-Magro kept a very low profile after "Jersey Shore" went off the air, though he appeared on a few episodes of "Snooki & JWoww" between 2012 and 2015. These days, he gets by financially on appearance fees and promotional deals — over the years, he's promoted diet pills and low-calorie cocktail mixes and in 2019, he was urging fans to buy products from his CBD line, VERGE. Ronnie and longtime love Sammi "Sweetheart" Giancola had a history of on-again, off-again dating but Ronnie confirmed in 2014 that the couple was done for good. He joined the cast of "Famously Single" in 2017 and briefly dated Kardashian family friend Malika Haqq. In July 2017, TMZ reported that Ronnie injured his hand at TAO nightclub in Las Vegas when he attempted to block his then-unidentified new girlfriend from a bottle that someone threw near their VIP section. That December, Ronnie confirmed that he and girlfriend Jen Harley were expecting a baby together. Since welcoming daughter Ariana in 2018, he and Jen have had an extremely tumultuous courtship, breaking up and making up more times than we can count as well as moving in and out of each other's homes and engaging in squabbles that involved police on numerous occasions. In October 2019, Ronnie was arrested following an alleged domestic violence incident and reports indicated he and Jen had finally split for good.

Angelina Pivarnick, the self-proclaimed "Kim Kardashian of Staten Island," only lasted two seasons on "Jersey Shore" thanks to in-house feuding.

After leaving "Jersey Shore," Angelina Pivarnick made only minor appearances on television including a 2012 stint on "Couples Therapy" with then-boyfriend Chris Nirschel of "The Next Food Network Star" fame. The former reality TV personality also pursued music and wrestling with little success. In late 2013, Angelina told TMZ she was studying to become an EMT — and she's been working as an EMT in New York City since 2016. Followings engagements to David Kovacs in 2011 and Louie Gero in 2016, Angelina accepted a proposal from her sanitation worker boyfriend of a year, Chris Larangeira, in January 2018. At first there were rumors she wouldn't be on the 2018 reboot "Jersey Shore: Family Vacation," but she ended up being a recurring character that first season then stuck around for seasons 2 and 3. In 2019, just a few months before her November nuptials with Chris, Angelina filed a lawsuit against a former FDNY boss and the City of New York alleging that she was sexually harassed by two different male supervisors — one of whom, she claims, groped her — and was punished when she complained about the alleged behavior.

Deena Cortese made a big splash when she joined the third season of "Jersey Shore" following Angelina Pivarnick's exit. After the series wound down, Deena appeared on "Couples Therapy" in 2014 and was a recurring character on "Snooki & JWoww." In 2017, Deena married longtime boyfriend Christopher Bucker with the majority of the "Jersey Shore" cast in attendance. They welcomed son Christopher John in January 2019. She also joined the cast of "Jersey Shore: Family Reunion." 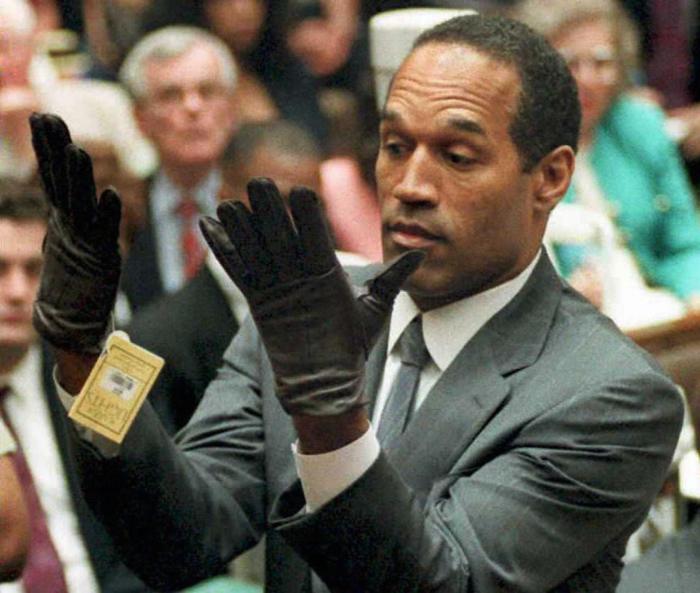