On July 27, 2001, "Wet Hot American Summer" hit theaters and introduced a very small audience to the last day at Camp Firewood in 1981. The film was initially a flop and was critically roasted, but when it hit home video, it garnered a cult following — especially after the once-little-known actors in the movie became big deals. In honor of the flick's 20th anniversary, Wonderwall.com is looking back at the cast of camp counselors and staff to find out what they've been up to over the last two decades…

RELATED: All the legends who came up on "Saturday Night Live"

Paul Rudd played Andy, a camp counselor who's dating another counselor (Katie) but isn't interested in being faithful to her.

Paul Rudd also continued in comedy throughout the 2000s and 2010s with roles in movies like "The 40-Year-Old Virgin," "This is 40" and "Knocked Up." In 2015, he became an action star when he made his Marvel Cinematic Universe debut as Ant-Man, a role he's continued to play. Despite his busy schedule, he made time to appear in both of Netflix's later "Wet Hot American Summer" projects. He's been married to former publicist Julie Yaeger since 2003. They have two children.

Bradley Cooper had a breakthrough role in 2009's "The Hangover." Since then, his star has skyrocketed and he's moved from comedy to Oscar-nominated dramatic performances in films like "Silver Linings Playbook," "American Sniper" and "A Star is Born" (which he also wrote, directed and produced!). He reprised his role as Ben on the prequel series "Wet Hot American Summer: First Day of Camp," which premiered on Netflix in 2015. After years of romancing Hollywood beauties including Jennifer Esposito (to whom he was briefly married), Renee Zellweger and Suki Waterhouse, Bradley welcomed daughter Lea de Seine with model Irina Shayk in 2017. They couple split in 2019.

Michael Ian Black has maintained a steady acting career in the years since playing the closeted counselor. He's appeared on shows like "The Jim Gaffigan Show" and "Another Period" as well as the "Wet Hot American Summer" sequel and prequel series. He's also a prolific author who's penned four books for adults and eight for children.

Elizabeth Banks played camp counselor Lindsay, who has a crush on Andy.

Elizabeth Banks is another powerhouse alum from the cult classic, which only brought in $295,206 at the box office when it debuted. Among her most notable projects since "Wet Hot American Summer"? The "Hunger Games" franchise and the "Pitch Perfect" films (she directed the second one). She also reprised her role as Lindsay in Netflix's other "Wet Hot" projects. Elizabeth married college sweetheart Max Handelman in 2003 and they now have two sons.

Amy Poehler does it all. In the past 20 years, Amy has stolen endless scenes on "Saturday Night Live," where she was a cast member from 2001 to 2008; became the most quoted movie mom thanks to her work in "Mean Girls"; starred on "Parks and Recreation"; conquered award show hosting along with pal Tina Fey; and wrote the memoir "Yes Please." She's had plenty of overlap with her old "Wet Hot Summer" castmates, including in projects like "They Came Together" with co-star Paul Rudd. Amy shares two sons with actor Will Arnett, to whom she was married from 2003 to 2012.

Gene, a Vietnam war vet and the camp chef, was played by Christopher Meloni.

While Christopher Meloni has done a wide range of acting projects since "Wet Hot American Summer" and returned for both the prequel and sequel series, nothing has been as impactful or beloved as his work as Detective Elliot Stabler on "Law and Order: SVU" and its new spinoff, "Law & Order: Organized Crime." Christopher has two children with wife Doris Sherman, whom he wed in 1995.

After the original movie debuted, Marguerite Moreau stayed busy, appearing on shows like "The O.C." and "Parenthood" and in movies like "Queen of the Damned." Over the last decade, her roles have been more limited, with a few television movies and the "Wet Hot" Netflix series emerging as her biggest projects. She took on a new role in 2015 when she became a mom.

Janeane Garofalo played the camp's director, Beth, who falls in love with astrophysics professor Henry Newman, who lives by the camp. He was played by David Hyde Pierce.

When Janeane Garofalo appeared in "Wet Hot American Summer," she was already a busy stand-up comic and actress. The funnywoman, who's also a political activist, has since appeared on "Girlfriend's Guide to Divorce" and "Younger," done voice acting in movies like "Paw Patrol: The Movie" and played Beth again in the Netflix spinoffs.

David Hyde Pierce has done just about everything an actor can do in Hollywood. He's been on sitcoms ("Frasier") and dramas ("The Good Wife") and done Broadway (he won a Tony in 2007). He's done some voice acting ("The Simpsons" is among his more notable credits) and directed theater productions. In 2007, he came out as a gay man and shortly after married his longtime partner, Brian Hargrove.

Michael Showalter played Coop (aka Gerald Cooperberg), a counselor at Camp Firewood who's in love with Katie (played by Marguerite Moreau, seen here).

Michael Showalter created "Wet Hot American Summer" along with David Wain then co-wrote and starred on the prequel and sequel series for Netflix. Beyond those, he's partnered with pals from the franchise like Michael Ian Black on a podcast and a Comedy Central show and with David wrote "They Came Together," a 2014 romantic comedy that starred Amy Poehler, Paul Rudd, Christopher Meloni, Zak Orth, Ken Marino and Michael Ian Black. Outside of Hollywood, Michael teaches screenwriting at NYU's graduate film school and is a dad to twins.

Joe Lo Truglio is a seasoned actor and voice actor who's starred on "Brooklyn Nine-Nine" and appeared in films like "Superbad," "I Love You, Man" and the first two "Pitch Perfect" movies. He married Beth Dover, who appeared on "Wet Hot American Summer: Ten Years Later," in 2014. They have a son together.

Judah Friedlander's biggest role since 2001 was on "30 Rock," where he crossed paths with old "Wet Hot" co-stars like Amy Poehler and Elizabeth Banks, who both guest starred on the NBC comedy. Off camera, he's done voice work for "Bordertown," "Albert" and "Bob's Burgers." Judah also appeared on the movie's prequel series, "Wet Hot American Summer: First Day of Camp," in 2015.

Ken Marino's cult classic appearances didn't end with "Wet Hot American Summer." The funnyman has also starred on "Party Down" and "Childrens Hospital." He teamed up with "Wet Hot" film alums for "They Came Together" in 2014 and was also on the Netflix sequel and prequel series.

A.D. Miles' biggest job since "Wet Hot American Summer" has been behind the camera serving as head writer for "The Tonight Show Starring Jimmy Fallon" between 2014 and 2017. When he's on camera, he prefers to team up with David Wain, who co-produced the "Wet Hot" sequel and prequel series as well as "The Ten," "Role Models," "Childrens Hospital" and "Wainy Days." He has two daughters.

Kevin Sussman played eccentric Steve, who appeared to be able to control the weather.

Marisa Ryan's most major projects since "Wet Hot American Summer" came with the prequel and sequel series on Netflix. She's also had smaller parts since on shows like "Odd Mom Out" and "Law & Order."

Over the past 20 years, Zak Orth has stayed in front of the camera with roles on "Zoey's Extraordinary Playlist," "Human Kind Of" and "Veep." He's continued to stay in touch with "Wet Hot" pals Michael Ian Black and Michael Showalter (his neighbor!), briefly working with them on their show "Michael and Michael Have Issues."

H. Jon Benjamin voiced the Can of Mixed Vegetables.

The Can of Mixed Vegetables voice can be heard just about everywhere (and not just in the prequel and sequel series)! H. Jon Benjamin is a prolific voice actor who's lent his talents to characters on "Archer," "Bob's Burgers," "Central Park" and "Family Guy." 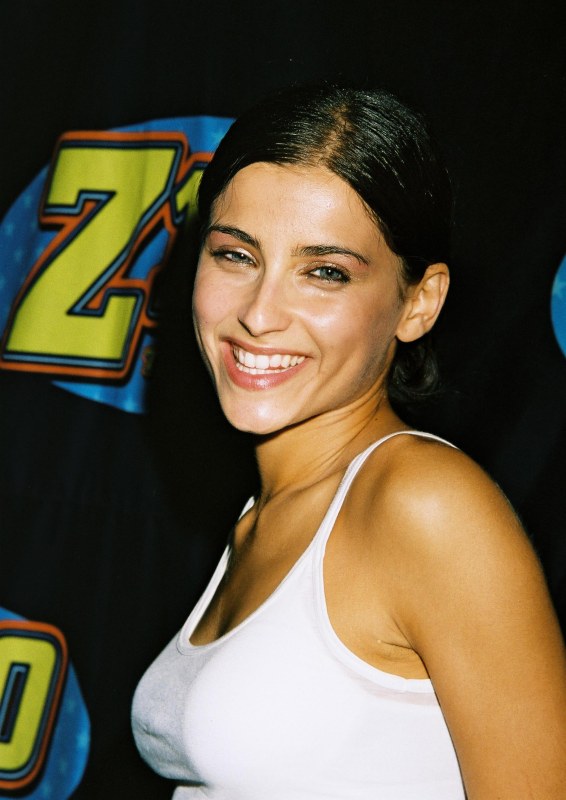