Like most things in the world of business, it turns out expanding coronavirus testing comes down to who you know. Or, in Iowa governor Kim Reynolds' case, who Ashton Kutcher knows. This week, Reynolds revealed at a press conference that Iowa's new $26 million contract to acquire 540,000 COVID-19 tests came out of a tip she got during a conversation with the Iowa-raised actor when he reached about shooting a stay home PSA for the state. According to the Daily Beast, Kutcher mentioned the startup TestUtah to Reynolds, who in turn spoke to a friend of Kutcher's who works at TestUtah. That conversation ultimately led to the contract Iowa now has with Nomi Health. The deal has been criticized by some because the companies involved are not based in Iowa.

In Parade's new cover story, "Black Widow" star Scarlett Johansson concedes that over the years, she's gotten quite used to rejection when it comes to acting, admitting that she took over her "Black Widow" role only after Emily Blunt, who was cast initially as the film's star,. had to bail for scheduling reasons. "I've basically made a career out of being second choice," she muses. One area where the 35-year-old is very much someone's first choice, though, is in her personal life, which will soon see her marry fiance Colin Jost. Scarlett met the "Saturday Night Live" actor and writer on the set of his show in 2010. They were friends for years before they began dating in 2017. "What you see is what you get with him. He's very optimistic, easygoing, funny, nice, and those are the qualities that really drew me to him," she says. "It's so funny to have a long-term shared experience with someone and then the relationship changes." Colin proposed last year, and while Scarlett wouldn't comment on their wedding date, she did say the couple hopes to take time off once their latest work commitments are complete. "Black Widow" was due out this spring. Its release has been pushed back to November because of the pandemic.

The bad blood between Taylor Swift and Big Machine Records has returned. It seems Big Machine Records — Taylor's former label, which her nemesis Scooter Braun bought last year, thereby acquiring her back catalog — was released digitally this week. According to a post on her Instagram Story (via Pitchfork), the music comes from a 2008 live performance. "Big machine listed the date as a 2017 release," Taylor warned fans, " but they're actually releasing it tonight at midnight." She told fans the release does not have her blessing, nor did she even know it was in the works until a fan told her about it. "It looks to me like Scooter Braun and his financial backers, 23 Capital, Alex Soros and the Soros family, and the Carlyle Group have seen the latest balance sheets and realized that paying $330 MILLION for my music wasn't exactly a wise choice and they need money. In my opinion… just another case of shameless greed in the time of coronavirus," she wrote in the post. "So tasteless, but very transparent." Taylor has said she plans to record everything in her back catalog, so that she can own the masters on those versions of the songs.

Jameela Jamil refuses to get involved in fan-fueled feuds between pop stars, whether or not said pop stars appear on her podcast. The actress made that point clear on Twitter this week after Taylor Swift's army came after Jameela for having Demi Lovato on her "I Weigh" podcast. The apparent issue was Tayor and Demi's occasionally tense history (more recently, the two have seemed to pledge to support one another as women in the same industry). "I'm not being dragged into celebrity feuds. I'm 34. I'm not involved in any of these dynamics," Jameela tweeted on Thursday, April 23 (via ET). "I don't care which of them dislike each other. I'm interviewing interesting humans sharing their unique mental health journeys that may help others to learn about. Demi's episode is 👌." In Demi's edition of the podcast, released Friday, she discussed her experience with cancel culture, among other topics. "I've been canceled so many times that I can't even count. The hashtag, #DemiIsOverParty, that whole thing it's just, it doesn't even affect me anymore," Demi said. She later suggested "forgiveness culture" would be a more useful cultural tool.

Today's mom-meets-technology moment is brought to you by Apple Martin, who gamely played it cool when her mom, Gwyneth Paltrow, attempted to stage a mother-daughter selfie as the family continues its self-quarantine together. It, um, kind of worked out? In the post (via People), Gwyneth, 47, is wearing a bath towel and a pair of self-described "hideous" blue glasses when she tries to pose alongside her 15-year-old daughter. "Oh, you're making a video," she says at one point, apparently confused by the approach Apple's selected for the shot. The duo semi-pseudo smile, looking awkwardly at the camera. Then Gwyneth notices the video button is still red. "It's still going!" she yells. The two then give up on the selfie, giving in, instead, to laughter. To be fair, Gwyneth deserves a couple extra mom points for forgiving Apple's recent trolling escapade, in which she left her mother a faux to-do list for her GOOP site, complete with production plans for the next round of vagina-scented candles.

As Joe Jonas and Sophie Turner prepare to celebrate their first year of marriage next month, Joe's going public with the Sophie-inspired romantic backstory for one of the Jonas Brothers' hits. In the group's new concert doc, "Happiness Continues," out Friday, April 24, on Amazon Prime Video, Joe reveals he's still moved by singing "Hesitate," which he wrote. "It's like my vows before I wrote my vows. It's my promise to Sophie," he says (via MTV). "I can see in the audience when it's definitely those other people's songs. I see couples holding each other. I see somebody that song got them through something." Joe added that "Hesitate" — whose lyrics include lines like, "I will take your pain / And put it on my heart / I won't hesitate / Just tell me where to start / I thank the oceans for giving me you / You saved me once and now I'll save you too," — makes him feel transported to another "universe." Sophie, of course, is there too. "I'm seeing her walk down the aisle again every time I close my eyes," Joe said.

'Parks and Rec' cast to reunite for single-episode special

If your pandemic-induced TV and streaming binge has left you nostalgic for Leslie Knope's irritating optimism and April Ludgate's perfect deadpan, you're not alone. You are, however, in luck. NBC announced this week that the cast of "Parks and Recreation" will reunite, in character, on Thursday, April 30, for one, 30-minute episode in which Leslie tries to stay in touch with her old coworkers during the pandemic while social distancing, according to ET. The scripted special will serve as a telecast to raise money for Feeding America's COVID-19 Response Fund. Amy Poehler and Aubrey Plaza, along with Nick Offerman, Rashida Jones, Adam Scott, Retta, Rob Lowe, Chris Pratt, Aziz Ansari and Jim O'Heir, plus "several guest stars" who may "pop in, too," according to a press release from NBC.

Maya Hawke recently told Nylon magazine her parents' generation basically ruined everything for her own generation. That didn't stop Maya's mom, Uma Thurman, from giving her daughter a little mid-quarantine hair makeover that looks a whole lot like a throwback to Uma's iconic "Pulp Fiction" 'do. "Home hair cuts bring us back home. We are all finding our selves again," Uma captioned the sweet pic that showed her cutting 21-year-old Maya's hair in the kitchen. It wasn't long before fans started getting major Mia Wallace vibes from Maya's new chin-length bob.

For Jodie Turner-Smith, watching her husband Joshua Jackson in the motherhood-centric "Little Fires Everywhere," has been even more meaningful now that she and Joshua have welcomed their first child. "Each of those mothers stories hit me a bit differently this week… beautiful storytelling by all involved! 👏🏿👏🏿👏🏿," Jodie tweeted on Wednesday, April 22. The next day, she confirmed why, excitedly posting, "i'm a mother!" followed by a smiley face-filled "thanks everyone," as fans sent their love and support. After she was done with the thank you's and confirmations, she went back to adorably live-tweeting her reactions to the Hulu drama as she watched it unfold. The couple has not yet announced their new baby's gender or name.

Ricky Gervais expressed concern — OK, irritation — about celebrities who complain about the effects the pandemic is having on their lives. He's not too keen on Hollywood types who've used the current crisis as a means of self-promotion, either. Taking aim at Gal Gadot, Will Ferrell and others who participated in the viral "Imagine" cover video a few weeks back, the comic told BBC Radio 5 (via The Sun), that while those involved are "probably very nice people" who "might have been doing it for good reasons, to help these normal nobodies," the motives of certain stars seemed questionable. "But they're going, 'My film's coming up and I'm not on telly — I need to be in the public eye,'" he said. "Not all of them but some of them. You can see in their eye — 'I could cry at the beauty of my personality, I'm just so beautiful for doing this,'" he continued, mocking the participants. "We get it," he added. Ricky also took umbrage at stars including Sam Smith who have posted about feeling sad and lonely while on lockdown in their mansions. "For a start, you won't hear me complain — not when there's [United Kingdom National Health Service] nurses doing 14 hours shifts — and frontline workers carrying on and risking their health," Ricky snapped, adding that he's content to "go for walks" and enjoy his garden. "There are people in high rise blocks with three kids — I can't complain. This is why millionaires in their mansions with their gym and going for a swim can't lecture people," he continued. The comic added that "people are sick of being lectured" by "multi-milionaires" about how to operate at home, when they know those same lecture-givers have the option of jetting off to their own private islands 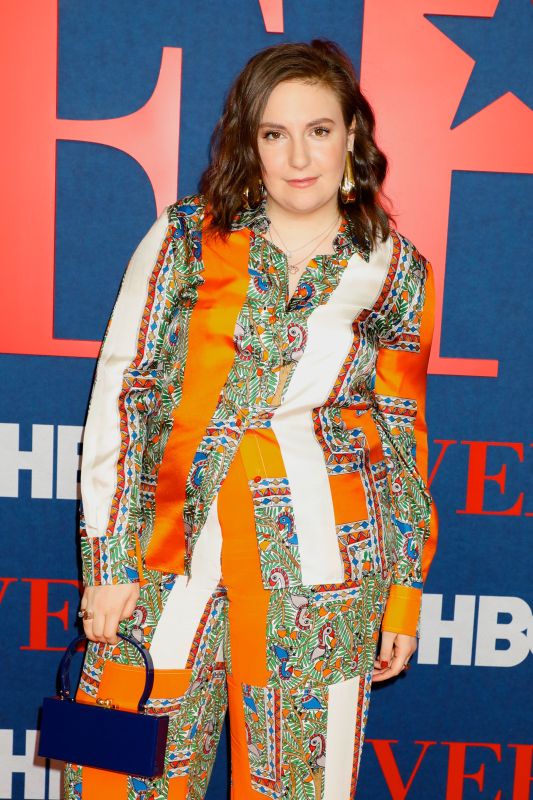