Sarah Jessica Parker has been on the Hollywood scene since the 1980s and has been serving looks the entire time! The "Sex and the City" alum is known for her fashionable (and sometimes risky) ensemble choices, such as this gorgeous belted silver Christian Dior Haute Couture gown that she wore to the 2009 Academy Awards. In celebration of SJP's 54th birthday on March 25, 2019, Wonderwall.com is revisiting her most stylish looks through the years. Keep reading to see our fashion faves…

The dress that started it all! Sarah Jessica Parker wore this now iconic outfit in the opening credits of HBO's "Sex and the City" and during a brief scene in the "Sex and the City" movie. The show's costume designer, Patricia Field, told Entertainment Weekly that she discovered the tutu in a $5 bin on a showroom floor and recreated four versions of it for the show.

RELATED: "Sex and the City" cast: Where are they now?

Talk about a blast of color! Sarah Jessica Parker wore an embellished multi-colored jacket, red velvet harem pants, a gold bralet and her signature curls to the premiere of "For the Boys" in Los Angeles in 1991.

RELATED: Most stylish royal maternity looks through the years

Sarah Jessica Parker was a vision at the 2004 Tony Awards, where she rocked a white tulle Dior A-line gown with diamond jewelry, black strappy heels and a black clutch.

We loved this glamorous look that Sarah Jessica Parker wore on "Late Night with Seth Meyers" in November 2018. The mother of three donned a sequined white Iorane dress with a silver heart pendant necklace and white SJP pumps.

It's the infamous "naked dress" ("Sex and the City" fans know what we're talking about)! Sarah Jessica Parker wore this nude minidress during Carrie's first encounter with Mr. Big on the show — then wore it to the 1997 VH1/Vogue Fashion Awards.

Sarah Jessica Parker showed off her enviable abs alongside her "Sex and the City" co-stars Kristin Davis, Cynthia Nixon and Kim Cattrall at the 2001 Screen Actors Guild Awards where she rocked a striking navy blue Prada crop top, an A-line skirt with sequined embellishments, diamond earrings and navy heels.

Sarah Jessica Parker showed off this timeless little black dress by Calvin Klein at the 2001 Vanity Fair Oscar Party. She accessorized with a black clutch and matching slingback heels.

Sarah Jessica Parker looked stunning as she arrived for an appearance on "The Late Show With Stephen Colbert" in October 2018. The "Divorce" star wore a maroon Ulla Johnson Frances coat, a metallic pink Emilia Wickstead Nicoletta dress, Wolford Twenties tights and metallic champagne peep-toe heels from her own SJP Collection.

Sarah Jessica Parker looked stunning in this silver pleated Nina Ricci gown at the premiere of "Sex and the City" on May 27, 2008.

This gown made us green with envy! Sarah Jessica Parker wore a shimmery, embroidered dress with pockets (!) from Elie Saab's fall 2015 couture collection to the opening night of Broadway's "Hamilton" in 2015.

Sarah Jessica Parker was pretty in pink at the 55th Annual Emmy Awards in 2003 where she wore a soft pink layered organza gown by Chanel Couture.

Sarah Jessica Parker brought New York glam to Abu Dhabi on the set of "Sex and the City 2" in 2010. While playing Carrie Bradshaw, Sarah wore a Christian Dior T-shirt and Zac Posen shirt and underskirt that were accessorized with Manolo Blahnik sandals, an Andrea Lieberman bracelet and a vintage bag.

This might be our favorite look from 2008's "Sex and the City" movie: Sarah Jessica Parker, pictured here with Chris Noth (aka Mr. Big), in a vintage green floral dress and matching green-and-white summer coat, a studded belt and Christian Dior Python gladiator heels. She paired the beautiful ensemble with a cute Timmy Woods Eiffel Tower bag that may have been an homage to the city that finally brought Carrie and Big together.

Sarah Jessica Parker was glowing at HBO's 2002 "Sex and the City" premiere. The actress — who was pregnant with her first child at the time — wore a pale pink empire-waist Narciso Rodriguez dress with a bedazzled pink clutch and strappy heels for the big event.

Sarah Jessica Parker still looked effortlessly fashionable in what was one of her more casual red carpet looks. She wore a yellow-green lace Dolce & Gabbana dress, dark green SJP Collection pumps, a nude Valentino coat and plenty of Fred Leighton jewelry to the re-opening night of "It's Only A Play" in New York City on Jan. 23, 2015.

Sarah Jessica Parker looked beyond stunning at the "Sex and The City 2" movie premiere in 2010. The actress rocked a neon yellow Valentino gown with dark gray pumps and soft, beachy waves. Fierce!

Sarah Jessica Parker was the picture of perfection when she wore this nude beaded spaghetti-strap gown by Richard Tyler to the 2000 Golden Globe Awards.

This high-fashion look is definitely one of our favorites. Sarah Jessica Parker looked chic in a L'Wren Scott emerald green, snakeskin-print dress with a black feathered shawl, black gloves and black string booties at the School of American Ballet's Winter Ball in 2009.

Sarah Jessica Parker was a showstopper at the premiere of "I Don't Know How She Does It" in Moscow on Aug. 28, 2011. The starlet rocked a red Giambattista Valli Haute Couture gown and cape with Fred Leighton jewels.

Sarah Jessica Parker stunned in this Diane von Furstenberg metallic wrap dress with a gold lace top and bronze fluid skirt at the 2014 DVF Awards. She finished the look with black patent-leather pumps. 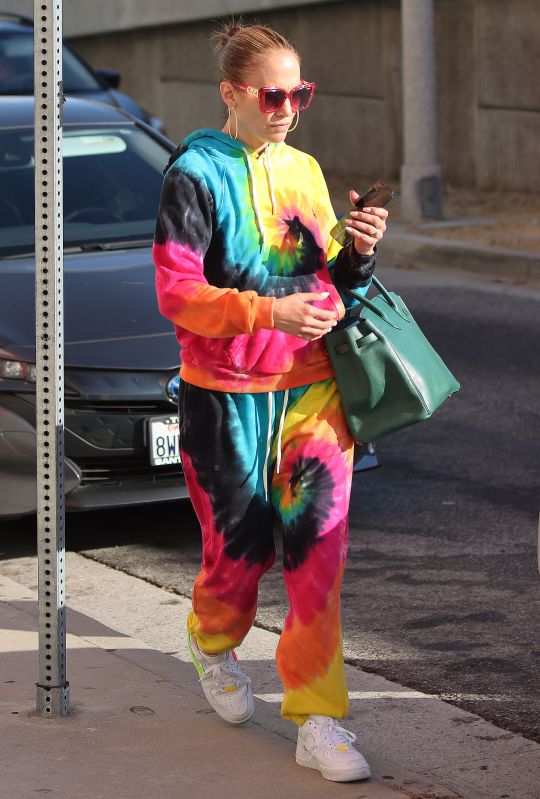