With all the pressure from Hollywood to remain young, fit and ageless, some stars opt to go under the knife to enhance certain parts of their body. And though many stars remain mum on whether or not they've undergone a breast augmentation, sometimes the proof might be in the before-and-after pictures. First up? Nicole "Snooki" Polizzi revealed in October 2016 that she got implants and a lift. The mother of two called it her "little mommy makeover." She's now a C cup. "I feel so confident with myself as a woman, as a wife, as a mom," she said. "So, I kind of feel complete now." Keep reading to see more stars who've enhanced their bodies…

Selena Gomez was photographed looking not-too-busty in early 2014. But after she stepped out that July looking curvier than usual, Twitter blew up as fans speculated about whether or not Selena had made some enhancements. Keep reading to see an "after" photo…

At the 2016 Grammys, Selena Gomez showed off her ample cleavage in a slinky Calvin Klein Collection dress. Though Selena hasn't addressed implant speculation herself, when the rumors first exploded in mid-2014, a source insisted to E! that the singer had not gone under the knife.

Back in 1997, Victoria Beckham hit the scene as Posh Spice, the one who wore chic apparel on her naturally slender figure.

At the Spice Girls reunion in 2007, Posh showed off her significantly larger chest. But Victoria's love affair with her breast implants was short-lived…

Victoria Beckham didn't keep her fake breasts for long. Though she didn't fully admit it until a March 2014 magazine interview with Allure — confessing "I don't have them anymore" — she started removal procedures in 2009.

As a member of Destiny's Child, Kelly Rowland had no problem showcasing her vocal talents. But her lack of curves up top bothered her, she later admitted…

Post-Destiny's Child, Kelly Rowland launched her solo career and also made some changes to her body. She's admitted she got breast implants when she was 28.

Almost unrecognizable. This is what "The Hills" star Heidi Montag looked like in 2006, before she underwent multiple plastic surgery procedures. Enough said.

And this is what Heidi Montag looked like after undergoing 10 plastic surgery procedures in one day in 2009. But her love affair with her new figure didn't last…

Heidi Montag decided there was such a thing as too big of a chest — and went from a size F to a size D in 2014. That same year, she said she was "done" getting plastic surgery and wanted to age gracefully from that point on.

Though she never confirmed that she got her breasts augmented, rumors swirled that Kate Hudson went under the knife in 2010. Check out the star in a bikini in 2006 and then compare it to…

Post-2010, Kate Hudson was sporting a significantly larger chest size. She showed off some pretty impressive cleavage at the 2015 Golden Globes, but has never spoken out about whether or not she opted for implants.

While spending a lazy day at the beach in 2006, Nicole Richie showed off her super-svelte figure.

Nicole Richie debuted her rumored new-and-improved best friends in a teeny electric-blue bikini in 2011. She never confirmed the enhancement, but we'll let the pictures do the talking.

Back in 2008, Rosario Dawson didn't have all that much cleavage on display. But fast-forward a bit…

When Rosario Dawson arrived at the 2012 White House Correspondents' Association Dinner, many speculated she'd had her breasts enhanced.

In 2015, "Sharknado" star Tara Reid showed off her much larger chest in a bikini. She originally went under the knife in 2004, but was left with uneven breasts. The actress had to have surgery again in 2006 to repair the botched boob job.

When Christina Aguilera first hit the music scene, she often flaunted her svelte figure, as seen here in 2000.

Shortly after she made it big as a pop star, Christina Aguilera's chest also got pretty big. Though she never confirmed that she went under the knife, the star's ample curves were certainly on display in December 2015.

Back in 2005, Fergie flaunted what her mama gave her in this halter top.

By 2007, Fergie appeared to have enhanced her chest. As evidenced by this snap from the 2007 Grammy Awards, where Fergie's lady lumps looked significantly larger.

During the first season of "The Real Housewives of New Jersey," Teresa Giudice did not hold back about her dislike for her average-sized boobs.

Luckily for Teresa Giudice, after she achieved reality TV stardom, it looked like she was able to explore the benefits of having a full C-cup.

Halle Berry confidently strutted her stuff in a very low-cut top that left little to the imagination when she attended the London premiere of "X-Men" in 2000.

But more than a decade later, it seems gravity was working in the opposite direction. Halle Berry showed off a perkier chest on a red carpet in 2014.

But at the Guys Choice Awards in 2012, Brooke Hogan showed off some pretty ample cleavage that just was not there before…

Once upon a time in 2011, "Teen Mom 2" star Jenelle Evans frolicked on the beach and showed off her natural physique.

In 2010, LeAnn Rimes looked svelte while strolling along the beach with then-boyfriend Eddie Cibrian.

After Eddie Cibrian proposed in 2011, LeAnn Rimes' chest seemed to get bigger…

Jaime Pressly attended the world premiere of "National Lampoon's Van Wilder" in 2002 where she showed off her petite figure.

Nowadays, Jaime Pressly rocks a much bigger chest. The actress reportedly got her breasts done in 2004, and rumors circulated that she got them redone in 2010. Pictured here in 2015, it's clear Jaime got something done.

Sean "Diddy" Combs once said Aubrey O'Day had star power. She could sing, she could dance, she could pose at red carpet events, like this one in 2007 for the BET Awards dinner in Hollywood.

That is, until Aubrey O'Day went overboard with some noticeably larger breasts, which she proudly displayed in 2011 at the Aria Resort's Liquid Pool Lounge in Las Vegas. 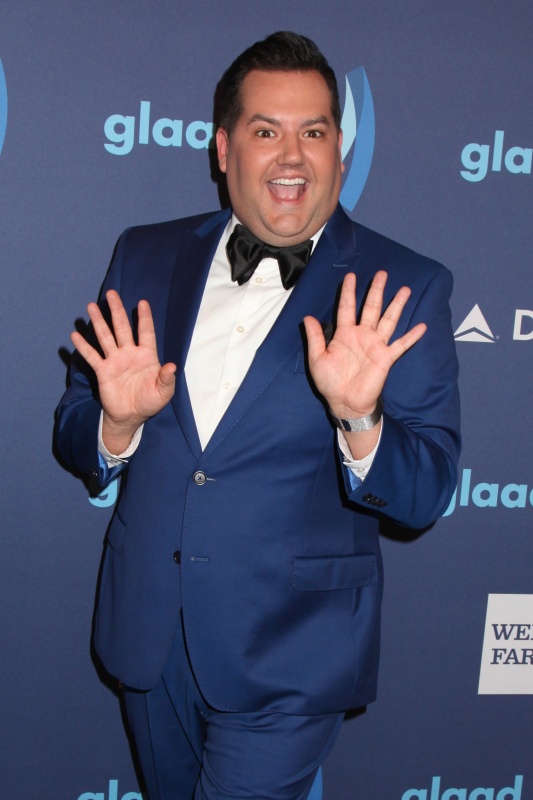 Gwen Stefani gets into the holiday spirit in LA, plus more pics

Celebrate 'Selena: The Series' with a look at the best biopic movies and TV shows