It's turning out to be a big year, professionally, for Katie Holmes and Tom Cruise's daughter, Suri Cruise. As Katie recently revealed to Yahoo Entertainment, the 16-year-old graces the soundtracks of two of her mom's latest feature films. "Alone Together," in theaters and on demand now, kicks off with Suri's rendition of "Blue Moon" playing over the opening credits. The teen also lent her vocals to music on Katie's upcoming drama, "Rare Objects," out later this year. "I always want the highest level of talent, so I asked her!" gushed the "Dawson's Creek" alum," who wrote, directed and stars in the new romantic drama. "She's very, very talented," Katie added. "She said she would do it and she recorded it, and I let her do her thing. That's the way I direct in general: It's like, 'This is what I think we all want — go do your thing.'" Katie added that Suri "actually did sing in 'Rare Objects,'" which wrapped last year. "Other than that," Katie said with a laugh, "she's a 16-year-old kid doing high school."

When Mandy Moore welcomes baby No. 2 with husband Taylor Goldsmith, she won't have an epidural to help her navigate the pain — and that's not necessarily by choice. "My platelets are too low for an epidural," Mandy, 38, told Today Parents in an interview published Friday, July 29. The singer and "This Is Us" star suffers from a rare blood disorder called immune thrombocytopenic purpura (ITP), which can cause excessive bleeding and bruising, according to the Mayo Clinic. Usually sparked by an infection and more common among young women, ITP is an autoimmune condition in which the immune system attacks platelets, the important pieces of cells in bone marrow that help blood clot. Mandy confirmed that her first son, Gus, was born sans epidural, too. "It was awful. But I can do it one more time. I can climb that mountain again," she said. "I wish medication was an option — just the idea of it being on the table is so nice. But we'll just push forth like we did last time." On Instagram last week, Mandy told followers her pregnancy was going well. "I just have to continue to get my blood checked — my platelet levels checked — throughout pregnancy. They're low, but they've always been low," she said. "But I'm all good." The singer's update comes just weeks after she canceled the remaining dates on her long-planned In Real Life tour, having realized it was just too much to manage on top of a pregnancy and caring for her 17-month-old son.

Britney Spears has reportedly finished writing her highly anticipated memoir as part of her rumored $15 million deal with Simon & Schuster. But the #FreeBritney movement may have to wait quite a while to read their hero's tell-all, thanks to yet another supply chain malfunction. According to TMZ, a paper shortage is wreaking havoc on the would-be timeline for Brit's autobiography, which the outlet's sources say has no official release at this point. Publishers Weekly reported the paper shortage last year, citing a combination of COVID-19-related changes in the publishing industry, ranging from worker attrition at paper plants to a surge in book sales after paper mills had started to move into making other items, as book reading moved online in recent years. In the book, Britney, 40, is expected to cover everything from her conservatorship battle to the ongoing rift with her family to her self-described "fairytale wedding" with Sam Asghari.

Johnny Depp's acting career may have suffered from Amber Heard's domestic abuse allegations, as he alleged in his recent defamation case against his ex-wife. But his professional prospects and bank account both look pretty healthy two months after the trial. On Thursday, July 28, Johnny's debut art collection, a portrait series titled "Friends & Heroes," sold out entirely, netting a total of more than $3.6 million for 780 prints, The Sunday Times reported. According to art retailer Castle Fine Art, the work, which included Johnny's takes on the likes of Bob Dylan, Keith Richards and Liz Taylor, was gone "within hours" of going on sale, making it the art giant's "fastest-selling collection to date." Castle Fine Art describes the collection as "a testament to those [Johnny] has known well and others who have inspired him as a person." The former "Pirates of the Caribbean" star also recently traveled to France to shoot the upcoming film "La Favorite," and just wrapped up his tour with guitarist Jeff Beck, according to CinemaBlend. "We are so grateful to everyone who came out to see us play!!!" Johnny shared on Instagram on Friday. "Our deepest gratitude to our phenomenal band and our brilliant, beloved crew!!! For now, we rest but we will be back!!!"

Gina Rodriguez had extra reason to celebrate her 38th birthday on Saturday, July 30. As Gina and her husband, Joe LoCicero, 35, slyly revealed at the end of an Instagram video montage over the weekend, they're expecting their first child. The clip featured an array of cute pics of the couple together before zooming in on their big news with a snap of them holding up a positive pregnancy test. "This birthday hits different," Gina teased in the caption. The actress got plenty of support on the exciting development from famous friends including Viola Davis, Derek Hough, Jordin Sparks and others. Gina's apparently had babies on the brain for years, though. Back in 2016, she admitted she wanted one of her own "so bad" during an appearance on "Ellen," where she joked that the twin babies on "Jane The Virgin" often felt like cute overload on set. "I feel like they bring the baby up to me and my ovaries are like 'Ahh! Come here, baby!'" she joked at the time.

As dating rumors continue to swirl around Bradley Cooper and former Hillary Clinton top aide Huma Abedin, Bradley reportedly hosted a "small gathering of friends and family" at his New York City home on Thursday, July 28, the same day Huma turned 47. Page Six reports guests included Bradley's mom, Gloria, among others. The get-together followed a string of earlier visits suggesting the party may have been for Huma, though she wasn't photographed there. Vogue editor-in-chief Anna Wintour reportedly stopped by Bradley's on Wednesday, as did chef Kristin O'Connor, who the outlet reports dropped off flowers at the star's home. An allegedly "well-placed source" told Page Six earlier this month that it was Anna who "played matchmaker," for Huma and Bradley, also 47. Another source recently told the tabloid Huma and Bradley have been seeing each other for "months" but "keeping it quiet." Bradley's rep, meanwhile, has dismissed the romance buzz, saying the actor and political staffer are "good friends." 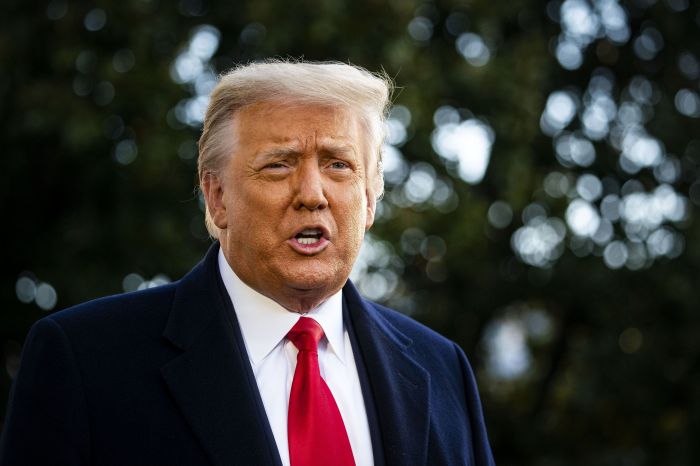 Up Next Raid reaction