Cardi B appears in court in plunging, pink Ferragamo suit

Cardi B was reportedly due in court three hours before she finally arrived for a hearing on Friday, May 31. That may or may not have been because she was busy promoting her brand new song, "Press" on Instagram — not to mention, matching her claw-length nails and towering stilettos to her pink Salvatore Ferragamo suit, which barely contained her chest. The hearing was in connection to a misdemeanor reckless endangerment and assault charge for her alleged order of an attack on two bartenders at a strip club last summer, according to the Daily Mail. The fight reportedly broke out because she believed at least one of the bartenders had slept with her husband, Offset. The rapper, who pleaded not guilty to the assault charge, was told the terms of her parole would continue as prosecutors pursue a grand jury presentation of the case. Though she said nothing during the hearing, she reportedly hugged a woman on the way out of the courtroom as fans followed her, trying to get photos of the star in her $4,790 suit and $7,300 Chanel bag. She's reportedly due back in court Aug. 9.

The romance Katy Perry sings about on her new track may never really be over, as the title suggests. But the singer's long feud with Taylor Swift definitely is. After Katy's big release — her first solo single in two years — Taylor added the song to her "ME! Apple Playlist," according to the Daily Mail. "Everything that happens to us is just part of a story we'll tell someday," Taylor writes in the description of the playlist. "These songs are the soundtrack to my story at the moment. I love this playlist for kitchen dance parties, long drives home, sun-soaked reflection, or aggressive bopping. All songs have been loved and appreciated by ME!" The pro-Katy move comes after Katy sent her the- nemesis a literal olive branch and a note about why it would be good to be the feud in the past. Taylor shared the gift on social media with a "thank you, katy" and a heart. A few months later, Katy gave Taylor some more love when she liked Taylor's post about no longer remaining silent on her political views.

Who is Katy Perry singing about on 'Never Really Over?'

One of Katy Perry's exes seems to be getting the Ariana Grande former flame treatment on Katy's new song, "Never Really Over." The jury's still out on which ex inspired Katy's song, though. The lyrics describe trying hypnotherapy in an attempt to "rewire this brain" that "can't even go on the internet without even checking" for said ex's name. After admitting she feels like she's "losing self-control" while thinking about the relationship, she goes on to sing, "Two years, and just like that / My head still takes me back / Thought it was done / but I guess it's never really over / Oh, we were such a mess / But wasn't it the best?" The Blast points out the song is probably not about Katy's ex-husband, Russell Brand, whom she was with more than two years — things didn't end very well there, either. Katy's said she was very much in love with John Mayer while they were together, which was also more than two years despite being on-and-off. Katy dated her soon-to-be husband, Orlando Bloom on and off, too, beginning in 2016. If that makes it harder to track down the answer, maybe that's OK. As USA Today notes in its review of the track, the tune is ultimately about "self love."

Speaking of post-split self love, Wendy Williams has started wearing one of her longtime favorite rings — a flower shaped number covered in diamonds she previously wore on her right hand — on her left ring finger, where her wedding band used to be. The Blast reports she showed off the change on her show on Thursday, May 30, but a promotional pic taken in Chicago last week indicates she's been accessorizing her all-important finger with a Kevin Hunter memory-free ring for some time. Wendy filed for divorce from Kevin after 21 years of marriage this spring amid news he'd fathered a child with another woman.

Kim Kardashian West continued her criminal justice advocacy work this week with another visit to San Quentin death row inmate Kevin Cooper, according to TMZ. Kevin's the same prisoner Kim reached out to the governor's office about last fall in the hopes of having his case reevaluated. TMZ reports the 61-year-old was convicted of murdering four people in Chino Hills, California, in the '80s. He has always maintained he was framed. In October, as new evidence became available that might have proven his alleged innocence, Kim urged the governor to order additional DNA testing. Both the last governor, Jerry Brown, and Gavin Newsom, who replaced him, followed through on Kim's request. While others have also pushed for Kevin's case to get a second chance, TMZ reports Kim and her team were central to getting the DNA tests ordered. As the authorities await the result of those tests, Kim sat down with Kevin for two hours on Thursday, May 30, leading her to feel even more confident of his innocence. If released, Kevin, who has been on death row since 1983, would be the 18th prisoner Kim and her team have successfully helped find freedom.

Britney Spears and Kevin Federline's son, Preston, is ready for high school. The 13-year-old reportedly graduated from 8th grade on Wednesday, May 29, and his mom was there to cheer him on as he scooped up his diploma. A source tells Us Weekly Preston and his brother Jayden, 12, have been attending the same private Christian school in Los Angeles, and that Preston's graduation was "held just down the road" at a church. Britney, who's been mired in discussions about her conservatorship since she completed treatment at a mental health center, has been co-parenting her sons with Kevin since they split in 2007. Though he has legal sole custody, the boys spend half their time with their mom.

Now that they're parents to Archie, Prince Harry and Duchess Meghan are putting the finishing touches on their large-scale renovation of Frogmore Cottage. People reports the interior renovations were completed ahead of Archie's birth and the couple are now tackling the doors, windows and walls on the main house's exterior as well as some of the other buildings on the property and the garden, which is getting new lights added. Describing the five-bedroom home as "so cute and warm," a source tells People: "The energy of the space is so much better [than Kensington Palace]. It's a total fresh start."

Mindy Kaling debuted the first feature film she's ever written this week — and she hit the premiere looking stunning, with her close friend (and ex), BJ Novak at her side. "I've been working on this movie for three years," the Valentino-clad tar told ET of "Late Night" at the movie's Los Angeles premiere on Thursday, May 30. "It's a comedy movie but to make a comedy movie can sometimes be heartbreaking," she added. In the film, Mindy plays a writer who comes on board at a late-night talk show to help the host, played by Emma Thompson, save her program. Mindy's also working on a rebooted-for-TV version of 1994's "Four Weddings and a Funeral," complete with an appearance from original star Andie MacDowell and producer support from the original screenwriter, Richard Curtis. "It's terrifying and exciting — it's both!" she said. "We're not trying to do a remake. We just love our new cast. It's a new world — miniseries." "Late Night" hits theaters June 7. "Four Weddings and a Funeral" is set to premiere on Hulu on July 31.

She's come around now, but Sophie Turner still wishes her Las Vegas wedding to Joe Jonas had not gone public. Speaking to PorterEdit magazine, the new bride admits, "But it's tricky when people livestream it," in reference to Diplo, who caused some tension on social media when he posted a clip from Sophie and Joe's ceremony on Instagram Live. "It would have been better if no one had known," Sophie muses. "but I actually think it was funny." While the 23-year-old is aware people would have found out eventually — "I think at some point I would have had to stop saying 'fiancé,'" she says — she's also pretty sure she would have tried to keep the vow exchange to herself for as long as possible. "Marriage is a private thing between two people and I think that's how it should always be," she explains. "It's not about the dress, it's not about the food. It's about being husband and wife, and being dedicated to each other forever." She and Joe are rumored to be planning a bigger wedding this summer in Europe, according to Us Weekly. A source previously told People the pair needed to tie the knot at some point in the U.S. prior to the wedding they intended to have overseas to make it legal.

After days of headlines about the sexual abuse Ellen DeGeneres discusses enduring on David Letterman's "My Next Guest Needs No Introduction," Ellen's mom, Betty DeGeneres, 89, released a statement to NBC News through her daughter in which she says she regrets not believing Ellen when she told her what had happened. "I know now that one of the hardest things to do is speak up after being sexually abused," Betty says in the statement (via Today). "I love my daughter, and I wish I had the capacity to listen to her when she told me what happened. I live with that regret, and I wouldn't want that for any other parent. If someone in your life has the courage to speak out, please believe them." On the new Netflix episode, Ellen reveals her stepfather began abusing her at age 15 when her mother had a mastectomy. In addition to sharing the details of what happened, Ellen says she regrets having protected her mom by initially not telling her what happened. 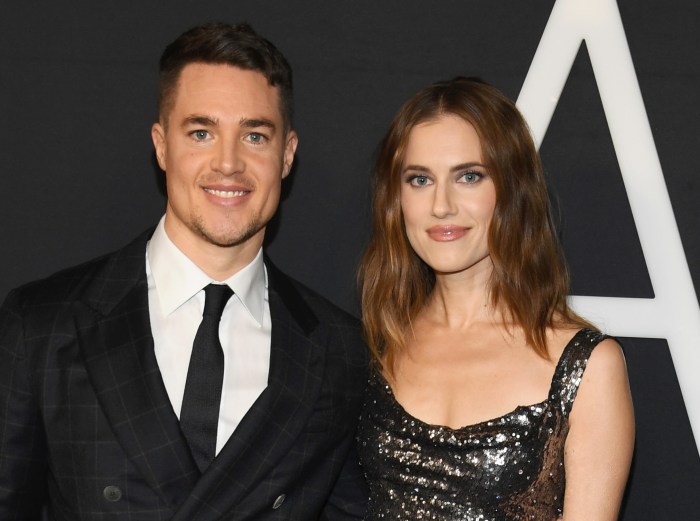