Happy 2018! Mom-to-be Khloe Kardashian and Tristan Thompson cozied up on the coach as the stroke of midnight approach on New Year's Eve, Sunday, Dec. 31, with Tristan taking a moment to post a Snapchat from their low-key holiday hang. Read on to see how Jessica Alba, Mariah Carey, Justin Bieber and more of your favorite stars said "goodbye" to 2017 and welcomed the new year …

Jessica Alba and her husband Cash Warren celebrated New Year's Eve this year with one new family member: their newborn daughter! "Hayes Alba Warren 12/31/17 Best gift to ring in the New Year!!" Jessica wrote on Instagram on Jan. 1, 2018. "Cash and I feel so blessed. Haven and Honor are already obsessed with their new baby bro. 👶🏽💙 #familyof5." Congrats!

Chrissy Teigen and John Legend celebrated the start of 2018 by heading back home to Los Angeles from Tokyo, where they were on vacation. "2017's greatest hits. Featuring my beautiful wife and daughter, of course," John later wrote on Instagram. "I love them so much and I look forward to us growing and flourishing together in 2018. Happy New Year to everyone!!"

"New year, new adventures!" pregnant Eva Longoria wrote on Instagram on Dec. 31, 2017. "I'm so grateful to my beautiful family for giving this new baby so much love already! 🙏🏻 #HappyNewYear #2018."

Kim Kardashian West was hanging out with her husband, Kanye West, and their daughter, North West, on New Year's Eve, when she shared a video of the happy fam — along with her request for a smooch from her man.

Mark Wahlberg hit the beach with friends in Barbados on Dec. 31, 2017.

Hugh Jackman shared a silly video of himself and some friends watching the fireworks in Sydney, Australia, on New Year's Eve 2017.

Maria Menounos, who celebrated New Year's by marrying Keven Undergaro live on the air on Dec. 31, 2017, was also at "Dick Clark's New Year's Rockin' Eve" in New York City for the big night.

Hailey Baldwin took a load off on New Year's Day 2018, relaxing with friends on Miami Bach.

Sir Paul McCartney and his family, including his daughter Stella McCartney, enjoyed some holiday downtime in St. Barts with George Lucas and his family on Dec. 31, 2017. 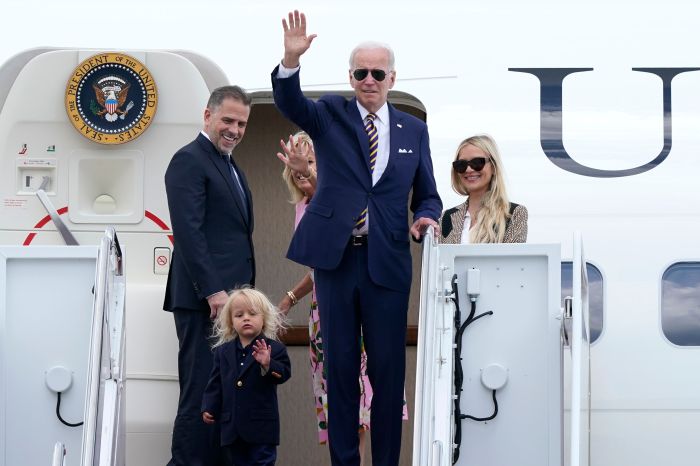